The International Paralympic Committee is an international non-profit organisation and the global governing body for the Paralympic Movement. The IPC organizes the Paralympic Games and functions as the international federation for nine sports. Founded on 22 September 1989 in Düsseldorf, Germany, its mission is "To enable Paralympic athletes to achieve sporting excellence and inspire and excite the world". Furthermore, the IPC wants to promote the Paralympic values and to create sport opportunities for all persons with a disability, from beginner to elite level.

The 2008 Summer Paralympic Games, the 13th Paralympics, took place in Beijing, China from September 6 to 17, 2008. As with the 2008 Summer Olympics, equestrian events were held in Hong Kong and sailing events in Qingdao. 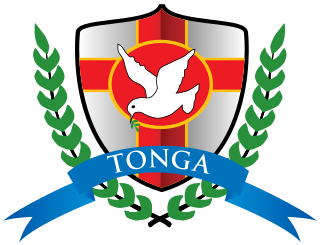 Tonga sent a delegation to compete at the 2000 Summer Olympics in Sydney, Australia from 15 September to 1 October 2000. Sydney was Tonga's fifth consecutive appearance at a Summer Olympic Games. The Tongan delegation to Sydney consisted of two track and field athletes; Toluta'u Koula and Ana Siulolo Liku; and weightlifter Tevita Kofe Ngalu. Neither of the track athletes advanced beyond the first round of their events, while Ngalu came 13th in the men's 105 kg category. 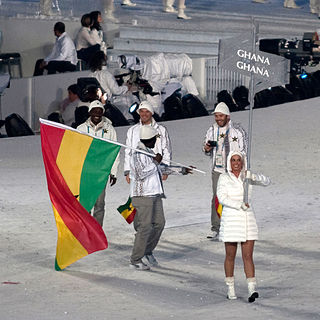 ʻAna Poʻuhila is a Tongan athlete.

Tonga sent a delegation to compete at the 2008 Summer Paralympics in Beijing, China.

Tonga sent a delegation to compete at the 2004 Summer Paralympics in Athens, Greece. The country was represented by a single athlete, Alailupe Valeti, who competed in a shot put event for visually impaired athletes.

Tonga sent a delegation to compete at the 2000 Summer Paralympics in Sydney, Australia. The country was represented by a single athlete, Alailupe Valeti, who competed in the discus and in the shot put, in events for visually impaired athletes. It was Tonga's first participation in the Paralympic Games.

New Zealand competed at the 2016 Summer Paralympics in Rio de Janeiro, Brazil, from 7 to 18 September 2016. It was the nation's thirteenth appearance at the Summer Paralympics, having made its debut in 1968 and appeared in every edition since.

Tonga competed at the 2016 Summer Paralympics in Rio de Janeiro, Brazil, from 7 September to 18 September 2016.

Tupou Neiufi is a New Zealand para-swimmer who represented her country at the 2016 Summer Paralympics and the 2018 Commonwealth Games.