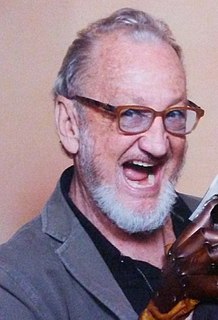 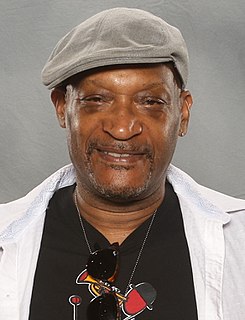 A fan film is a film or video inspired by a film, television program, comic book, book, or video game created by fans rather than by the source's copyright holders or creators. Fan filmmakers have traditionally been amateurs, but some of the more notable films have actually been produced by professional filmmakers as film school class projects or as demonstration reels. Fan films vary tremendously in quality, as well as in length, from short faux-teaser trailers for non-existent motion pictures to full-length motion pictures. Fan films are also examples of fan labor and the remix culture. Closely related concepts are Fandubs, Fansubs and Vidding which are reworks of fans on already released film material.

Lou Taylor Pucci is an American actor who first appeared on film in Rebecca Miller's Personal Velocity: Three Portraits in 2002. Pucci had his breakthrough leading role in Thumbsucker (2005), for which he won a Special Jury Prize at the Sundance Film Festival. Pucci then starred in The Chumscrubber (2005), Fast Food Nation (2006), The Go-Getter (2007), Explicit Ills (2008), and Carriers (2009). Pucci had starring roles in the 2013 Evil Dead remake, as well as The Story of Luke (2013) and Spring (2014).

Hannah Dakota Fanning is an American actress. She rose to prominence at the age of seven for her performance as Lucy Dawson in the drama film I Am Sam (2001), for which she received a Screen Actors Guild Award nomination at age eight, making her the youngest nominee in SAG history. Fanning played major roles in the films Uptown Girls (2003), The Cat in the Hat (2003), Man on Fire (2004), War of the Worlds (2005), Dreamer (2005), and Charlotte's Web (2006).

Georgie may refer to:

Derek Mears is an American actor and stuntman. Often appearing in horror and science-fiction titles, he came to prominence for portraying Jason Voorhees in the 2009 reboot of Friday the 13th. His film roles also include The Hills Have Eyes 2 (2007), Predators (2010), Pirates of the Caribbean: On Stranger Tides (2011), Hansel & Gretel: Witch Hunters (2013), and Alita: Battle Angel (2019). On television, he played the title character in the series Swamp Thing (2019).

Christopher Milligan is an Australian actor. From 2008 onwards, he has played Kyle Canning in the television soap opera Neighbours. He initially started out as a recurring cast member, until he was promoted to the regular cast in 2011. Milligan also played the lead role of David in supernatural fantasy show Dead Gorgeous, and made guest appearances in Rush, The Pacific, Winners & Losers, and Arrow. He appeared in the horror film The Gallows Act II, and reprised his Neighbours role after a three-year absence.

The Tremors franchise consists of a series of American monster comedy-horror films and a spin-off television show, with a plot centered around attacks from a subterranean worm-like creatures known as Graboids. It began in 1990 with the release of Tremors, which spawned a series of direct-to-video films and the titular television series. In 2016, a second television series was ordered to air on Syfy, and a pilot was shot, but the project was ultimately cancelled.

Jaeden Martell is an American actor. He has played the role of Bill Denbrough in the 2017 and 2019 film adaptations of the Stephen King novel It. He has also appeared in the mystery film Knives Out (2019) and starred in the miniseries Defending Jacob (2020).

It is a 1990 American ABC two-part psychological horror drama miniseries directed by Tommy Lee Wallace and adapted by Lawrence D. Cohen from Stephen King's 1986 novel of the same name. The story revolves around a predatory monster which has the ability to transform itself into its prey's worst fears, allowing it to exploit the phobias of its victims. It mostly takes the humanoid form of Pennywise, a darkly comedic clown. The protagonists are The Lucky Seven, or The Losers Club, a group of outcast kids who discover Pennywise and vow to kill him by any means necessary. The series takes place over two different time periods, the first when the Losers first confront Pennywise as children in 1960, and the second when they return as adults in 1990 to defeat him a second time after he resurfaces. 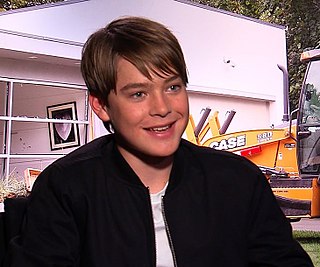 Judah Lewis is an American actor. He is known for his main roles in the films The Babysitter, its sequel The Babysitter: Killer Queen, and Demolition.

Sophia Lillis is an American actress. She is known for her role as Beverly Marsh in the horror films It (2017) and It: Chapter Two (2019) and for her starring role as a teenager with telekinetic abilities in the Netflix drama series I Am Not Okay with This (2020). Lillis has also appeared in the HBO psychological thriller miniseries Sharp Objects (2018), in which she portrayed the younger version of Amy Adams' character in flashbacks.

Critters Attack! is a 2019 horror comedy reboot of the 1986 film Critters. It is the fifth entry in the Critters film franchise. Although the returning actress Dee Wallace was assumed to be portraying a new heroine distinct from the Helen Brown character, Wallace herself confirmed that she was reprising the original role, with a name change to "Aunt Dee" due to potential legal issues. 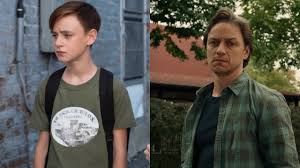 William "Bill" Denbrough is a fictional character created by Stephen King and the main protagonist of his 1986 novel It. The character is considered to be the leader of "The Losers Club" and initiates finding and killing Pennywise the Dancing Clown after his younger brother Georgie is killed by the clown. The character was first portrayed in the 1990 miniseries by Jonathan Brandis as a child, and by Richard Thomas as an adult, then in the 1998 television series by Mamik Singh as an adult. In the 2017 adaptation and its 2019 sequel, the character was portrayed by Jaeden Martell as a child and James McAvoy as an adult. 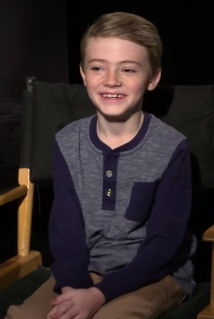 Jackson Robert Scott is an American child actor known for playing Georgie Denbrough in the films It Chapter One (2017) and It Chapter Two (2019) and Bode Locke in the Netflix series Locke & Key (2020–).

Candyman is an upcoming American supernatural slasher film directed by Nia DaCosta and written by Jordan Peele, Win Rosenfeld and DaCosta. It is a direct sequel to the 1992 film of the same name and the fourth film in the Candyman film series, based on the short story "The Forbidden" by Clive Barker. The film stars Yahya Abdul-Mateen II, Teyonah Parris, Nathan Stewart-Jarrett and Colman Domingo, along with Tony Todd and Vanessa Estelle Williams reprising their roles from the original film. 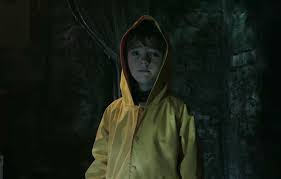 George Elmer Denbrough is a fictional character created by Stephen King from his 1986 horror novel, It. Georgie is the younger brother of Bill Denbrough, who falls prey to Pennywise the Dancing Clown. He is used by Pennywise to taunt Bill throughout the novel. Georgie is portrayed by Tony Dakota in the 1990 miniseries adaptation and by Jackson Robert Scott in the 2017 re-adaptation and reprises his role in the 2019 sequel. Dakota also reprised his role for a short film titled Georgie which shows a "What If" scenario if Georgie had survived his encounter with Pennywise.