Dortie was born in London and grew up in Lewes, Sussex. He later attributes his out-going personality to his mixed childhood of Sussex Countryside and Inner City London combining a Broadcasting career with charity work. [5]

Whilst at school, Dortie was a contributor to Music Box where he started his on screen broadcast career. Moving on to work for Children's BBC UP2U and then joining Ant & Dec, Zoë Ball and Peter Andre as one of the 1990s hosts of Top of the Pops. His Marmite style of presenting by talking with many inner city urban phrases, such 'Peace out' 'Laterz' and 'Respect', was not to everyone's taste and earned mixed and often critical reviews. [6]

Dortie enjoyed his first breakthrough from creating and writing TV formats with the show, TXTC, [8] which was broadcast first in Thailand, and then many other Asian countries. In 2004, TXTC was nominated for an Asian TV Award for best game show source. [9] Dortie next wrote Chain Reaction for Fox8 in Australia hosted by Mieke Buchan.

His writing skills caught the attention of FremantleMedia, and then 2waytraffic, [10] where he enjoyed success with TXTC. [11]

A chance meeting with the UK team behind G-Unit led Dortie into becoming an MC and appearing regularly as the Saturday night host of Madnights at "Cirque at the Hippodrome", as well as touring internationally. During this time he worked on stage with Pharrell, Akon, Simon Webbe, Lethal Bizzle, D12, Flawless and hosted a live Pimp My Ride International with Xzibit.

Coupled with this activity in 2006, Dortie also started hosting and producing Red Carpet events, which received a certain amount of celebrity response and media coverage. 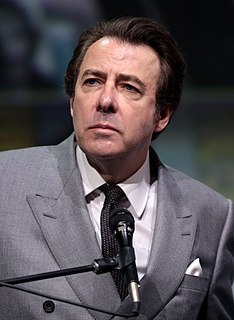 Jonathan Stephen Ross is an English television and radio presenter, film critic, actor and comedian. Best known for presenting the BBC One chat show Friday Night with Jonathan Ross during the 2000s, Ross also hosted his own radio show on BBC Radio 2 and acted as a film critic and presenter of the Film programme. After leaving the BBC, Ross then began hosting a new chat show on ITV, The Jonathan Ross Show. Other regular roles have included being a regular panellist on the comedy sports quiz They Think It's All Over and being a regular presenter of the British Comedy Awards.

Jamie Theakston is an English television presenter, producer, and actor. He co-presented the former Saturday morning BBC One children's show Live & Kicking, alongside Zoe Ball between 1996 and 1999. He co-hosted BBC One's former music programme Top of the Pops between 1998 and 2003. He currently co-hosts the national breakfast show with Amanda Holden on Heart Radio. He narrated the BBC documentary series Traffic Cops from 2003 and 2015, and again on Channel 5 from 2016 onwards. He has hosted several television programmes for the BBC, ITV, Channel 4 and Channel 5. He has won a BAFTA for Live & Kicking and numerous awards for his radio work including a SONY GOLD, 3 Silver Awards and 4 Bronze awards, 2 ARQIVA Awards, 3 TRIC awards and 2 New York Radio Festival Awards.

Arthur Clifford Michelmore was an English television presenter and producer. 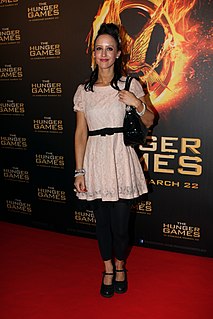 Patrick Kielty is a Northern Irish comedian and television personality. 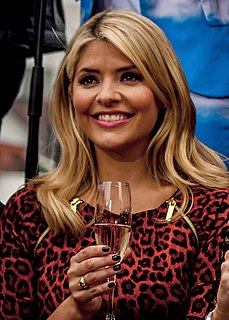 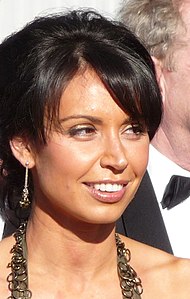 Sameena Ali-Khan is a British media personality who is known as a television presenter, journalist and newsreader. She is also a published author.

Richard Andrew Arnold is an English television presenter, currently working as a freelance journalist and he is the Entertainment Editor for ITV's breakfast show Good Morning Britain.

I'm a Celebrity...Get Me Out Of Here! is a British survival reality television show, created by London Weekend Television (LWT), produced by ITV Studios, and aired on ITV from Australia. The format sees a group of celebrities living together in extreme conditions with few creature comforts. Each member undertakes challenges to secure additional food and treats for the group, and to avoid being voted out by viewers during their stay, with the final episode's votes nominating who wins a series and become crowned as "King or Queen". In February 2020, it was reported that ITV had renewed the show for 3 more series keeping it on air until 2022. 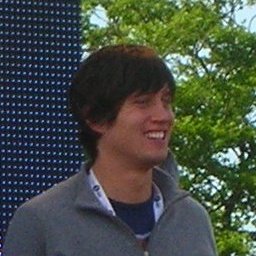 The Jonathan Ross Show is a British comedy chat show presented by Jonathan Ross. It was first broadcast on ITV on 3 September 2011 and airs on Saturday evenings following the conclusion of Ross' BBC One chat show, Friday Night with Jonathan Ross, in July 2010.

Tasmin Lucia-Khan is a British film producer, television personality, news anchor and entrepreneur. In the UK, she is most known for being the face of BBC Three News, hosting E24 on BBC News, and fronting the morning news for ITV Breakfast show Daybreak now known as Good Morning Britain. She was appointed CEO of Hollywood film company WR Entertainment in 2016 and subsequently took the company public on the Oslo Stock Exchange Merkur Market.

Victoria Nwayawu Nwosu-Hope is a British multi-lingual TV and radio presenter, journalist and published author. She hosted the Capital Breakfast show on Capital FM radio station. She also presents Crufts on Channel 4, Carnage on Sky One, Trending Live on 4Music, Life Hacks on BBC Radio 1, FYI Daily on ITV2 and became the backstage presenter for ITV's The X Factor in 2019, after becoming the digital reporter for The Voice UK in 2018. In 2020, she became the red carpet host of 2020 BAFTA Film Awards. In October 2020, it was announced that Hope would host a new ITV Hub sister show entitled I'm a Celebrity...The Daily Drop.