Tony Harrison is a communications consultant from Tasmania who has worked in journalism and public relations, marketing and government relations. He is a former political journalist and former press secretary to two Tasmanian Premiers. Tony Harrison was a former corporate affairs manager with the Australian Tourist Commission. He is a former Executive Chairman [1] of Tasmanian public relations, marketing and government relations consultancy, Corporate Communications [2] and was a majority shareholder of the business. Tony Harrison has been involved in providing high-level corporate advice and political lobbying services [3] to clients in Tasmania and Australia, as well as overseeing community consultation programs for the corporate sector and for government. He is the former National President of the Public Relations Institute of Australia (PRIA) and past President of the PRIA in Tasmania. He has won awards for public relations and marketing including a PRIA National Golden Target Gold Award in 2000 and 2003 for government communication. The consultancy has won a National Golden Target Gold award. Tony Harrison was also awarded a special Tasmania Day Award for his service to the public relations profession. Outside the business, Tony Harrison is a Director of Cricket Australia (the former ACB) and former Chairman of Cricket Tasmania, and a member of the Council of the Australian Institute of Company Directors (AICD). [4]

Harrison was on the PRIA Tasmanian Council for approximately 12 years and served as Vice President for two years followed by four years as Tasmanian President. He was involved in the organisation of two national conferences held in Tasmania and was chairman of a highly successful 1992 Hobart event. Tony Harrison was instrumental in establishing the Tasmanian Awards for Excellence in conjunction with two sister organisations, the Australian Marketing Institute and the Advertising Club of Tasmania and chaired the Awards committee for three terms. The Tasmanian awards became the benchmark for the establishment of similar State-based awards programs throughout Australia.

Paul Anthony Lennon is a Labor Party politician. He was Premier of Tasmania from 21 March 2004 until his resignation on 26 May 2008. He was member of the Tasmanian House of Assembly for the seat of Franklin from 1990 until officially resigning on 27 May 2008. He left office abruptly after his preferred premier rating fell to 17%, largely as a result of perceptions of corruption in his government's fast-tracked approval of the Gunns Bell Bay Pulp Mill proposal, which had effectively bypassed normal planning procedure. 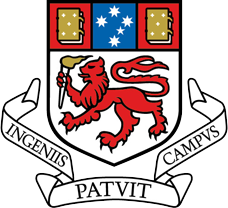 The University of Tasmania (UTAS) is a public research university primarily located in Tasmania, Australia. Founded in 1890, it is Australia's fourth oldest university. Christ College, one of the university's residential colleges, was founded in 1846 and is the oldest tertiary institution in the country. It is a sandstone university and a member of the international Association of Commonwealth Universities and the Association of Southeast Asian Institutions of Higher Learning.

Richard Mansell Colbeck is an Australian politician. He has been a Senator for Tasmania since 2018, representing the Liberal Party, and served a previous term in the Senate from 2002 to 2016. He has been Minister for Aged Care and Senior Australians and Minister for Youth and Sport in the Morrison Government since May 2019.

Douglas Ackley Lowe AM was the 35th Premier of Tasmania, from 1 December 1977 to 11 November 1981. His time as Premier coincided with controversy over a proposal to build a dam on Tasmania's Gordon River, which would have flooded parts of the Franklin River. The ensuing crisis saw Lowe overthrown as Premier and resign from the Labor Party, acting as an independent for the remainder of his political career.

Tasmanians for a Better Future is a group of concerned business and community members that was formed in the lead up to the 2006 Tasmanian state election. 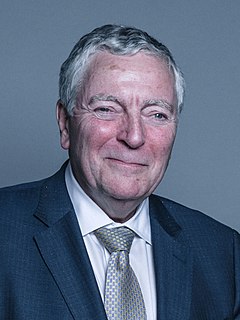 Terrence Gordon Aulich is a former Australian Labor Party politician who represented the Division of Wilmot in the Tasmanian House of Assembly (1976–82) and the state of Tasmania in the Federal Senate (1984–93).

Peter Elliot Rae AO is an Australian retired politician who represented the Liberal Party for the state of Tasmania in the Australian Senate. He served as a Senator from 1967 until his resignation in January 1986. He was subsequently elected to the division of Bass in the Tasmanian House of Assembly at the February 1986 election, serving until his defeat on 13 May 1989. 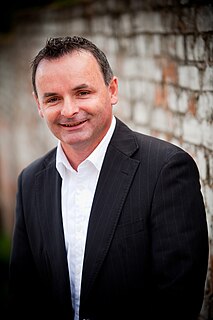 David O'Byrne is an Australian trade unionist and politician. A prominent union leader prior to entering politics and the brother of fellow politician Michelle O'Byrne, he has been a Labor Party member of the Tasmanian House of Assembly since 2018 and previously served from 2010 to 2014, representing the electorate of Franklin.

Cricket Tasmania is the administrative body for cricket in Tasmania, Australia, and they are based at Bellerive Oval.

Jorge A. Plasencia is a Cuban-American entrepreneur and civic leader. He is chairman and CEO of Republica Havas, a creative, media, and communications agency, that he co-founded in 2006 as a small start-up. Plasencia is the co-founder and chairman emeritus of Amigos For Kids, a Miami-based nonprofit started in 1991 to serve underprivileged children and families. He is also the former board chair of UnidosUS, the largest national Hispanic civil rights and advocacy organization in the United States.

Tourism Tasmania is the authority of the Government of Tasmania for dealing with tourism.