Anthony Craig James is an English former footballer. He played as a centre back for Gainsborough Trinity, Lincoln City, Leicester City, Hereford United and Plymouth Argyle.

He is best remembered at Leicester as being the player who scored the goal that kept Leicester from dropping into the 3rd tier of English football for the first time, after his 24th minute close range conversion from a corner saw Leicester beat Oxford United 1–0 to climb out of the relegation on the final day of the 1990-91 season, which ultimately saw the start of the club's upturn in form in the 1990s. He was also awarded the club's Player of the Year award in the same season. However a broken leg in a game against Wolverhampton Wanderers in October 1991 and several injuries afterwards halted his progression and he never really claimed an extended run in the Leicester side after that. [1] 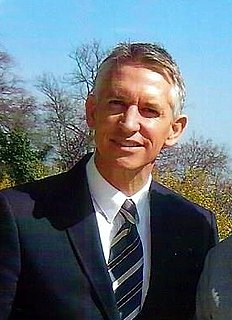 Gary Winston Lineker is an English former professional footballer and current sports broadcaster. He is regarded as one of the greatest English strikers. Lineker's media career began with the BBC, where he has presented the flagship football programme Match of the Day since the late 1990s. He is also the BBC's lead presenter for live football matches, including their coverage of international tournaments. He has also worked for Al Jazeera Sports, Eredivisie Live, NBC Sports Network and currently hosts BT Sport's coverage of the UEFA Champions League. 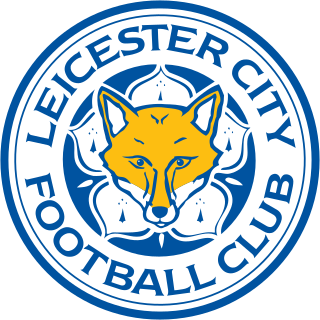 Claudio RanieriGrande Ufficiale OMRI is an Italian football manager and former player who is the current head coach of Serie A club Sampdoria.

Steven John Howard is a former professional footballer who played as a striker. Howard was usually cited as a typical target man and renowned for his aerial strength. 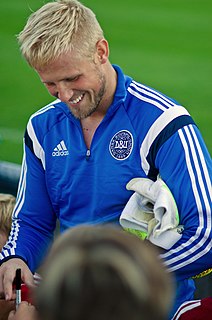 Brian Christopher Deane is an English football coach and former player. He is currently the owner of Football Superleague of Kosovo side Ferizaj. His most recent managerial position was as the manager of the Norwegian side Sarpsborg 08. 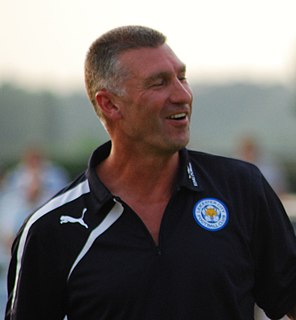 Nigel Graham Pearson is an English football manager and former professional player. During his playing career, he was a defender and played for Shrewsbury Town, Sheffield Wednesday and Middlesbrough. As a coach he has taken charge of Hull City, Southampton, Carlisle United, Leicester City, Derby County, OH Leuven, and Watford; and was assistant manager for England Under-21s and Newcastle United.

Colin Harry Appleton is an English former footballer and manager. He was captain of the celebrated Leicester side nicknamed the "ice kings" which chased the double in 1962–63 and he also captained the club to their first ever major honour, winning the 1964 League Cup. 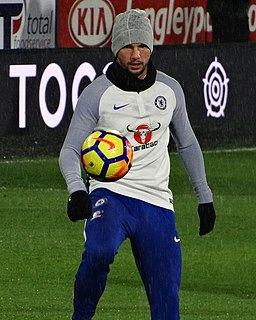 Daniel Noel Drinkwater is an English professional footballer who plays as a midfielder for Süper Lig club Kasımpaşa on loan from Premier League club Chelsea. He previously played for Manchester United and Leicester City, and has spent time on loan at Huddersfield Town, Cardiff City, Watford, Barnsley, Burnley and Aston Villa. Drinkwater has also played internationally for England at under-18, under-19 and senior levels. He is a Premier League winner, having won the competition with Leicester in the season of 2015–16.

The 2009–10 season was Leicester City F.C.'s 105th season in the English football league system and their 58th in the second tier of English football. It was their first season back in the Championship after promotion from League One as champions in 2008–09. It was also the club's 125th anniversary season. 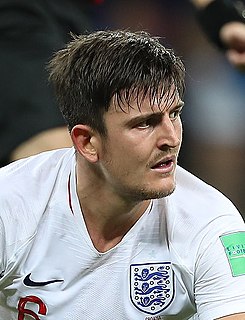 Jacob Harry Maguire is an English professional footballer who plays as a centre-back for Premier League club Manchester United, whom he captains, and the England national team. 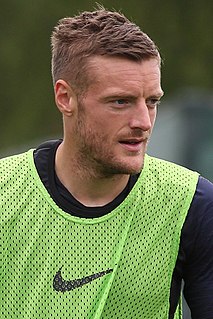 Jamie Richard Vardy is an English professional footballer who plays as a striker for Premier League club Leicester City and the England national team. 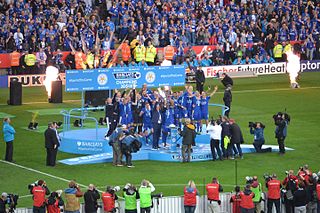 The 2015–16 Premier League was the 24th season of the Premier League, the top English professional league for association football clubs, since its establishment in 1992. The season began on 8 August 2015, and was scheduled to conclude on 15 May 2016. However, the match between Manchester United and Bournemouth on the final day was postponed to 17 May 2016 due to a suspicious package found at Old Trafford.