Jewell trained in medicine at Christ's College, Cambridge and The London Hospital Medical College. After qualifying he undertook vocational training in general practice in East London going on to become a GP in inner London for 10 years. During this time he helped develop a teaching and research focussed group practice by merging single-handed practices and designed a new purpose-built health centre in Chrisp Street, Poplar. During his time in East London he served on Tower Hamlets Area Health Authority for 6 years as the trades union representative and chaired the multiagency Joint Consultative Committee. While in Tower Hamlets he lobbied for investment in inner city general practice, commissioned Prof Brian Jarman to lead the Tower Hamlets Health Inquiry helping the development of Under Privileged Area (UPA) scores, published on the workload associated with out of hours care and was Secretary to the Wendy Savage Support Campaign.

In response to the 1988 Acheson report "Public Health in England" he applied to undertake public health training in East Anglia and was based in Cambridge Health Authority where he undertook an evaluation of counselling in general practice. He worked at the Department of Health during his training helping to produce the first Executive letter on Improving Clinical Effectiveness. (EL(93) 115). When he completed his accreditation he was appointed as a consultant in public health medicine in Peterborough, the most disadvantaged district in East Anglia. His professional interests have included the link between public health and primary care, health inequalities and preventing road traffic crashes. He investigated the high mortality ratio from Road Traffic Accidents in Fenland and helped sponsor research at the University of East Anglia on comparative rates across England and Wales and the specific environmental risks such as "road bendiness". He helped manage several important inquiries while serving as a Director of Public Health such as a fatality from Methotrexate toxicity, the David "Rocky" Bennett inquiry into restraint and a fatal case of neonatal MRSA in Ipswich. During his time as Clinical Director and DPH in East Anglia he advocated for improving clinical quality by the strengthening of managed clinical networks. Between 2002-2004 he was elected and served as President of the UK Association of Directors of Public Health ensuring the organisation was an effective influence in NHS reforms such as Shifting the Balance.

In 1984 he published, with Sheila Hillier, a book Healthcare and Traditional Medicine in China 1800–1982 (RKP). To learn about traditional Chinese medicine (TCM) he undertook acupuncture training in Beijing in 1980 obtaining a DipAc from the Academy of Traditional Chinese Medicine.Yorkshire TV produced a documentary on his work in China and London titled "From Peking to Poplar". He was an active council member of the Socialist Health Association for many years being committed to the NHS but resigned on being appointed CMO. He is Treasurer of the Charity "Womanschoice" developed after the Wendy Savage affair and of the Stark Murray Trust.

He has held the following senior posts in public health:

During his time as CMO, Jewell produced six CMO annual reports which identified the health needs and priorities for Wales. He advocated smoke-free legislation bringing in the "smoke-free public spaces, pubs and restaurants" legislation, and promoted the policy of banning smoking in cars with children present. He led the creation of an integrated public health system, using the model of the three domains of public health practice, creating Public Health Wales and Director of Public Health posts in the Health Boards. During his time the resources for life science research and development increased significantly and he led the creation of the National Institute for Social Care and Health Research (NISCHR) for Wales. He championed cascade testing for familial hypercholesterolaemia with the British Heart Foundation so that Wales became the first UK country to introduce it successfully. He was a strong advocate for government to use legislation to support health improvement measures such as healthy food vending machines in schools and hospitals, smoke-free NHS buildings and grounds, sunbed use legislation, food hygiene scores "on the doors", alcohol pricing and supporting cycling and physical activity initiatives. He consistently urged the Welsh Government to address the embedded health inequities in South Wales through long-term investments in housing, education and jobs. He intervened to defuse the Bridgend suicide cluster media response ensuring an all Wales strategic response to suicide prevention. He also advocated the need to increase MMR vaccine uptake given the relatively low rates and during his time there was a steady increase toward target levels. He received the Faculty of Public Health's Alwyn Smith Prize for his leadership as CMO during the 2009 pandemic flu response and received an honorary doctorate from the University of Glamorgan and an Honorary Fellowship from Cardiff Metropolitan University. He gave the Aneurin Bevan Foundation Annual Lecture in 2006 on his priorities as CMO for Wales and this included the need to recognise the contribution of Archie Cochrane in Wales and Dr Julian Tudor-Hart's inverse care law. He is on the Advisory Board of the Welsh International Health Co-ordinating Centre and the Wales for Africa Health Links Network.

He was appointed as a Fellow of both the Royal College of GPs and Faculty of Public Health having been a member of both through examination. He has published in peer reviewed journals on inner-city general practice, out-of-hours cover, counselling, road traffic injuries, prevention, the three domains of public health practice and public health governance. He delivered a lecture on "From Primary Care to Public Health and Government Policy - reflections of CMO Wales" in July 2012 ( http://vimeo.com/channels/socsitv/49232858 ). He was also interviewed in 2013 on his experience as a medical leader drawing out some key points on values, context and vision to action. ( http://www.academicdermatology.co.uk/adh4e.htm%5B%5D )

A medical guideline is a document with the aim of guiding decisions and criteria regarding diagnosis, management, and treatment in specific areas of healthcare. Such documents have been in use for thousands of years during the entire history of medicine. However, in contrast to previous approaches, which were often based on tradition or authority, modern medical guidelines are based on an examination of current evidence within the paradigm of evidence-based medicine. They usually include summarized consensus statements on best practice in healthcare. A healthcare provider is obliged to know the medical guidelines of his or her profession, and has to decide whether to follow the recommendations of a guideline for an individual treatment.

Clinical audit is a process that has been defined as "a quality improvement process that seeks to improve patient care and outcomes through systematic review of care against explicit criteria and the implementation of change".

Alan Julian Macbeth Tudor-Hart, commonly known as Julian Tudor Hart, was a British doctor who worked as a general practitioner (GP) in Wales for 30 years. He was involved with research and wrote many books and scientific articles.

Professor Sir Bruce Edward Keogh, KBE, FRCS, FRCP is a Zimbabwean-born British surgeon who specialises in cardiac surgery. He was Medical Director of the National Health Service in England from 2007 and National Medical Director of the NHS Commissioning Board from 2013 until his retirement early in 2018. He is Chair of Birmingham Women's and Children's NHS Foundation Trust.

The Dartmouth Institute for Health Policy and Clinical Practice (TDI) is an organization within Dartmouth College "dedicated to improving health care through education, research, policy reform, leadership improvement, and communication with patients and the public." It was founded in 1988 by John Wennberg as the Center for the Evaluative Clinical Sciences (CECS); a reorganization in 2007 led to TDI's current structure. 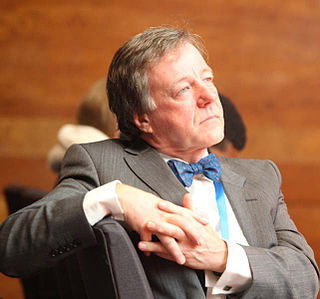 Michael Dixon LVO, OBE, MA, FRCGP was chair of the NHS Alliance from 1998 to 2015 and is a past President of the NHS Clinical Commissioners. He also chairs the College of Medicine. He is a Visiting Professor at University College London and the University of Westminster and National Clinical Champion for Social Prescribing.

Sir Andrew Paul Haines, is a British epidemiologist and academic. He was the Director of the London School of Hygiene & Tropical Medicine from 2001 to 2010.

The Health and Social Care Act 2012 is an act of the Parliament of the United Kingdom. It provides for the most extensive reorganisation of the structure of the National Health Service in England to date. It removed responsibility for the health of citizens from the Secretary of State for Health, which the post had carried since the inception of the NHS in 1948. It abolished primary care trusts (PCTs) and strategic health authorities (SHAs) and transferred between £60 billion and £80 billion of "commissioning", or healthcare funds, from the abolished PCTs to several hundred clinical commissioning groups, partly run by the general practitioners (GPs) in England but also a major point of access for private service providers. A new executive agency of the Department of Health, Public Health England, was established under the act on 1 April 2013.

Michael Alexander Leary Pringle CBE is a British physician and academic. He is the emeritus professor of general practice (GP) at the University of Nottingham, a past president of the Royal College of General Practitioners (RCGP), best known for his primary care research on clinical audit, significant event audit, revalidation, quality improvement programmes and his contributions to health informatics services and health politics. He is a writer of medicine and fiction, with a number of publications including articles, books, chapters, forewords and guidelines.

Healthcare in Cambridgeshire is now the responsibility of Cambridgeshire and Peterborough Clinical Commissioning Group, which is one of the biggest in the United Kingdom.

William Trevor Hamilton CBE is an expert in cancer diagnosis. He is professor of primary care diagnostics at the University of Exeter.