The 1966 U.S. Open was the 66th U.S. Open, held June 16–20 at the Lake Course of the Olympic Club in San Francisco, California. Billy Casper, the 1959 champion, staged one of the greatest comebacks in history by erasing a seven-stroke deficit on the final nine holes to tie Arnold Palmer; he then prevailed in an 18-hole playoff to win the second of his three major titles. It was the fourth playoff in five years at the U.S. Open, and the third for Palmer, the 1960 champion.

Hayley Gloria Palmer is an Olympian and National Record holding swimmer from New Zealand. She swam for NZ at the 2008 Beijing Olympic Games and 2012 Summer Olympics.

Andrew Clayton was born on April 10,1973 at Bradford, England and is a male English former competition swimmer.

Amy Marie Palmer is a retired female hammer thrower from the United States. Her personal best throw was 68.28 metres, achieved on April 29, 2000 in Philadelphia. 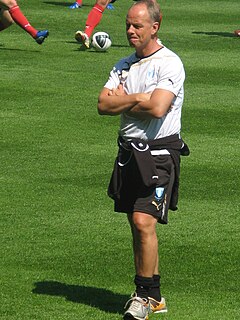 Barclay Palmer is a British former athlete who competed in the 1956 Summer Olympics.