Too Cool to Conga!

Too Cool to Conga! is the thirteenth studio album released by the American musical group Kid Creole and the Coconuts. It was released in 2001.

All tracks are written by August Darnell.

Some editions do not include "Savanna", "1+1=1" and "Choo Choo Cha Boogie", but include either "I'm Not Your Papa" (Mukupa featuring Kid Creole) or "I Love Muchachacha" as the final track.

Kid Creole and the Coconuts is an American musical group created and led by August Darnell. Its music incorporates a variety of styles and influences, in particular a mix of disco and Latin American, South American, Caribbean, and Calloway styles and conceptually inspired by the big band era. The Coconuts are a trio of female backing vocalists/dancers whose lineup has changed throughout the years. 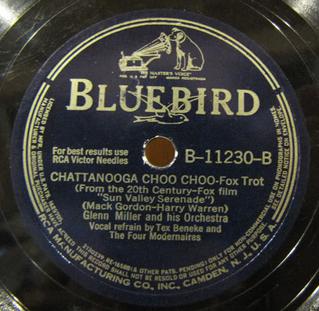 Tropical Gangsters is the third album by Kid Creole and the Coconuts, released on May 10, 1982. Originally conceived as a solo album by band leader August Darnell and titled Wise Guy, his label ZE Records pressured him to change it to a Kid Creole and the Coconuts record and to make it more commercial sounding in order to relieve the label's financial problems. Despite the tensions this caused within the band and Darnell's complaint that the subsequent record was a "cop-out", the more dance-pop oriented sound helped it reached number 145 on the Billboard 200 album chart, representing the group's commercial breakthrough in their home country. However, to the surprise of Darnell and his record company Tropical Gangsters was a huge success in Australia and New Zealand, Europe, and in particular the UK, where the album peaked at number three in the UK Albums Chart and yielded three top ten singles. Tropical Gangsters made Darnell a worldwide star, and the album remains both his and the ZE label's most successful record by far.

Choo Choo Soul is a children's entertainment act composed of Genevieve Goings and her partner Constantine "DC" Abramson, a dancer and beat boxer dressed as a railroad conductor.

The following is a comprehensive discography of They Might Be Giants, an American alternative rock band comprising several artists including John Flansburgh, John Linnell, Marty Beller, Dan Miller, and Danny Weinkauf. The band's first release was the November 4, 1986 eponymously titled They Might Be Giants, but TMBG did not gain commercial success until their March 1990 single "Birdhouse in Your Soul" from the album Flood. "Birdhouse in Your Soul" reached #3 on the United States Modern Rock Tracks chart and #6 on the UK Singles Chart and remains their highest-charting single in both countries. Over the next two decades, They Might Be Giants released studio albums on a near-biennial fashion and currently have a total of 22 studio albums along with 6 live albums, 8 compilation albums, 21 extended plays and 11 singles. 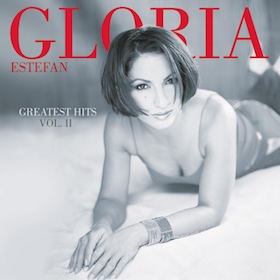 Fresh Fruit in Foreign Places is the second album by Kid Creole and the Coconuts and was released in 1981.

Doppelganger is the fourth studio album by Kid Creole and the Coconuts, released in 1983. The album was a relative commercial and critical disappointment following the group's most popular album Tropical Gangsters/Wise Guy. The album was released on LP and cassette in September 1983 and peaked at #21 in the UK, and to moderate success throughout Europe but did not chart in the US. The album includes the singles "There's Something Wrong in Paradise", "The Lifeboat Party", and in the US "If You Wanna Be Happy". It was reissued by Universal Island Records with bonus tracks added to album in 2002.

Jessi Colter Sings Songs for Kids: Songs from Around the World is the 10th studio album by American country artist Jessi Colter, released in 1996 on Peter Pan Records, her first and only album of Children's music, and first studio album in 12 years. Her next album of new material, Out of the Ashes, would not be released until 2006. 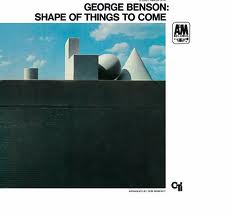 Shape of Things to Come is the fifth studio album by American guitarist George Benson, released in 1968 and arranged by Don Sebesky. It was his first album for A&M Records and his first album to be produced by Creed Taylor, who would remain his producer until 1976. 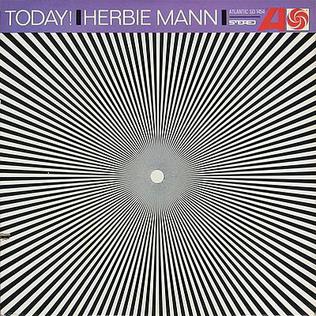 Today! is an album by jazz flautist Herbie Mann released on the Atlantic label featuring performances recorded in 1966.

The discography of American musical group Kid Creole and the Coconuts created and led by August Darnell includes fourteen studio albums, one live album, seven compilations, one extended play and twenty-seven singles. The small discography of The Coconuts - Kid Creole's backing singers - consisting of two studio albums and three singles is included on this page.

I, Too, Have Seen the Woods is the sixth studio album released by the American musical group Kid Creole and the Coconuts. It was released in 1987 and includes the single "Dancing at the Bain Douches". 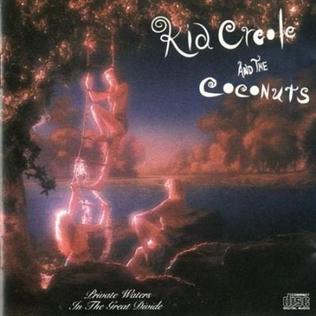 Private Waters in the Great Divide is the seventh studio album released by the American musical group Kid Creole and the Coconuts. It was released in 1990 and includes the singles "The Sex of It" and "I Love Girls".

You Shoulda Told Me You Were... is the eighth studio album released by the American musical group Kid Creole and the Coconuts. It was released in 1991 and includes the single "(She's A) Party Girl".

Cre~Olé: The Best of Kid Creole & the Coconuts is the first compilation album released by the American musical group Kid Creole and the Coconuts. It was released on LP and Cassette in 1984 and reached number twenty-one on the UK Albums Chart. A CD edition was released in 1990. The compilation was the group's last record released by Island Records in the UK. The group's following two album's were released by Sire Records in the UK and the US. It includes the single "Don't Take My Coconuts".

Soul Summit Vol 2 is an album by saxophonist Gene Ammons with vocalist Etta Jones and organist Jack McDuff recorded in 1961 and 1962 and released on the Prestige label.

Antoine Reed is an American rapper better known by his stage name Sir Michael Rocks or Mikey Rocks. He started his music career in 2005 as a member of the hip hop duo The Cool Kids, and later joined the groups All City Chess Club, the "super group" P.O.C., and The Toothpick Clique. The Cool Kids released their debut album When Fish Ride Bicycles in 2011, which features production by The Neptunes and artists such as Ghostface Killah. The album peaked at No. 76 on the Billboard 200, and No. 9 on Top Rap Albums.

Dance to the City Beat is an album by American jazz trombonist Kai Winding featuring performances recorded in late 1958 and early 1959 for the Columbia label. The album features tunes relating to American cities.

"I'm a Wonderful Thing, Baby" is a 1982 song by Kid Creole and the Coconuts from their album Tropical Gangsters. It was the first single released from Tropical Gangsters and their first major hit reaching a peak of no. 4 in the UK Singles Chart. It also reached no. 18 on the US Club Play chart.