Too Much to Think 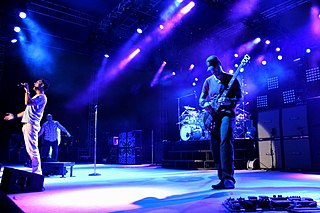 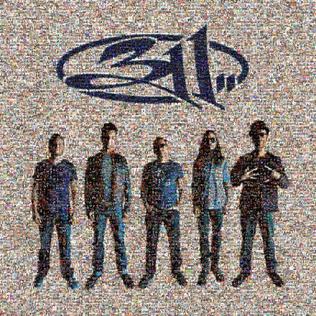 Mosaic is the twelfth studio album by the American rock band 311. It was released on June 23, 2017. It is the first to be produced by John Feldmann. It is also the fourth to be produced by Scotch Ralston. The track listing was revealed by Pledge Music on April 10, 2017.

The music video for the track was directed by Rich Ragsdale and filmed at Vasquez Rocks, located outside out of Los Angeles. [2] The clip sees a group of friends traveling around the area in their car, before getting off and exploring. The friends then lay down in a circle, while one of them delves into acts of shamanism, which includes placing healing crystals on top of each person. The friends then awake from their trances and go into an altered mind state. The main friend who was behind the shamanistic ritual is seen at the end of the video, achieving a higher level of plane as the video fades to white. Shots of the band are interposed throughout the video.

Vasquez Rocks Natural Area Park is a 932-acre (377-hectare) park located in the Sierra Pelona Mountains in northern Los Angeles County, California. It is located in the town of Agua Dulce, between the suburbs of Santa Clarita and Palmdale. The area is also visible from the Antelope Valley Freeway. 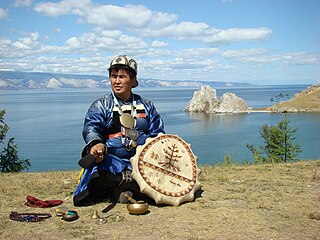 Shamanism is a practice that involves a practitioner reaching altered states of consciousness in order to perceive and interact with what they believe to be a spirit world and channel these transcendental energies into this world.

Weezer is an American rock band formed in Los Angeles, California in 1992. Since 2001, the band has consisted of Rivers Cuomo, Patrick Wilson (drums), Brian Bell, and Scott Shriner. 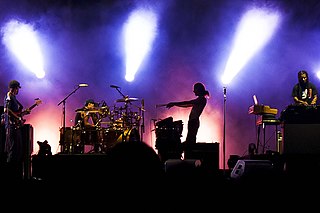 Incubus is an American rock band from Calabasas, California. The band was formed in 1991 by vocalist Brandon Boyd, lead guitarist Mike Einziger, and drummer Jose Pasillas while enrolled in Calabasas High School and later expanded to include bassist Alex "Dirk Lance" Katunich, and Gavin "DJ Lyfe" Koppell; both of whom were eventually replaced by bassist Ben Kenney and DJ Kilmore respectively. 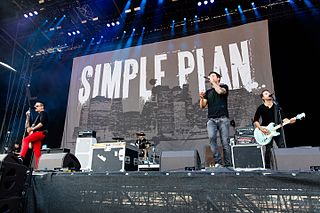 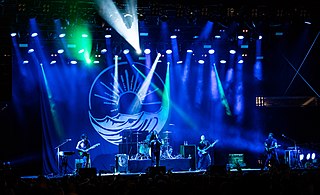 Taking Back Sunday is an American rock band from Long Island, New York. The band was formed by guitarist Eddie Reyes in 1999. The band's members are Adam Lazzara, John Nolan, Shaun Cooper, and Mark O'Connell (drums). Nolan had also left the group in 2003 before rejoining in 2010. 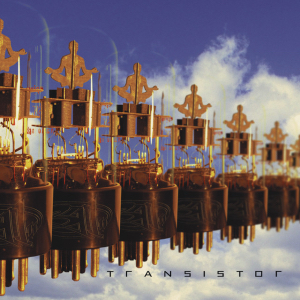 Transistor is the fourth studio album by American rock band 311, released on August 5, 1997 by Capricorn Records. The album saw a change in musical style as fewer songs feature rapping in comparison to the band's previous albums. 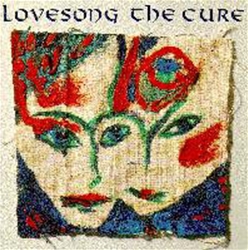 "Lovesong" is a song originally recorded by the English alternative rock band The Cure, released as the third single from their eighth studio album Disintegration in 1989. The song saw considerable success in the United States, where it was a number two hit and the band's only top ten entry on the Billboard Hot 100; in the United Kingdom, the single charted at number 18.

Daniel Victor is a Canadian recording artist and producer from Windsor, Ontario, best known for the collaborative music project, Neverending White Lights, which features instrumentation performed mostly by Victor, with guest singers providing vocals for most of the songs. 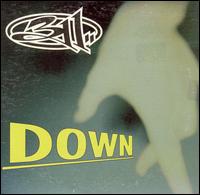 "Down" is a song by the band 311. It is the first song on their third album, 311. It was their first #1 single on the Billboard Alternative Songs charts, and along with their self-titled album, was largely responsible for launching them into mainstream success. An accompanying video for the song was in rotation on MTV at the time of its release. Due to its massive popularity it was also included as the first song on their live album, Live, and on their greatest hits album, Greatest Hits '93–'03. Since its release it has also become a staple of their live concerts, and is usually dedicated "to all the old-school 311 fans." However, following the terrorist attacks on September 11, 2001, it was placed on the list of post-9/11 inappropriate titles distributed by Clear Channel.

The Maine is an American rock band from Tempe, Arizona, formed in 2007. Their first release, the EP Stay Up, Get Down was released in late 2007, followed by a five-song EP titled The Way We Talk on December 11, 2007. The band's first full-length album, Can't Stop Won't Stop was released July 8, 2008. ...And a Happy New Year was released on December 9, 2008. Their second full-length album, Black & White, sold 22,634 copies in its first week. On December 6, 2011, the group's third album, Pioneer, was released and it peaked at No. 90 on the Billboard 200. Their fourth full-length record Forever Halloween reached No. 39 on the Billboard 200 by selling over 10,000 copies in its first week and was followed by its deluxe edition on June 17, 2014. Their fifth studio album, American Candy, was released on March 31, 2015. Lovely Little Lonely, their sixth full-length record, was released on April 7, 2017. You Are Ok, their seventh full length record, is being released March 29, 2019.

A Skylit Drive is an American post-hardcore band from Lodi, California. The band has released one DVD, one EP and five studio albums: Wires...and the Concept of Breathing (2008), Adelphia (2009), Identity on Fire (2011), Rise (2013) and, most recently, ASD (2015). The band has toured internationally both as headliner and supporting act. In 2017 the band went on hiatus after a dispute between Miller and Jagmin.

Taking Back Sunday is the fifth studio album by American rock band Taking Back Sunday. After returning home from touring the Soundwave festival in February and March 2010, guitarist Matthew Fazzi and bassist Matthew Rubano left the group. They were replaced by guitarist John Nolan and bassist Shaun Cooper, both of which were former members of the band. Later in March, the band began writing material for their next album in El Paso, Texas. The following month, demos were recorded with the aim to release a new album later in the year. Recording began in October with producer Eric Valentine at Barefoot Recording in Hollywood, California and finished in January 2011.

Dirty Heads is an American alternative band from Huntington Beach, California. Their debut album, Any Port in a Storm, was released on September 23, 2008, by Executive Music Group (Fontana/Universal). Their newest album, Swim Team, was released October 13, 2017. They have been associated with music groups such as Sublime with Rome, 311, and Pepper and have toured with groups such as Cobra Starship, AER, and Gym Class Heroes. 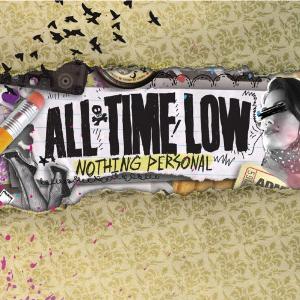 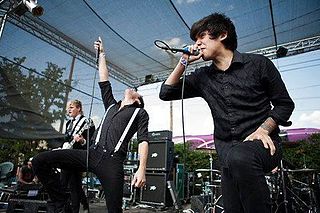 Crown the Empire is an American metalcore band formed in 2010 in Dallas, Texas. They have released one EP and three full-length albums.

"Loud Like Love" is a song by English alternative rock band Placebo, from their seventh album Loud Like Love. It was released as a digital download single on 6 August 2013, and later on 7" vinyl.

Stereolithic is the eleventh studio album by the American rock band 311, released on March 11, 2014. It is the band's first fully independent studio album release since 1991's Unity. Stereolithic is also 311's first album since 1999's Soundsystem to be produced by Scott Ralston, making this their first album since 2005's Don't Tread on Me not to be produced by Bob Rock.