John Feldmann (born June 29, 1967) is an American musician, songwriter, singer, and record producer. He serves as the lead singer/guitarist of the band Goldfinger.

Feldmann started playing music when he was 16 after hearing Mommy's Little Monster by Social Distortion. His first band was Saratoga-based Family Crisis. In 1988, he moved to Los Angeles, where he formed a band called Electric Love Hogs and met future Goldfinger bassist Kelly LeMieux.

Feldmann formed Goldfinger in 1993 when he met original Goldfinger bassist Simon Williams in a shoe store where they were both working. Goldfinger played 385 shows in 1996, breaking the Guinness Book of World Records for the most concerts in one year for a touring band. [1]

He has done production work and songwriting for The Cab, The Veronicas, Good Charlotte, Mest, The Used, Story of the Year, Ashlee Simpson, ONE OK ROCK, Hilary Duff, Goldfinger, Showoff, The Matches, Atreyu, City Sleeps, Anthony Green, Cute Is What We Aim For, Escape the Fate, Foxy Shazam, All Time Low, Allstar Weekend, Panic! at the Disco, Boys Like Girls, Plain White T's, 5 Seconds of Summer, Blink-182, Black Veil Brides, Andy Black, Sleeping With Sirens, and Stick to Your Guns.[ citation needed ]

Feldmann is a former A&R consultant for Red Bull Records. He has signed Itch and Beartooth. In 2016, Feldmann became the Vice President of A&R at BMG and also inked a publishing deal with the company to sign and develop new talent. While at BMG, Feldmann signed The Faim. [2] Feldmann runs A&R for Big Noise Collective. [3]

In 2016, he produced the seventh studio album for Blink-182 titled California which landed both him and the band their first Grammy nomination for "Best Rock Album". In July 2017, Feldmann was awarded the "Influencer" Award at the Alt Press Music Awards (APMAs). [4]

He has been nominated for a Grammy for Best Rock Performance for his work with Fever 333 on Made An America.[ citation needed ]

Feldmann started Back to the Beach Festival at Huntington State Beach with Travis Barker and Synergy Global Entertainment founder John Reese in 2018. With headliners Blink-182 the festival sold out in 2019. [6] 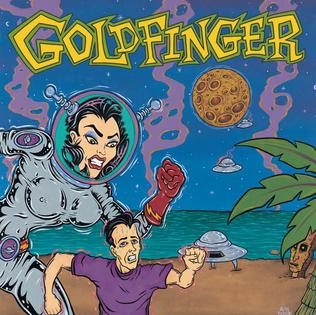 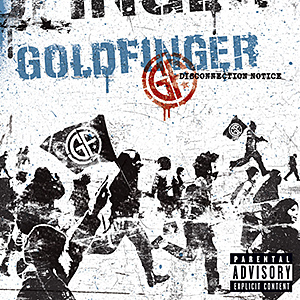 Jermone Gregory Finn, sometimes credited as "Huckle" Jerry Finn, was an American record producer, mix engineer, and musician. He worked with numerous punk rock and pop-punk artists, such as Blink-182, AFI, Sum 41, Alkaline Trio, Green Day, Morrissey, MxPx, and Rancid. Finn was known for the warm guitar tone present on albums he produced, as well as the "punchy" sound of his mixes. He was instrumental in developing the polished sound of pop-punk in its second wave of popularity between the mid-1990s and early 2000s. 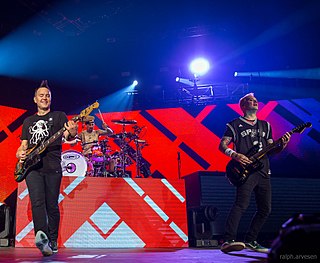 Blink-182 is an American rock band formed in Poway, California, in 1992. Since 2015, the line-up of the band has consisted of bassist and vocalist Mark Hoppus, drummer Travis Barker, and guitarist and vocalist Matt Skiba. Founded by Hoppus, guitarist and vocalist Tom DeLonge, and drummer Scott Raynor, the band emerged from the Southern California punk scene of the early 1990s and first gained notoriety for high-energy live shows and irreverent lyrical toilet humor. Hoppus is the only constant band member. 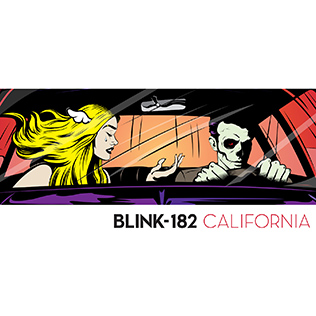 "Home Is Such a Lonely Place" is a song recorded by American rock band Blink-182 for the group's seventh studio album, California (2016). The song was released as the third and final single from California on April 18, 2017, and the band's last to be released through BMG. It is a ballad with a finger-picked guitar and strings. Lyrically, the song revolves around the idea of letting go of loved ones. Bassist Mark Hoppus and producer John Feldmann first began developing the song while discussing their families, and how tough it might be when their children grow up and leave home. The song was written by Hoppus, Feldmann, drummer Travis Barker, guitarist Matt Skiba, and songwriter David Hodges. 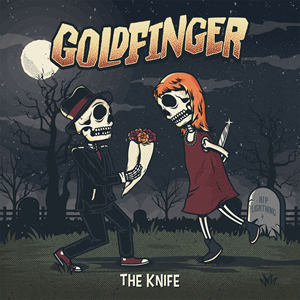 "Darkside" is a song recorded by American rock band Blink-182. The song was released on July 26, 2019 through Columbia Records, as the fourth single from the band's eighth studio album Nine. It was written by bassist Mark Hoppus, drummer Travis Barker, and guitarist Matt Skiba, as well as producer John Feldmann. 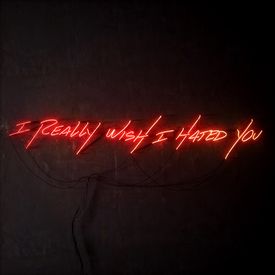 "I Really Wish I Hated You" is a song recorded by American rock band Blink-182. The song was released on September 6, 2019 through Columbia Records, as the fifth and final single from the band's eighth studio album Nine. It was released as a single two weeks before the album was released. It was written by bassist Mark Hoppus, drummer Travis Barker, and guitarist Matt Skiba, as well as producers Andrew Watt and John Feldmann, and songwriters Ali Tamposi and Nathan Perez.

Nicholas William Gross is an entrepreneur, musician and founder of the Find Your Grind education platform. He is a member of the bands Goldfinger and Girlfriends.

"Parking Lot" is a song recorded by American rock band Blink-182. The song was released on March 16, 2017 through BMG Rights Management, as a promotional single for the deluxe edition of the band's seventh studio album California. It was written by bassist Mark Hoppus, drummer Travis Barker, guitarist Matt Skiba, and producer John Feldmann.