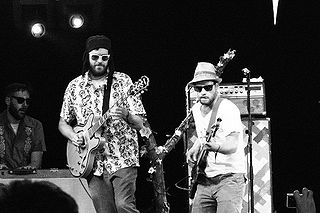 Dr. Dog is an American rock band based in Philadelphia, Pennsylvania, United States. Its lineup consists of Toby Leaman, Scott McMicken, Frank McElroy, Zach Miller (keyboard), and Eric Slick (drums). Lead vocal duties are shared between Leaman and McMicken, with all members contributing harmonies. In addition, each band member has a nickname beginning with the letter T, and they have explained that friends of the band also receive nicknames, which are drawn from aspects of their lives and personalities.

Stylistically, the 60s pop roots of Dr. Dog's style are apparent, presented in a lo-fi quality for which they are renowned. The album is considered more of a debut than Psychedelic Swamp mainly due to its availability on the iTunes Music Store and major online music retailers, such as Amazon .

This is a list of notable events in music that took place in the year 1960.

Cypress Hill is an American hip hop group from South Gate, California. Cypress Hill was the first Latino American hip hop recording group to have platinum and multi-platinum albums, selling over 20 million albums worldwide. They are considered to be among the main progenitors of West Coast rap and hip hop in the early 1990s, being critically acclaimed for their first four albums. The band has also advocated for medical and recreational use of cannabis in the United States.

The Chronic is the debut studio album by American hip hop recording artist Dr. Dre. It was released on December 15, 1992, by his own record label Death Row Records and distributed by Interscope Records and Priority Records. Recording sessions for the album took place in June 1992 at Death Row Studios in Los Angeles and at Bernie Grundman Mastering in Hollywood. The album is named after a slang term for high-grade cannabis, and its cover is a homage to Zig-Zag rolling papers. It was Dr. Dre's first solo album after he had departed from hip hop group N.W.A and its label Ruthless Records over a financial dispute. On The Chronic, he included both subtle and direct insults at Ruthless and its owner, former N.W.A member Eazy-E. Although a solo album, it features many appearances by American rapper Snoop Doggy Dogg, who used the album as a launch pad for his own solo career. 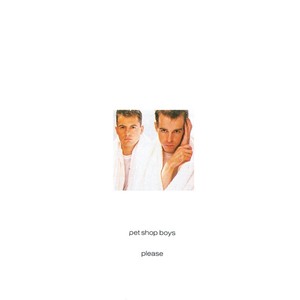 Please is the debut album by English electronic music duo Pet Shop Boys, released on 24 March 1986 by Parlophone Records in the United Kingdom and by EMI America Records in the United States. According to the duo, the album's title was chosen so that people had to go into a record shop and say "Can I have the Pet Shop Boys album, 'Please'?". Please spawned four singles: "West End Girls", "Opportunities ", "Suburbia", and "Love Comes Quickly"; "West End Girls" reached number one in both the UK and the US.

Introspective is the third studio album by English synth-pop duo Pet Shop Boys. It was released on 10 October 1988 by Parlophone. It is the duo's second best-selling album after Very (1993), selling over 4.5 million copies worldwide. 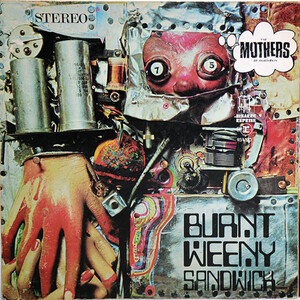 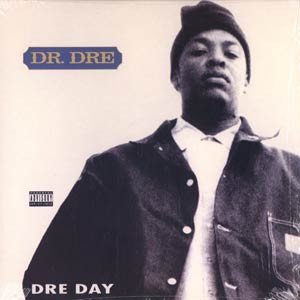 "Fuck Wit Dre Day ", titled on the single simply "Dre Day," is a hip-hop diss track by American artist and producer Dr. Dre, with a guest appearance from fellow rapper Snoop Doggy Dogg. It was the second single from Dre's debut solo album, The Chronic, released via Death Row Records. The song was released as a single on May 20, 1993. 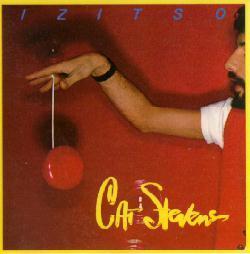 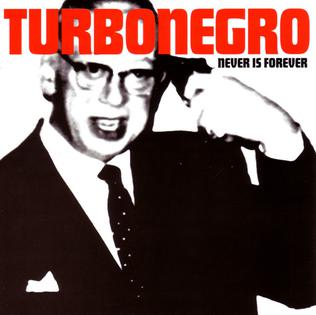 Never Is Forever is the second full-length album by the Norwegian band Turbonegro released in 1994 on Dog Job Records. It was a limited and CD only release to only 1,000 copies. Bitzcore Records re-released the album remastered and with a new "Derrick-style" cover artwork in 1999. This album - "a tribute to Blue Öyster Cult" as claimed by the band themselves - is an attempt to dissociate from the Lo-Fi estethics of the garage scene: "When the rest of the punk oriented world tried hard to be lo-fi and 'real', Turbonegro as usual went the opposite way, creating a miniature suburban deathpunk opera. Seldom have pop culture, darkness and desperation blended so well."

Dog of Two Head is the fourth studio album by the English rock band Status Quo released by Pye Records. At the time of recording, the band consisted of Francis Rossi, Rick Parfitt, Alan Lancaster and John Coghlan. 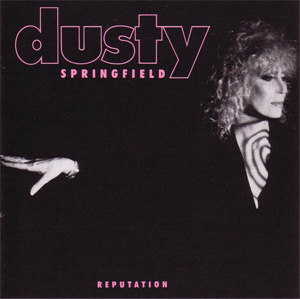 Side Two is the fourteenth solo album by Adrian Belew, released in 2005. It was recorded in his home studio and all instruments and vocals are by Belew alone. 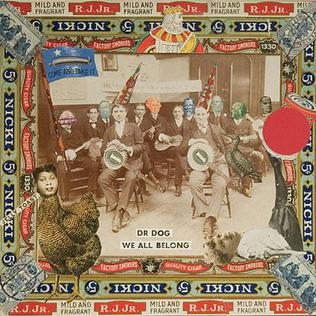 We All Belong is the fourth album by Dr. Dog. It was released on February 27, 2007. The album finds the band adding more to their typical indie-rock sound, including a wider variety of instruments and psychedelic group harmony. The entire record, as well as the preceding Takers and Leavers EP, was recorded on 24-track tape. This album was number 39 on Rolling Stone's list of the Top 50 Albums of 2007. The song "Old News" was number 40 on Rolling Stone's list of the 100 Best Songs of 2007. The album was twice sampled by rapper Chiddy Bang, "Ain't It Strange" on "Grab a Plate" and "My Old Ways" by The Preview's "Old Ways". 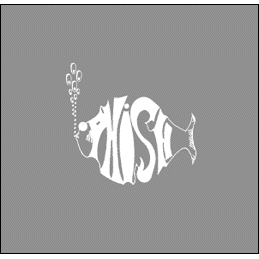 Phish is a self-produced album released by the American rock band Phish on cassette in 1986. Often cited as the first Phish "album", The White Tape was originally a collection of original material that the band used as a demo/sample tape for venues, and was sometimes labelled "Phish" or simply "Demo". The album was widely circulated among Phish fans for more than a decade before being officially released in 1998.

Madder Lake are an Australian progressive rock band formed in Melbourne in 1968 as San Sebastian. They were one of the first bands signed to the Michael Gudinski co-owned Mushroom Records which released their debut single, "Goodbye Lollipop" in February 1973, followed by the album Stillpoint in August. This contained their most recognisable single, "12lb Toothbrush". Their second album Butterfly Farm was released in April 1974, they left Mushroom after their last single, "I Get High" appeared in July 1976. A compilation album The Best of Madder Lake was released by Mushroom Records in 1978.

Ronald K. Keys Jr. aka DJ Swamp is an American hip hop DJ, turntablist, producer and vocalist. He was born in Cleveland, Ohio, United States. He currently resides in Los Angeles, United States. In 1996, he won the title of US DMC Champion, his first year entering the tournament. Currently he is touring with the band Ministry. Swamp toured with Beck for four years and later broke away into a solo career with his release "Never is Now" in 2001. Alternative Press gave "Never is Now" an 8/10 rating. 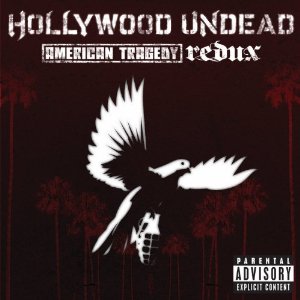 American Tragedy Redux is the second remix album by American rap rock band Hollywood Undead, taking songs exclusively off the band's 2011 studio album, American Tragedy, and remixing them. The first remix album was the Black Dahlia Remixes album, featuring three remixes of Hollywood Undead's single, "Black Dahlia". The album was released on November 21, 2011 by A&M/Octone Records. The original tracks on the album, which were on American Tragedy, were recorded following the induction of Daniel Murillo into the band in early 2010 and lasted until December. The tracks were then remixed by various DJ's and musicians during the band's World War III Tour with Asking Alexandria later in 2011. The album's first single, "Levitate ", was released on October 18, 2011, with a music video being released on October 24.

Be the Void is the seventh album by psychedelic rock band Dr. Dog. It was released on February 7, 2012. It is the band's second release on the ANTI- record label after moving from Park the Van, and was co-produced by Nathan Sabatino and Dr. Dog.

B-Room is the eighth album by psychedelic rock band Dr. Dog. It was released on October 1, 2013. It is the band's third release on the ANTI- record label, and the first album they recorded in their newly built studio. It was co-produced, engineered and mixed by Nathan Sabatino. The album reached No. 50 on the Billboard Hot 200

The Psychedelic Swamp is the ninth album by psychedelic rock band Dr. Dog. It was released on February 5, 2016. It is the band's fourth release on the ANTI- record label, and is a revamped version of their unreleased debut LP. The album was produced and engineered by Nathan Sabatino.