Top Gear: India Special is a Top Gear Christmas special first broadcast on 28 December 2011 after which the next series began on 29 January 2012.

The special is an episode featuring a route across India, one of the many countries Top Gear plans to visit over the course of the new series, according to Jeremy Clarkson. Shooting in India began on 2 October, with the first leg of the shoot beginning in suburbs of Mumbai.

This episode was a mission to promote Britain to the Indian public. The opening sequence of the show shows the Top Gear team in Downing Street opening a letter by then Prime Minister David Cameron refusing their request to go to India on an official trade mission and told them to go to Mexico for a fence mending trip. Cameron appears for a separately filmed one-line cameo, telling them to - "Stay away from India!" Despite this, they decide to go anyway: Jeremy Clarkson in a 1995 Jaguar XJS, Richard Hammond in a 2000 Mini Cooper, and James May in a 1975 Rolls-Royce Silver Shadow. 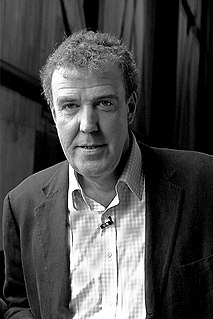 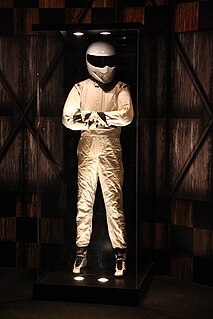 The Stig is a character from the British motoring television show Top Gear. Created by Top Gear presenter Jeremy Clarkson and former producer Andy Wilman the character is a play on the anonymity of racing drivers' full-face helmets, with the running joke that nobody knows who or what is inside the Stig's racing suit. The Stig's primary role is setting lap times for cars tested on the show. Previously, he would also instruct celebrity guests, off-camera, for the show's "Star in a Reasonably Priced Car" segment.

Stars in Fast Cars is a motoring-themed celebrity game show, in which celebrities compete in motoring challenges, including recreating movie stunts and racing modified armchairs. The series was first broadcast on BBC Three, in 2005, and repeated on BBC One in 2006. 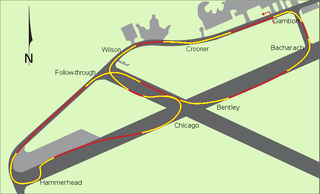 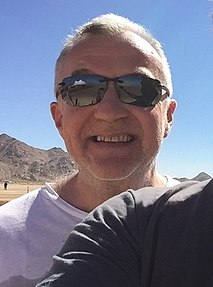 Andrew Neville Wilman is an English television producer who is best known as the former executive producer of the Top Gear show, from 2002 to 2015, as well as being the executive producer of The Grand Tour. He was responsible for much of the show's style and humour, along with Jeremy Clarkson. He has also presented segments of the original Top Gear. He is primarily responsible for the creation of The Stig. Wilman and Clarkson both attended Repton School along with Formula One designer Adrian Newey. 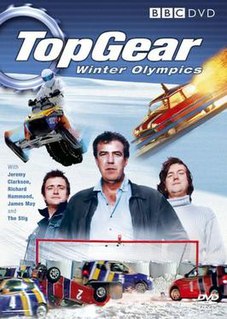 Top Gear: Winter Olympics is a full-length, special edition episode for BBC motoring programme Top Gear, and is the first in a series of full-length specials for the show. The episode was aired on 12 February 2006, with a repeat of the episode being aired a week later on 19 February. The special saw hosts Jeremy Clarkson, Richard Hammond and James May travelling to Lillehammer, Norway and creating their own version of the Winter Olympics with cars. The episode was later released on DVD on 5 June later that year. 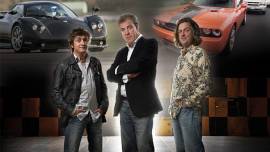 The twelfth series of Top Gear aired during 2008 and consisted of 7 episodes, beginning on 2 November and concluding on 14 December. It was subsequently followed by the Top Gear: Vietnam Special two weeks later, on 28 December as part of the BBC's 2008 Christmas line-up, and was later followed in 2009 with four "Best Of Top Gear" specials throughout January and the beginning of February.

Top Gear: Vietnam Special is a special 75-minute episode for BBC motoring programme Top Gear, and was first broadcast on 28 December 2008, as part of the final episode for the twelfth series, with the special repeated for UK TV channel Dave, initially in an edited, 46 minute version on 19 January 2009, but later revised to a 90-minute format following complaints by viewers. The special sees hosts, Jeremy Clarkson, Richard Hammond and James May, travelling 1,000 miles (1,600 km) across Vietnam with motorbikes, beginning from Hồ Chí Minh City (Saigon), travelling north towards Hạ Long city, and finishing at a floating bar within Hạ Long Bay, a journey that had to be completed within eight days. 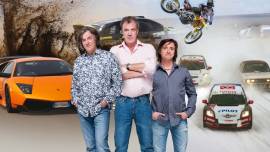 The thirteenth series of Top Gear aired during 2009 and consisted of seven episodes, beginning on 21 June and concluding on 2 August. Despite forced budget cuts, the series featured more foreign travel and more races, as well as newer challenges and power tests. 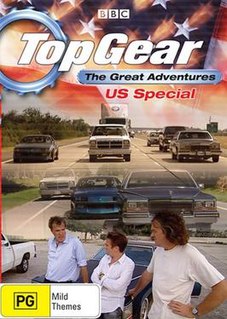 Top Gear: US Special is a full-length, special edition episode for BBC motoring programme Top Gear, and was first broadcast on BBC Two on 11 February 2007, as part of the 2nd episode of Series 9, with the special repeated in an edited version for UKTV channel Dave. The special sees hosts, Jeremy Clarkson, Richard Hammond, and James May travelling on a journey from Miami to New Orleans in three used cars to find if it's more economical to buy a vehicle rather than rent one. The Production Notes section of the Top Gear website describes the creation and production of this episode as "one of the most grueling shoots in Top Gear history, damn near finishing off several members of the crew through exhaustion."

Top Gear: Botswana Special is a full-length, special edition episode for BBC motoring programme Top Gear, and was first broadcast on BBC Two on 4 November 2007, as part of the fourth episode of Series 10. The special sees hosts, Jeremy Clarkson, Richard Hammond and James May, travelling across to Botswana with a car that each had bought in Africa for less than £1500, to prove that they can be better than SUVs for driving up "leafy country lanes". The Botswana Special was released as part of a 2-disc DVD boxset alongside the Top Gear: Vietnam Special on 23 March 2009. 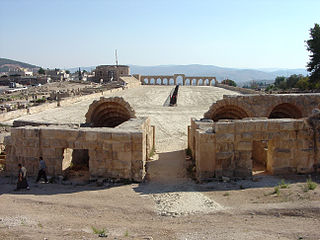 Top Gear: Middle East Special is a 76-minute-long extended episode of Top Gear series 16. The film predates the Syrian Civil War and involves a 1,200-mile (1,900 km) road-trip from Erbil International Airport in Iraqi Kurdistan to Bethlehem, nominally recreating the journey of the Three Wise Men. Their journey takes them across the Middle East via southern Turkey, the cities of Aleppo, Palmyra and Damascus in Syria, then Jerash in Jordan and finally the Mount of Olives. The journey includes visiting an abandoned theme park, and a stop at Ein Gev on the Sea of Galilee. 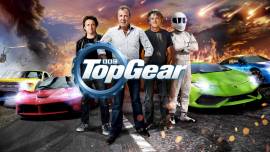 The twenty-second series of Top Gear aired during 2015 on BBC Two and BBC Two HD and consisted of 8 episodes, beginning on 25 January before abruptly ending on 8 March, and not fully concluding until 27 June. The series was preceded by a two-part special entitled "Patagonia Special" which aired during 2014, the first part on 27 December, and the second part a day later on 28 December. The series is most notable for two controversial incidents that occurred during filming, and was the last series to feature the regular hosting line-up of Jeremy Clarkson, Richard Hammond and James May, while it was also Andy Wilman's last as the show's executive producer. The second controversial incident received extensive media attention, the greatest amount created for controversy caused by Top Gear in the show's history, which subsequently led to Clarkson being suspended by the BBC while they investigated the matter. On 25 March 2015, the broadcaster officially dismissed Jeremy Clarkson from the show, and in the aftermath of their decision, Hammond, May and Wilman announced their resignations from the show in April 2015; all three hosts made their final appearances on the last episode broadcast on 27 June with assistance from Wilman, with only Hammond and May hosting the studio segments. The trio departed the series having hosted 21 consective series of Top Gear together over a period of 12 years going back all the way to series 2 in 2003 when James May joined Hammond and Clarkson in the presenter line up after Jason Dawe was dropped after one series of the revamped show.

Top Gear: Patagonia Special is a full length special that was aired as a two-part episode for the BBC car show Top Gear; the first part was aired on 27 December 2014, while the second part was aired a day later on 28 December. The special sees hosts, Jeremy Clarkson, Richard Hammond, and James May, using a selection of cars with V8 engines to celebrate the 60th anniversary of the small-block V8 engine, on a journey across Chile and Argentina, starting from Bariloche and ending on the outskirts of Ushuaia, and includes the infamous scene involving the protesters that the presenters and their film crew encountered and the events that happened; it is the last Top Gear special to be filmed with the hosts, prior to Clarkson's exit from the show in March 2015 followed by Hammond, May, and Executive Producer Andy Wilman shortly afterwards. The incident with the protesters was widely documented and reported by the media, prior to the broadcast of the special.

The Grand Tour is a British motoring television series, created by Jeremy Clarkson, Richard Hammond, James May, and Andy Wilman, produced by Amazon exclusively for its online streaming service Amazon Prime Video, and premiered on 18 November 2016. The programme was conceived in the wake of the departure of Clarkson, Hammond, May and Wilman from the BBC series Top Gear, and originally contracted with 36 episodes over three years.