After a top five play-off system was used, a play-off structure involving the top six teams was used to determine the winners of the Super League competition in British rugby league from 2002 through to 2008.

Super League is the top-level professional rugby league club competition in the Northern Hemisphere. The league has twelve teams: eleven from England and one from France.

Apart from the Grand Final, all matches were staged at the home ground of the team placed higher in the final league table. A similar system was used by the Australian National Soccer League. The A-League uses the same system to determine its champions, but with a subtle difference outlined below.

The A-League is a professional men's soccer league run by Football Federation Australia (FFA). At the top of the Australian league system, it is the country's primary competition for the sport. The A-League was established in 2004 as a successor to the National Soccer League (NSL) and competition commenced in August 2005. The league is currently contested by ten teams; nine based in Australia and one based in New Zealand. It is known as the Hyundai A-League (HAL) through a sponsorship arrangement with the Hyundai Motor Company.

The Page playoff system is a playoff format used primarily in softball and curling at the championship level, the Pakistan Super League, and the Indian Premier League cricket tournament. Teams are seeded using a round-robin tournament and the top four play a mix of a single-elimination and double-elimination tournament to determine the winner. It is identical to a four-team McIntyre System playoff, first used by the Victorian Football League in Australia in 1931, originally called the Page–McIntyre system, after the VFL delegate, the Richmond Football Club's Secretary, Percy "Pip" Page, who had advocated its use.

With the expansion of Super League from 12 teams to 14 for 2009, the number of teams making the play-offs increased from 6 to 8. For details of the new system, see Super League play-offs.

The 2009–11 Super League licences were announced in May 2005 by the Rugby Football League (RFL) as the new determinant of the Super League competition's participants from 2009 in place of promotion and relegation. The licences were awarded after consideration of more factors than just the on-the-field performance of a club in the previous season. After 2007 automatic promotion and relegation was suspended for Super League with new teams admitted on a licence basis with the term of the licence to start in 2009. 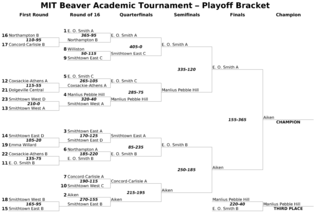 The Championship is a professional rugby league competition. It is the second-tier competition organised by the Rugby Football League, the governing body for the sport in England, and consists of 14 teams, with promotion to the Super League and relegation to the third-tier competition, League 1. The current champions are Toronto Wolfpack. The league announced a two-year sponsorship deal with the bookmaking company Betfred ahead of the 2018 season.

The Heineken Cup 24th place play-off was a single game play-off that was formerly used to determine the final qualifier for the subsequent season's Heineken Cup.

This is a list of the 2013 RFL Championship season results. The Championship is the second-tier rugby league competition in the United Kingdom. The 2013 season started on 31 January and ends on 29 September with the Grand Final at Leigh Sports Village in Leigh, Greater Manchester, which replaces the previous venue of the Halliwell Jones Stadium in Warrington. 2013 is the first season to consist of a 14-team division, with the league expanding from 10 teams following the promotion of the top 4 teams from the 2012 Championship 1 season, Barrow Raiders, Doncaster, Whitehaven and Workington Town.

The 2016 Super League season, known as the First Utility Super League XXI for sponsor reasons, was the 21st season of Super League and 122nd season of rugby league in Britain. Twelve teams competed over 23 rounds, including the Magic Weekend which took place at St James' Park, after which the eight highest entered the Super League play-offs for a place in the Super League Grand Final. The four lowest teams then entered the qualifying play-offs, along with the four highest teams from the Championship, to determine which teams will play again in Super League XXII. Wigan Warriors are the current champions after successfully defeating Warrington Wolves 12–6 at Old Trafford.