Tor Oftedal (born 14 January 1925 in Sandnes, died 5 October 1980) was a Norwegian politician for the Labour Party.

He was elected to the Norwegian Parliament from Buskerud in 1969, and was re-elected on two occasions. During the third term he died and was replaced by Aase Moløkken.

The son of newspaper editor Tjøl Oftedal, he started his career as a journalist, and later became editor-in-chief of Fritt Slag 1951-1952 and Fremtiden 1964–1969. He was the Auditor General of Norway from 1978 to his death. He was also deputy board chairman of the Norwegian Agency for Development Cooperation from 1971 to 1972 and member of the council of the Norwegian Institute of International Affairs from 1974 to 1978.

Georg Sverdrup was a Norwegian-American Lutheran theologian and an educator.

Lars Oftedal was a Norwegian attorney and newspaper editor.

Sven Oftedal was a Norwegian American Lutheran minister. He served as the 3rd president of Augsburg University and helped found the Lutheran Free Church. 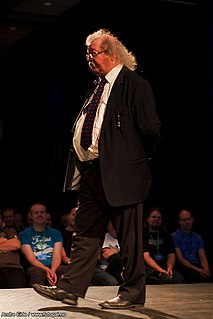 Jon Bing was a Norwegian writer and law professor at the Norwegian Research Center for Computers and Law (NRCCL), and the Faculty of Law at the University of Oslo. Bing was considered a pioneer in international IT and information law. He held honorary doctorates from the University of Stockholm and the University of Copenhagen, and was a Visiting Professor at Kings College, University of London. Bing was part of The Protection of Privacy Committee. From 1979 to 1981 he was head of Norsk Filmråd. Between 1981 and 1982 he was the head of Council of Europe Committee on Legal Data Processing. Between 1993 and 2000, he headed Norsk kulturråd.

Torolv Kandahl was a Norwegian newspaper editor and Member of Parliament with the Conservative Party.

The Office of the Auditor General of Norway is the state auditor of the Government of Norway and directly subordinate of the Parliament of Norway. It is responsible for auditing, monitoring and advising all state economic activities, including financial audits, performance audits and corporate control. Located in Oslo, it is led by a board of five auditor generals elected for four years and from 2014 it has been led by Per-Kristian Foss. It is regulated by the Auditor General Act of June 1, 2005.

Peter Theodor Broch was a Norwegian lawyer and politician for the Labour Party.

Christian Stephansen Oftedal was a Norwegian politician for the Liberal Party. He is the son of Lars Oftedal.

Ivar Tor Aspengren was a Norwegian laborer, trade unionist and politician for the Labour Party. He led the Norwegian Confederation of Trade Unions from 1969 to 1977.

Rasmus Elias Paulson Sindre was a Norwegian farmer, newspaper editor and politician. He took over the farm Sindre in Nordfjord when his father died in 1882. He represented the party Venstre (Norway), being mayor of the Innvik municipality from 1895, thereafter elected to the Parliament of Norway in 1899, serving for the period 1900–02. From 1895 to 1901 he was also editor of the newspaper Fjordabladet of Nordfjordeid. He was married to Gyda Sindre, and they had 8 children together. He died of cancer only 48 years old. 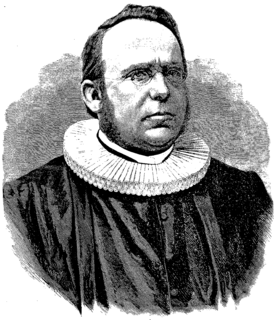 Lars Svendsen Oftedal was a Norwegian priest, social reformer, politician, and newspaper editor. He was the founding editor of Stavanger Aftenblad and served as a member of the Storting.

Magne Oftedal was a Norwegian linguist who carried out a large amount of comparative research on Scottish Gaelic dialects, the Celtic languages and Spanish.

Thorolf Vogt was a Norwegian geologist, professor and Arctic explorer.

Oftedal is a surname. Notable people with the surname include: