Trinity Theological College was formed at the end of 1998 with the merging of the Perth Centre for Applied Christian Studies (PCACS) and Westminster Theological College (Perth). This followed two years of prayer, planning, and preparations by college boards and principals (Dr Allan Chapple and Dr Stephen Rarig).

Trinity was located at Bull Creek Westminster Presbyterian church from 1998 to 2003. In May 2004 the main campus moved to a purpose-designed premises in Leederville: "Trinity House".

Trustees, faculty, staff and students come from a wide cross-section of churches and backgrounds.

Trinity offers a Certificate of Christian Studies in it own right, with Australian College of Theology courses ranging from undergraduate diplomas to postgraduate degrees.

The main campus, 'Trinity House', is in Leederville 5 kilometres from the Perth CBD. [4] 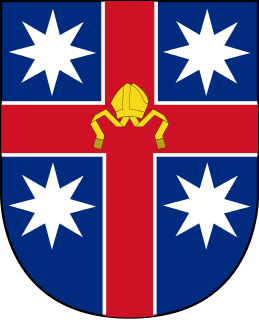 All Hallows College was a college of higher education in Dublin. It was founded in 1842 and was run by the Vincentians from 1892 until 2016. On 23 May 2014, it was announced that it was closing down, due to decreasing student numbers. The sale of the campus in Drumcondra to Dublin City University was announced on 19 June 2015 and completed on 8 April 2016. The college closed on 30 November 2016, becoming the All Hallows Campus of Dublin City University. 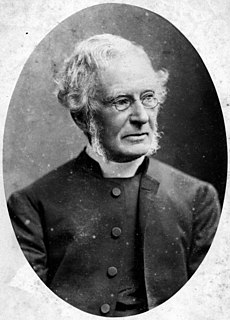 Church Divinity School of the Pacific (CDSP) is one of the nine seminaries of the Episcopal Church in the United States of America. It is located in Berkeley, California, and is a member of the Graduate Theological Union. The only Episcopal seminary located in the Far West, CDSP has, since 1911, been designated the official seminary of the Episcopal Church's Eighth Province, the Province west of the Rocky Mountains. 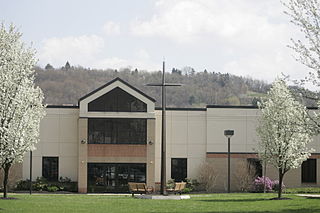 Trinity College Theological School (TCTS) is an educational division of Australia's Trinity College, the oldest residential college of the University of Melbourne. It is also one of the constituent colleges of the University of Divinity. The School provides theological education and shapes men and women for ordained and lay ministry in the Anglican tradition, as well as providing other programs of study, including higher degrees by research.

Ridley College, formerly known as Ridley Melbourne, is a Christian theological college in the parklands of central Melbourne. Established in 1910, it has an evangelical foundation and outlook and is affiliated with the Australian College of Theology and the Anglican Church of Australia. The college offers on-campus and distance learning and provides training for various Christian ministries in a range of contexts. 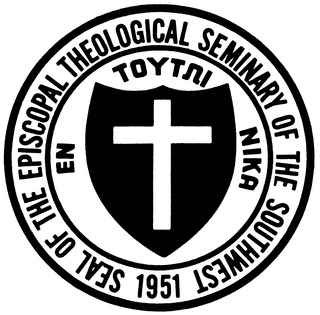 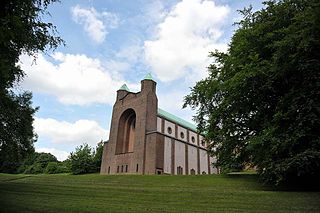 The Community of the Resurrection (CR) is an Anglican religious community for men in England. It is based in Mirfield, West Yorkshire, and has 13 members as of February 2021. The community reflects Anglicanism in its broad nature and is strongly engaged in the life of the Anglican Communion. It also has a long tradition of ecumenical outlook and practice. 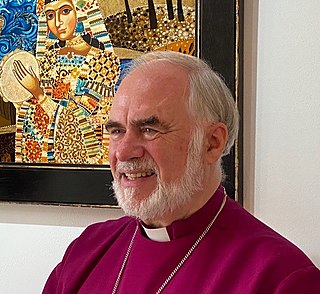 Graham Kings is an English Church of England bishop, theologian and poet. In retirement in Cambridge, having been Mission Theologian in the Anglican Communion and served in the Diocese of Southwark, he is an Honorary Assistant Bishop in the Diocese of Ely and Honorary Research Associate at the Cambridge Centre for Christianity Worldwide, which he founded in 1995. His collected poems, Nourishing Connections, was published by Canterbury Press, in 2020. 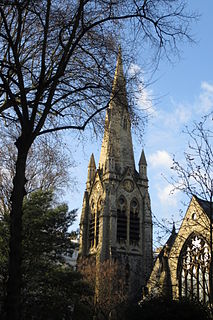 St Mellitus College is an English theological college established in 2007 by the Diocese of London and the Diocese of Chelmsford of the Church of England. It has campuses in Earl's Court, Chelmsford, Liverpool and Plymouth, with growing links with other churches, colleges and dioceses throughout the United Kingdom and beyond. The president is Graham Tomlin, Bishop of Kensington, and the dean is Andy Emerton. St Mellitus College is a wholly non-residential college and has pioneered context-based training within the Church of England, integrating academic theological study with ministry placements throughout the course of study.

St Mark's National Theological Centre is a theological college in Australia. It is a part of the Anglican Diocese of Canberra and Goulburn.