Trinity Western University v British Columbia College of Teachers, [2001] 1 S.C.R. 772, 2001 SCC 31, is a leading Supreme Court of Canada decision on the freedom of religion and the court's ability to review a private school's policies.

The Supreme Court of Canada is the highest court of Canada, the final court of appeals in the Canadian justice system. The court grants permission to between 40 and 75 litigants each year to appeal decisions rendered by provincial, territorial and federal appellate courts. Its decisions are the ultimate expression and application of Canadian law and binding upon all lower courts of Canada, except to the extent that they are overridden or otherwise made ineffective by an Act of Parliament or the Act of a provincial legislative assembly pursuant to section 33 of the Canadian Charter of Rights and Freedoms. 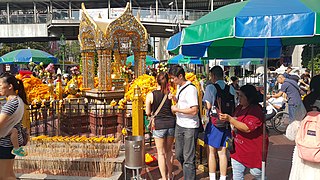 Trinity Western University is a private Christian university that sought to take full responsibility for an existing teacher education program jointly run by Trinity Western and Simon Fraser University. The school applied to the British Columbia College of Teachers for the proper certification.

Simon Fraser University (SFU) is a public research university in British Columbia, Canada, with three campuses: Burnaby, Surrey, and Vancouver. The 1.7 km2 (0.66 sq mi) main Burnaby campus on Burnaby Mountain, located 20 km (12 mi) from downtown Vancouver, was established in 1965 and comprises more than 30,000 students and approximately 950 faculty members. The Burnaby campus is on the territory of the Squamish, Tsleil-Waututh, Musqueam (xʷməθkʷəy̓əm), and Kwikwetlem First Nations; the Vancouver campus is on Squamish, Tsleil-Waututh, and Musqueam territories; and the Surrey campus is on territories shared by the Kwiketlem, Musqueam, Katzie, Kwantlen, Qayqayt, and Stó:lō peoples.

The College rejected Trinity Western's application on the grounds that the school's community standards policy, which applied to all students, faculty, and staff, prohibited "homosexual behaviour". The College argued that this policy was discriminatory and that it would not be in the public interest to approve the application.

In an eight to one decision, the Court held that the College "acted unfairly" in rejecting Trinity Western's application. The Court concurred with the lower provincial courts, stating that "[i]n considering the religious precepts of TWU instead of the actual impact of these beliefs on the public school environment, the BCCT acted on the basis of irrelevant considerations."

The Court further observed that "[t]here is nothing in the TWU Community Standards, which are limited to prescribing conduct of members while at TWU, that indicates that graduates of TWU will not treat homosexuals fairly and respectfully. The evidence to date is that graduates from the joint TWU-SFU teacher education program have become competent public school teachers, and there is no evidence before this Court of discriminatory conduct." [1]

Religious discrimination is treating a person or group differently because of the beliefs they hold about a religion. This includes when adherents of different religions, denominations or non-religions are treated unequally due to these beliefs, either before the law or in institutional settings, such as employment or housing.

Egan v Canada, [1995] 2 SCR 513 was one of a trilogy of equality rights cases published by a very divided Supreme Court of Canada in the spring of 1995. It stands today as a landmark Supreme Court case which established that sexual orientation constitutes a prohibited basis of discrimination under section 15 of the Canadian Charter of Rights and Freedoms. 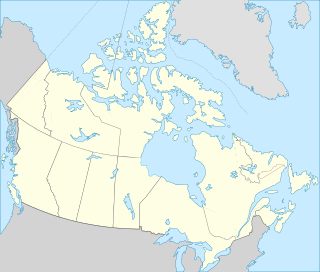 Same-sex marriage in British Columbia became legal on July 8, 2003, making it the second province in Canada, as well as the second jurisdiction in North America, to legalize same-sex marriage, behind Ontario, after a series of court rulings which ultimately landed in favour of same-sex couples seeking marriage licenses.

Andrews v Law Society of British Columbia, [1989] 1 SCR 143 is the first Supreme Court of Canada case to deal with section 15 of the Canadian Charter of Rights and Freedoms. In the case, the court outlined a test, sometimes called the "Andrews test", to determine if there has been a prima facie violation of equality rights. This case expanded the application of section 15 of the Charter by adding analogous grounds for discrimination to the extent enumerated grounds.

British Columbia v British Columbia Government Service Employees' Union [1999] 3 SCR 3, 1999 SCC 48 – called Meiorin for short – is a Supreme Court of Canada case that created a unified test to determine if a violation of human rights legislation can be justified as a bona fide occupational requirement (BFOR).

Section 32 of the Canadian Charter of Rights and Freedoms concerns the application and scope of the Charter. Only claims based on the type of law contemplated by this section can be brought before a court.

Chaoulli v Quebec (AG) [2005] 1 S.C.R. 791, 2005 SCC 35, was a decision by the Supreme Court of Canada of which the Court ruled that the Quebec Health Insurance Act and the Hospital Insurance Act prohibiting private medical insurance in the face of long wait times violated the Quebec Charter of Human Rights and Freedoms. In a 4 to 3 decision, the Court found the Acts violated Quebecers' right to life and security of person under the Quebec Charter. The ruling is binding only in Quebec. Three of the seven judges also found that the laws violated section seven of the Canadian Charter of Rights and Freedoms. One judge did not rule on the Canadian Charter. The result was a 3–3 tie on the question of the Canadian Charter, so Chaoulli decision does not apply to any other province.

Auton v British Columbia (AG), [2004] 3 S.C.R. 657, 2004 SCC 78 is a leading decision of the Supreme Court of Canada wherein the Court ruled that government funding for non-core medically necessary treatments is not protected under section 15(1) of the Canadian Charter of Rights and Freedoms.

Sauvé v Canada , [2002] 3 SCR 519 is a leading Supreme Court of Canada decision where the Court held that prisoners have a right to vote under section 3 of the Canadian Charter of Rights and Freedoms. The Court overturned the prior decision of the Federal Court of Appeal and held that section 51(e) of the old Canada Elections Act, which prohibited prisoners from voting, was unconstitutional. They made the law that any inmates serving more than two years in prison cannot vote. Section 51(e) had been repealed before the date of the Court's judgment, but the decision applied equally to substantially the same provision found in section 4(c) of the new statute. The Court decided that the provision violated section 3 of the Charter and could not be saved under section 1.

Multani v Commission scolaire Marguerite‑Bourgeoys, [2006] 1 S.C.R. 256, 2006 SCC 6 is a decision by the Supreme Court of Canada in which the Court struck down an order of a Quebec school authority, that prohibited a Sikh child from wearing a kirpan to school, as a violation of freedom of religion under section 2(a) of the Canadian Charter of Rights and Freedoms. This order could not be saved under section 1 of the Charter.

R. Neil Snider is a Canadian educator. He served as the president of Trinity Western University (TWU) in Langley, British Columbia from 1974 until his retirement in 2006 and as president emeritus since that time. He was the longest-serving Canadian university president when he retired.

Christopher Stephen Myles Kempling is a Canadian educator who was suspended by the British Columbia College of Teachers and disciplined by the Quesnel School District for anti-gay comments in letters to the editor of the Quesnel Cariboo Observer. Kempling challenged the suspension in court, arguing that his right to freedom of expression had been violated. The British Columbia Court of Appeal ruled against him, ruling that limitations on his freedom of expression were justified by the school's duty to maintain a tolerant and discrimination-free environment. Kempling filed a complaint with the British Columbia Human Rights Tribunal alleging that the disciplinary action taken against him by the school district infringed his freedom of religion; this complaint was dismissed on similar grounds.

Charkaoui v Canada , 2007 SCC 9, is a landmark decision of the Supreme Court of Canada on the constitutionality of procedures for determining the reasonableness of a security certificate and for reviewing detention under a certificate. The Court held that the security certificate process, which prohibited the named individual from examining evidence used to issue the certificate, violated the right to liberty and habeas corpus under section 7, 9 and 10 of the Canadian Charter. The Court however rejected the appellant arguments that the extension of detentions violated the right against indefinite detention, that the differential treatment violated equality rights, and that the detention violated the rule of law. As remedy, the Court declared the "judicial confirmation of certificates and review of detention" to be of no force and effect, striking down articles 33 and 77 to 85 of the Immigration and Refugee Protection Act, but suspended the ruling for one year.

Adam Joseph Exner was the Archbishop of the Roman Catholic Archdiocese of Vancouver from 1991 to 2004.

The British Columbia Civil Liberties Association (BCCLA) is an autonomous, non-partisan charitable society that seeks to "promote, defend, sustain, and extend civil liberties and human rights." It works towards achieving this purpose through litigation, lobbying, complaint assistance, events, social media, and publications. Founded in 1962, it is Canada's oldest civil liberties association. It is based in Vancouver and is jointly funded by the Law Foundation of British Columbia and by private citizens through donations and memberships.

The Justice Centre for Constitutional Freedoms (JCCF) is a Canadian right-wing legal advocacy organization specializing in Canadian constitutional law, specifically in interpretations of the Canadian Charter of Rights and Freedoms. Based in Calgary, Alberta, the organization was founded in 2010 by John Carpay, a former Alberta provincial director of the Canadian Taxpayers Federation and a former candidate of the federal Reform Party and provincial Wildrose Party who later joined the United Conservative Party.