Trio Ellas is an all-female Latin-American music group formed in 2006 and based in Los Angeles, California by Stephanie Amaro de Abad, Nelly Cortez and Suemy Gonzalez. The group mixes traditional mariachi music with classic romantic trio, jazz, country and other styles. [1] [2] [3] The trio wear Mariachi pants, instead of skirts, and wear stilettos, performing in Spanish and English. Their performances do not follow any traditional structure. Their influences include Los Tres Ases, Los Dandies, and Los Panchos.

Trio Ellas’ career began by performing “out of necessity” [4] at a restaurant in Pasadena, California. These performances allowed them to collect tips by performing on a weekly basis. [4] In May 2012 Trio Ellas released their debut album Con Ustedes...Trio Ellas which contains cover versions of songs including Besame Mucho , Ojala Que Llueva Cafe and Odiame. In the same year, the group completed a tour of Okinawa for USO in Japan, performed at the annual League of United Latin American Citizens (LULAC) conventions in Orlando, Florida and San Antonio, Texas. In North Carolina, Trio Ellas performed at the "Latinos Unidos" event at Democratic National Convention (DNC). In the summer of 2012, Trio Ellas also participated in a two-week run at the Hollywood Bowl's "Summer Sounds" children's program. [5] [ failed verification ] The group also performed at the San Jose Latin Music Festival in 2012. The first album of the group was nominated for a Latin Grammy under the category of Best Ranchero Album in September 2012. [3] [4]

All three of trio sing. Stephanie Amaro de Abad plays guitar; Nelly Cortez plays guitarron and vocals; Suemy Gonzalez, a graduate from USC's Thornton School of Music, [3] plays violin. Amaro de Abad and Gonzalez met while performing in other all-male, except for them, mariachi ensembles. Amaro de Abad was part of a group called “Alma De Mi Tierra” with Gonzalez. [4] Cortez, being a fourth generation mariachi musician,[ citation needed ] grew up listening to Mariachi music and seeing family members, male family members, participate in it. Gonzalez started playing violin at age 5, and began to play mariachi music at age 12, encouraged by her mother. After attending a music festival in San Jose, California, she began to perform it in local groups in Sacramento, California. Amaro de Abad started at age 19. After seeing a professional mariachi show group, she started performing mariachi. Her father was a musician, but Mariachi music was not commonly heard in the home. [4]

Mariachi is a genre of regional Mexican music that dates back to at least the 18th century, evolving over time in the countryside of various regions of western Mexico. The usual mariachi group today consists of as many as eight violins, two trumpets and at least one guitar, including a high-pitched vihuela and an acoustic bass guitar called a guitarrón, and all players taking turns singing lead and doing backup vocals. 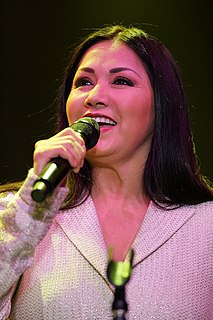 María Guadalupe Araujo Yong, better known as Ana Gabriel, is a Mexican singer and songwriter from Comanito, Sinaloa, Mexico. She first sang on the stage at age six, singing "Regalo A Dios" by José Alfredo Jiménez. She moved to Tijuana, Baja California and studied accounting. At age 21, in 1977, she recorded her first song, titled "Compréndeme". During her long career, she has hits in three different genres of music: Latin pop, Latin rock, and Mariachi. 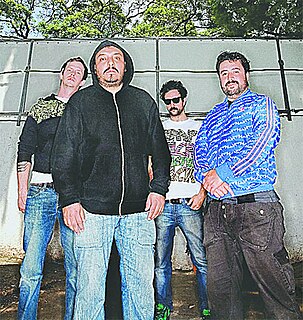 Molotov is a Mexican rap rock band formed in Mexico City in 1995. Their lyrics, which are rapped and sung by all members of the group, feature a mixture of Spanish and English. The band members also switch instruments and roles depending on what song they are performing.

Grupo Bryndis is a Mexican Grupera band from Cerritos, San Luis Potosí, - though founded in Santa Paula, California in 1983 by Mauro Posadas, the band is a Latin Grammy Award winner. The band performs in the balada tecnocumbia, grupera genres.

Nydia Rojas, is an American singer who performs in a wide range of musical styles such as jazz, soul, and R&B, but makes a particular specialty of Mexican folk music. 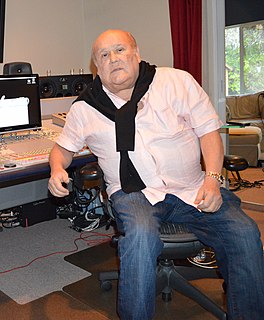 Leopoldo Dante Tévez, known as Leo Dan, is an Argentine composer and singer born in Villa Atamisqui, Santiago del Estero Province. He recorded more than 20 albums during his long career during the late 20th century between Argentina and Mexico. His appreciation for Mexican music led him to record with mariachis, and from there he went to international fame. His music was well received by the Mexican public since his voice was a good match to the traditional mariachi sound.

The winners of the Second Annual Latin Grammy Awards were announced during a press conference on Tuesday, October 30, 2001 at the Conga Room in Los Angeles, California. The conference, which was broadcast live on the internet, was hosted by Jimmy Smits and Paul Rodriguez. Alejandro Sanz was the big winner winning four awards including Album of the Year. Juanes won three awards including Best New Artist. 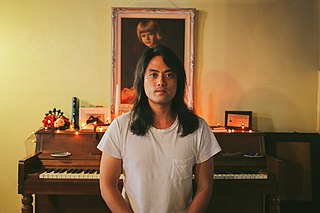 Ray Suen is an American musician based in Los Angeles, California, best known for his work with The Killers, Mariachi El Bronx, Lorde and Childish Gambino. 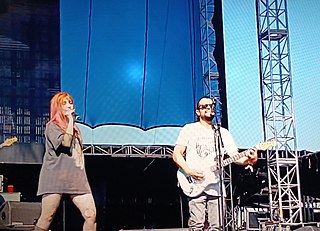 Jotdog is a Mexican pop band formed in Mexico City in 2009. The group consists of María Barracuda, born Maricela Morales Rodríguez, and Jorge "La Chiquis" Amaro ; formerly Jotdog's sound is indebted to the electronic era but eventually grew to incorporate influences from many genres of popular music. They have maintained a recognisable sound built on melodic instrumentals, highlighted by Amaro's music and Barracuda's expressive vocals. Their lyrics focus on personal themes such as unrequited love. 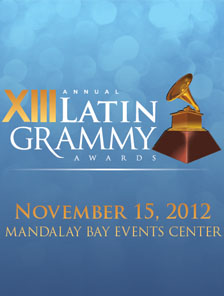 The 13th Annual Latin Grammy Awards was held on Thursday, November 15, 2012 at the Mandalay Bay Events Center in Las Vegas, Nevada. It was the fifth time the awards was held at this venue and in Las Vegas. It also marks the last year in the Latin Recording Academy's contract where the Mandalay Bay Events Center hosted. It is unknown if the awards will continue to be held at this location beyond 2012.