Triple H (call sign: 2HHH) is a community radio station located in Sydney, Australia. It services the Hornsby Shire and the Ku-ring-gai Council area. Triple H runs on a general community licence and is required to provide content most suited to its own population and minority groups. Membership is open to all members of the community.

2HHH FM began at the end of 1999 involving a large section of the community. This group believed that the area was not being serviced adequately by the existing community radio station North FM. The frequency of 100.1 in the Hornsby Region became Triple H. [1]

2HHH FM is a community radio station run by a company limited by guarantee.

When the Australian Communications and Media Authority reissued application for a permanent broadcasting licence in 2000 for the Hornsby/Kuring-gai area, the members assembled a presenter team, physically built the studio and prepared the programs and production for the aspirant transmissions Triple H scouted around the local businesses for transmitters and broadcasting gear that they did not already possess. They had to complete the task of getting a studio to air in six months.

They asked local business people to donate computers, compressors, transmitters, microphones, and made an application to the council for the use of the North FM antenna that was supplied by the council.

Triple H is a group of members working together to move the station forward.

Triple H is owned by the community of Hornsby and Ku Ring Gai through membership of 2HHH FM Limited.

In American, Canadian, and Mexican broadcasting, a city of license or community of license is the community that a radio station or television station is officially licensed to serve by that country's broadcast regulator.

Ku-ring-gai Council is a local government area in Northern Sydney, in the state of New South Wales, Australia. The area is named after the Guringai Aboriginal people who were thought to be the traditional owners of the area. More contemporary research suggests that this was not the case. 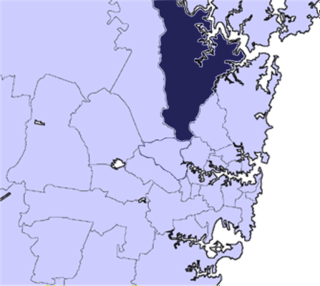 TMCR or Today's More Choice Radio is a community radio station in Thorne, near Doncaster in South Yorkshire.

2RDJ-FM is a community radio station based in Burwood and broadcasts to the Inner West suburbs of Sydney.

Northside Broadcasting Co-operative Limited (2NSB) is a community radio station based in Chatswood, Sydney, Australia. It operates on the FM 99.3 frequency and is referred to as Northside Radio FM99.3 on-air and for business purposes. In October 2021, Northside Radio FM99.3 celebrates its 40th anniversary since incorporation. In 2009 it began restructuring its programs and music content to community-based magazine shows, specialist music programs and a more mainstream playlist.

CHES-FM, branded as Erin Radio 91.7 is an English language community radio station based in the town of Erin, Ontario, Canada. The station serves the town of Erin as well as outlying communities. The station features regular news updates, and community events. Music formats include rock, pop, folk, roots, country, bluegrass, jazz, R&B, blues, and oldies. The station also focuses on the airplay of independent local, regional and national Canadian music, with the goal of promoting new talent in Canada.

2MAX FM is a community radio station based in Narrabri, New South Wales, Australia. The station has been broadcasting for over 15 years to the regional area after being granted a full-time licence in 2000. 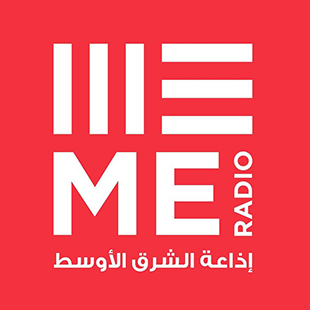 CHOU is a multilingual Canadian radio station broadcasting in Montreal, Quebec at 1450 kHz and retransmitted at 104.5 MHz. The main programming is in Arabic language and caters for various Arab and Middle Eastern communities in Greater Montreal and vicinity in Arabic including Lebanese, Syrian, Egyptian and Maghrebi dialects. CHOU also runs a two-hour weekly show in Armenian. It is also offered online and on various applications.

PBS 106.7FM, also known as the Progressive Broadcasting Service, is a co-operatively owned community radio station in Melbourne, Australia, that broadcasts on 106.7FM, Digital radio and online. PBS celebrated its 40th year of broadcast in 2019.

2ARM FM is a community radio station, first established in the late 1970s, broadcasting from Armidale, New England Australia. The station maintains a 24/7 365 days a year service. Permanent Community Broadcasting 5-year term Licences have been granted in 2012 and 2017 after operating from 2007 on Temporary Community Broadcasting Licences (TCBL). These 2007 events included a 28 September 2007 letter of representation from Mr Tony Windsor MP for New England to Senator Helen Coonan Minister for Communications, Information Technology & the Arts.

87.8 UCFM is an independent student radio station transmitting from the campus of the University of Canberra. It broadcasts a professionally consulted College Radio niche music format - 24 hours a day, seven days a week, with a mix of news and current affairs. The radio station's studios are located within the lower level of "The Hub" complex on the university's Bruce campus, in Australia's capital city - Canberra.

Golden Days Radio is a Melbourne-based community radio station broadcasting on 95.7 FM from a transmitter located at Caulfield Racecourse.

Inspiration FM is a community radio station based in Northampton, United Kingdom. It is a community led and managed radio service, providing access, information, entertainment and training, and encourages and promotes a voice for those who are under-represented or socially excluded to provide an outlet for creativity, shared vision and expression.

North West FM is a community radio station based in Hadfield, a suburb of north west Melbourne, Australia. Its broadcast area covers the City of Moreland, City of Hume and the City of Moonee Valley.

Mearns FM is a community run radio station based in the North East of Scotland. There are transmitters in Laurencekirk, Inverbervie, Stonehaven and Portlethen leading to a coverage area stretching from St Cyrus to Newtonhill. The studio is located in Stonehaven.

Stafford FM is a local community radio station serving Stafford, Staffordshire, England. It broadcasts on 107.3 FM and online. The station was one of two to apply in 2014 for an FM community radio licence to cover Stafford. The other was BFBS.