Trodat, Inc. is an Austrian multinational company which claims to be the world's largest manufacturer of rubber stamps (base sales). Trodat has its company headquarters in Wels, Austria, and employs more than 1,000 people worldwide.

Trodat Trotec Group was founded in Vienna, Austria, in 1912, with the founding of the sole proprietorship of Franz Just & Söhne.

In 1951, the company relocated to the American occupation zone in Upper Austria, subsequently completing the first exports to Switzerland, Denmark, the Netherlands and Germany.

The company's current name is derived from a product designation. During 1947 and 1948, the first plastic date stamp with the Trodat name was produced. Trodat is a portmanteau of "TRO", standing for Trolitul, a plastic previously used for stamp manufacture, and "DAT", for date stamp. After rebranding in the late 1960s, Trodat became the official company name.[ citation needed ]

Trodat Trotec Holding GmbH was founded in 1987 as the parent company for foreign subsidiaries. The present-day corporate structure with management holding and operating corporations was adopted in 1999. As of 2017, the Trodat Trotec international group employs more than 1,550 people across more than 40 foreign and domestic subsidiaries, with staff in Austria, Germany, Switzerland, the Netherlands, France, Great Britain, Poland, Canada, the United States, South Africa, China, Japan, India, Russian Federation, Belgium, Italy, Brazil, Mexico, Australia and Spain. The total turnover for the group of companies for the last fiscal year was around EUR 249 million. The group’s CEO is Norbert Schrüfer and the CFO is Peter Köstler.

According to its own data, Trodat is the largest manufacturer of stamps in the world, in terms of base sales. It specialises in self-inking stamps with a built-in stamp pad. The Trodat Printy stamp, which was introduced to the market in 1976, has sold over 300 million, according to the manufacturer's data.

A software product named uTypia for ordering personalised stamps was developed to sell Trodat stamps online. The online ordering system has existed since 2000. According to Trodat, the company's products are sold online in more than 500 uTypia online shops.

The Trodat Company Museum is housed by the Villa at No. 4 Pollheimerstraße. It was originally built for the leather manufacturer Ploberger located near the mill creek in Wels, opposite the Ledererturm, between 1916 and 1918. Trodat purchased it in 1997 and renovated it. The building was designed by Hermann Muthesius (1861-1927), who was also the founder of the Deutscher Werkbund (German Association of Craftsmen). The former Samitz Villa (at the time, the office of an ENT doctor) is known today as Villa Muthesius and operated by lebensspuren - Der Verein für Kunst & Kultur. The association, which was founded in 2016, uses the two halls of the Villa as event spaces. 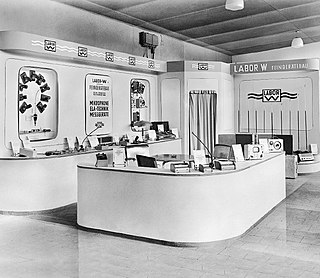 Sennheiser electronic GmbH & Co. KG is one of the world's leading manufacturers of headphones, speakers, microphones, conference technology and wireless transmission technology. The audio specialist’s headquarters are in Wedemark, Germany, near Hanover, and the company has offices in more than 50 countries worldwide. In addition to the Sennheiser brand, the Sennheiser Group also includes the studio microphone manufacturer Georg Neumann GmbH.

SIG Sauer[ɛs iː ɡeː ˈzaʊ̯ɐ] is the brand name used by several sister companies involved in the design and manufacture of firearms. The original company was Schweizerische Waggon Fabrik (SWF), later Schweizerische Industrie Gesellschaft (SIG) but it then went through several selloffs and the SIG Sauer brand is now spread over several companies. The original SIG is now known as SIG Combibloc Group and no longer has any firearms business. 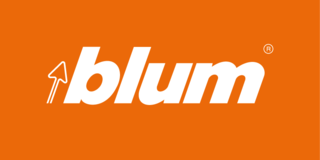 Blum GmbH is an international company that produces hinge-, lift- and runner-systems and the appropriate assembly tools for the cabinet making and furniture industry.

Vorwerk is an international diversified corporate group headquartered in Wuppertal, Germany. The main business is the direct distribution of various products like household appliances, fitted kitchens and cosmetics. Vorwerk was founded in 1883.

TENTE International GmbH, based in Cologne, Germany, is the holding company of the TENTE Group. Castors and wheels are manufactured under the TENTE registered trademark.

NKT A/S is an industrial holding company with interests in power cables and wires as well as optical components, lasers and crystal fibres. 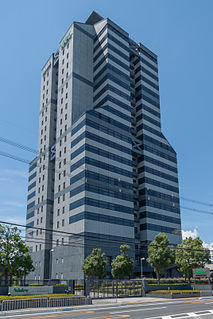 Nidec Corporation is a Japanese manufacturer and distributor of electric motors. Their products are found in hard-disk drives, electric appliances, automobiles and commercial and manufacturing equipment. The company has the largest global market share for the tiny spindle motors that power hard-disk drives.

Fronius International GmbH is an Austrian photovoltaic manufacturer based in Pettenbach, Upper Austria. Fronius is active in the fields of welding technology, photovoltaics and battery charging technology.

TGW Logistics Group is a systems integrator of automated warehouse solutions, headquartered in Marchtrenk, Austria. The company designs, manufactures, implements and maintains end-to-end fulfillment solutions - including everything from goods receipt to storage and order picking to shipping. The company name TGW comes from its original German name Transportgeräte Wels.

The Forbo Siegling Group's headquarters are located in Hanover, Germany. The company is an international manufacturer of conveyor and power transmission belts made of synthetic materials. The group has eight production facilities in Europe, Asia and America, as well as warehouses and workshops in over 50 countries. There are Forbo Siegling service points in more than 300 places all over the world.

Geberit (Alemannic German pronunciation: [ˈɡeberɪ:t] is a Swiss multinational group specialized in manufacturing and supplying sanitary parts and related systems. It is a leader in its field in Europe with a global presence through its subsidiaries. 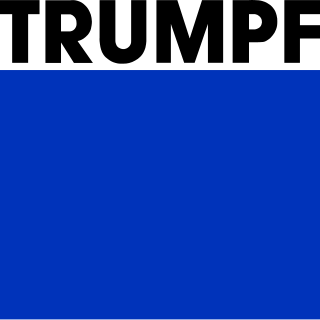 The TRUMPF Group is a German industrial machine manufacturing company. It is a family-owned company with its head office in Ditzingen near Stuttgart. TRUMPF is one of the world's biggest providers of machine tools. With more than 70 operative subsidiaries, the TRUMPF Group is represented in all important markets worldwide. Its production facilities are based in China, Germany, France, the UK, Italy, Japan, Mexico, Austria, Poland, Switzerland, the Czech Republic and the US. 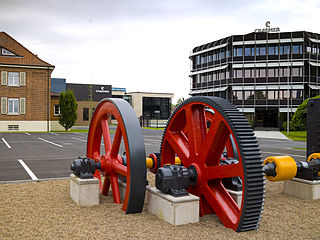 The Craemer Group is a company based in the German town of Herzebrock-Clarholz. Today, the company, founded in 1912 by Paul Craemer as Press-, Stanz- und Hammerwerke GmbH, employs a staff of around 1000 in metal forming, tool making and plastics processing and achieved a total operating performance of around 260 million Euros in 2020. The group consists of the umbrella company Craemer Holding GmbH, its subsidiary Craemer GmbH and the subsidiaries thereof.

InternormInternational GmbH is an Austrian brand founded in 1931 that specializes in the manufacture of windows and doors. Its headquarters are located in Traun, Upper Austria. The company is a family business, currently run by the third generation.

SLM Solutions Group AG, headquartered in Lübeck, Germany, is a manufacturer of 3D metal printers listed on the stock market and co-owner of the word mark SLM. The shares of SLM Solutions Group AG have been listed in Prime Standard of the Frankfurt Stock Exchange since May 9, 2014.

Humanetics is the largest manufacturer of anthropomorphic test devices (ATDs), commonly known as crash test dummies, as measured by market share. Headquartered in Farmington Hills, Michigan, the company is a subsidiary of Humanetics Group, itself owned by Bridgepoint Capital, a private equity firm.