The series revolves around characters from folk tales of old times. [3]

Agnetha Fältskogs svensktoppar is a compilation album released in 1998 by Swedish pop singer Agnetha Fältskog, known from the Sweden pop group ABBA. The songs on the album are hits by her on the Swedish hitlist Svensktoppen.

Soran Ismail, is a Swedish Kurdish comedian, TV personality and author of Kurdish descent who as an immigrant grew up in Knivsta, Uppsala County and lived most of his life in Sweden. He is well known for his participation in several TV and radio shows with a humour profile and has toured Sweden together with Magnus Betnér with a show called En skam för Sverige. His various television projects include the documentary Absolut svensk where he examines ethnic identity and every day racism in Sweden. This is also the title of his book released in 2017.

Sockerbagaren, is a Danish song rewritten by Alice Tegnér. Tegnér's version was published in volume 3 of Sjung med oss, mamma! in 1895.

"Till dom ensamma" is a song written and recorded by Mauro Scocco for his 1991 studio album Dr. Space dagbok, and released as a single the same year. The song charted at Svensktoppen for 22 weeks between 8 December 1991-10 May 1992, topping the chart. It also peaked at number 12 on the Swedish Singles Chart.

"Efter plugget" is a song written by Lars Olof Larsson, Ted Larsson, Ken Siewertson and Mats Carinder, and originally recorded by Factory and released as a single in 1978 with Vi sticker, här blir inga barn gjorda as B-side, as well as appearing on the band's 1979 album Factory. Song lyrics describe completing the final year of school, and worrying about what to do next. The single peaked at second position at the Swedish singles chart, and charted at Svensktoppen for 10 weeks between 8 April-10 June 1979, peaking at 5th position.

En spännande dag för Josefine is a song written by Benny Borg, and recorded by Schytts, using it as a B-side for their 1974 single "Hasta la vista " and also charted at Svensktoppen for one weeks, at 9th position, on 20 October 1974. It was also recorded by Curt Haagers on their 1985 album with the same name, and Göran Lindbergs orkester, on the 1993 album Den röda stugan.

"Christmas in New York" is a Christmas song written by Billy Butt at the piano of the Church of Sweden in New York in 1979. It was recorded by John Wesley Shipp and released as a single in 1982, with "The Christmas Song" on its B-side.

Flera sidor av samma man was released on 5 July 2006, and is a Peter Jöback compilation album. Despite being released in mid-year, the album became the most sold in Sweden of 2006.

Du har det där is the debut studio album by Swedish dansband Grönwalls. It was released on 29 October 1992. Being the band's debut album, it was nominated for a Grammis Award. The songs "Du har det där" and "Du ringde från Flen" also became Svensktoppen hit songs.

En dag i juni is a 1974 Thorleifs studio album In 1996, the album was rereleased to CD and cassette tape on the Golden Line label.

Mitt julkort is a 1994 Jenny Öhlund Christmas album, and her debut album as a solo artist, though members of her former band, Candela, also contribute. The CD version was released through the KM label, and the cassette tape through the Mariann label. 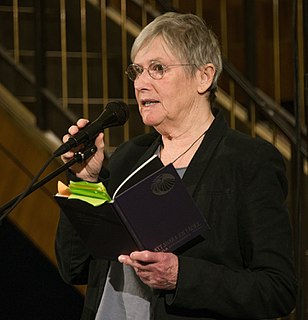 Koppången is a Swedish song, with music composed originally for violin in 1998 by Per-Erik Moraeus for his folk music group Orsa Spelmän, which includes his brothers Kalle Moraeus and Olle Moraeus. The name and the inspiration for the song come from the wetlands and nature preserve Koppången, near the Moraeus family home in Orsa Municipality, Dalarna, Sweden.