Trouble in Mind is an extended play album by American country artist Lee Ann Womack. The album was released on April 18, 2015, via Sugar Hill Records and was produced by Frank Liddell. It was released exclusively as a limited edition vinyl record and contained three new tracks. Trouble in Mind was made to be unlike Womack's previous releases because it featured limited musical production. The record only included Womack's voice and a guitarist as the primary instruments.

Womack and her spouse/producer Frank Liddell discussed the intention to record an album with limited background production. The pair decided on choosing "handpicked compositions" and one musician for the album. American guitarist Richard Bennett was chosen as the record's session player. Bennett used "vintage" guitars for the recording process. The album was recorded in Liddell and Womack's personal studio. [1] Hannahlee Allers of The Boot music blog called the album a "less is more approach", which followed a similar style to that of Womack's 2014 studio album The Way I'm Livin' . [2] In an interview with Rolling Stone , Womack spoke about her reasons for the project, [3]

"I love the idea of mixing things up, but stripping them back...When you make things that basic, you can hear all the commonalities between, say, Lightnin' Hopkins and Ralph Stanley. When you make those connections, that's when it gets interesting." [3]

Three tracks were chosen for the release of Trouble in Mind. The title track is a blues standard that has been recorded by various musical artists. [1] [3] The second track, "Where Have All the Average People Gone", was first made commercially successful by Roger Miller. Music journalist and critic Stephen L. Betts called the song a "gem" that was "unearthed" for the album's preparation. [3] The third and final track, "I've Just Seen the Rock of Ages", was notably recorded by Ralph Stanley in a gospel-bluegrass format. [1]

Trouble in Mind has mainly received positive responses from music critics and journalists. Stephen L. Betts of Rolling Stone commented, "For an artist who is so deeply rooted in traditional country music that the cover of her 2005 album, There's More Where That Came From, was designed to resemble a classic country LP, doing something unique to celebrate next month's upcoming Record Store Day isn't surprising." [3] Jessica Nicholson of the trade publication series MusicRow praised Womack's musical choices, stating, "Trouble In Mind is just the latest in a string of interesting collaborations Womack has taken part in during recent months. She co-hosted the International Bluegrass Music Awards with bluegrass stalwart Jerry Douglas, participated in a CMT Crossroads taping with John Legend, recorded with Ralph Stanley, and more." [1]

The extended play was released on Record Store Day on April 18, 2015. It was issued only as a 12 inch vinyl record on Womack's label, Sugar Hill Records. [3] [4] It was available for a limited time period at selected record stores. [2] 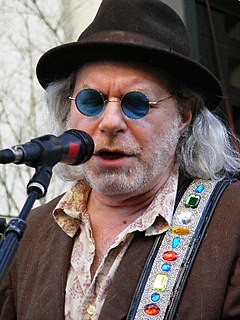 Lee Ann Womack is an American country music singer and songwriter. Her 2000 single, "I Hope You Dance" was a major crossover music hit, reaching No. 1 on the Billboard Country Chart and the Top 15 of the Billboard Hot 100, becoming her signature song. 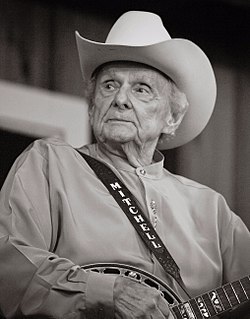 Ralph Edmund Stanley was an American bluegrass artist, known for his distinctive singing and banjo playing. Stanley began playing music in 1946, originally with his older brother Carter Stanley as part of The Stanley Brothers, and most often as the leader of his band, The Clinch Mountain Boys. He was also known as Dr. Ralph Stanley. 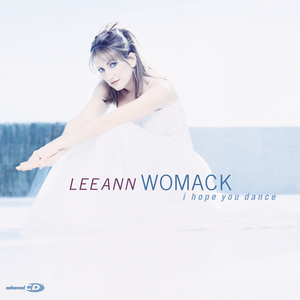 I Hope You Dance is the third studio album by American country music singer Lee Ann Womack. It was released on May 23, 2000, as her first album for MCA Nashville. The title track was a crossover hit in 2000, becoming Womack's only number one single on the Billboard Hot Country Songs chart, while "Ashes by Now", "Why They Call It Falling", and "Does My Ring Burn Your Finger" also peaked in the top 40 region of that chart.

James Russell Lauderdale is an American country, bluegrass, and Americana singer-songwriter. Since 1986, he has released 31 studio albums, including collaborations with artists such as Dr. Ralph Stanley, Buddy Miller, and Donna the Buffalo. A "songwriter's songwriter," his songs have been recorded by dozens of artists, notably George Strait, Gary Allan, Elvis Costello, Blake Shelton, the Dixie Chicks, Vince Gill, and Patty Loveless.

Something Worth Leaving Behind is the fourth studio album from American country music singer Lee Ann Womack, released in 2002. It peaked on the Billboard 200 at #16 and the Top Country Albums at #2. Two singles were released from the album; the title-track and "Forever Everyday". This was also the first album of Womack's career not to produce a Top Ten country hit.

The Season for Romance is the fifth studio album, and first Christmas album, from Lee Ann Womack. It was released two months after her fourth studio album, Something Worth Leaving Behind. 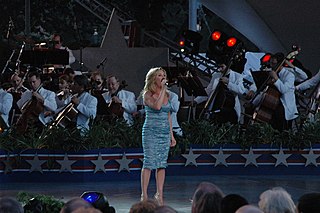 American country music artist Lee Ann Womack has released nine studio albums, three compilation albums, one extended play, 30 singles, 20 music videos, and appeared on 43 albums. Womack's self-titled debut album was released in May 1997 on Decca Nashville Records. It peaked at number nine on the Billboard Top Country Albums chart and number 106 on the Billboard 200, certifying platinum from the Recording Industry Association of America. It featured the hit singles "Never Again, Again", "The Fool", and "You've Got to Talk to Me". Her gold-certifying second album Some Things I Know (1998) reached number 20 on the country albums chart, spawning the hits "A Little Past Little Rock" and "I'll Think of a Reason Later". 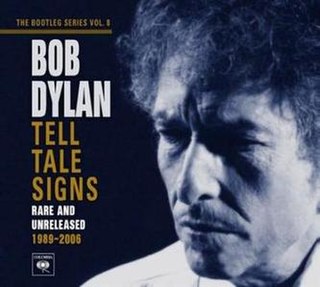 The Bootleg Series Vol. 8: Tell Tale Signs: Rare and Unreleased 1989–2006 is a compilation album by singer-songwriter Bob Dylan released on Legacy Records in 2008. The sixth installment of the ongoing Bob Dylan Bootleg Series, it was originally released as a double-disc set, a limited edition triple vinyl album, as well as a three-disc expanded version. This latter edition of Tell Tale Signs includes a detailed 56-page book annotating the recordings by Larry Sloman, a book of photos The Collected Single Sleeves of Bob Dylan drawing on Dylan releases from around the world, plus a 7-inch vinyl single comprising two tracks from the set: "Dreamin' of You" and "Ring Them Bells". 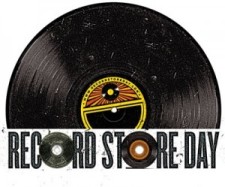 Record Store Day is an annual event inaugurated in 2007 and held on one Saturday every April and every Black Friday in November to "celebrate the culture of the independently owned record store". The day brings together fans, artists, and thousands of independent record stores across the world. A number of records are pressed specifically for Record Store Day, with a list of releases for each country, and are only distributed to shops participating in the event.

"Does My Ring Burn Your Finger" is a song written by Julie Miller and Buddy Miller, and recorded by American country music artist Lee Ann Womack. It was released in October 2001 as the fourth and final single from her third studio album, I Hope You Dance. The song peaked at number 23 on the Billboard Hot Country Singles & Tracks.

Frank Liddell is an American record producer. A former artists and repertoire director at Decca Records, he founded Carnival Music in 1999. Liddell is also married to singer Lee Ann Womack, for whom he has produced. Other acts that Liddell produces include Miranda Lambert and the Eli Young Band.

The Way I'm Livin' is the eighth studio album by American country music recording artist Lee Ann Womack. The album was released via Sugar Hill Records on September 23, 2014. Her first album in six years, following 2008's Call Me Crazy, this album sees Womack embrace roots music and americana alongside neotraditional country rather than the country pop sound that was prevalent in several previous releases.

Aubrie Lee Sellers is an American country music singer and songwriter. She is the daughter of singer/songwriters Jason Sellers and Lee Ann Womack; and the stepdaughter of music producer Frank Liddell. Sellers's debut album, New City Blues, was released on January 29, 2016, through Carnival Music. Many of the songs on New City Blues were co-written with Adam Wright.

Ronnie Bowman is an American singer and composer of bluegrass music. Besides his solo albums, he is known for his work with the Lonesome River Band. 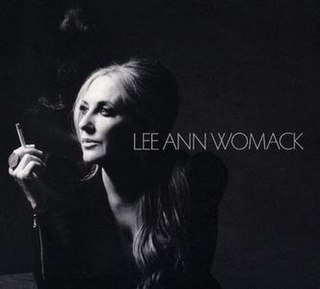 The Lonely, the Lonesome & the Gone is the ninth studio album by the American country music singer-songwriter Lee Ann Womack. It was released on October 27, 2017, by ATO Records. It was available to stream a week before on NPR.org as part of its First Listen series.

"All the Trouble" is a song by American country music artist Lee Ann Womack. It was composed by Waylon Payne, Adam Wright and Womack. In 2017, it was released as a single via ATO Records and was the lead track of Womack's album, The Lonely, the Lonesome & the Gone. The song received positive reviews from writers and journalists. 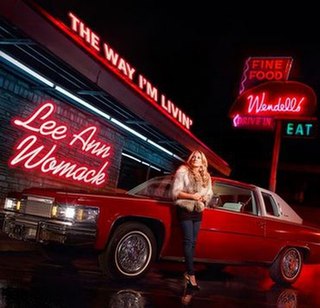 "The Way I'm Livin'" is a song written by Adam Wright and was recorded by American country music artist Lee Ann Womack. It was released as the lead single to her studio album, also titled The Way I'm Livin'. It was issued as a single in May 2014 via Sugar Hill Records and Caroline Records. Despite having little commercial success, the song received positive reviews from critics. 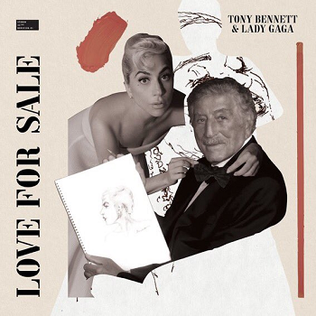 Love for Sale is the second and final collaborative album by American singers Tony Bennett and Lady Gaga, released on September 30, 2021, by Columbia and Interscope Records. It is the sixty-first (final) studio album of Bennett's career, and Gaga's seventh. Following Cheek to Cheek (2014), the duo's first collaborative album, Love for Sale was recorded between 2018 and early 2020, consisting of their renditions of various jazz standards by American composer Cole Porter, to whom the record is a tribute.