The Trousdale Turner Correctional Center is a private prison for men, located in Hartsville, Trousdale County, Tennessee, owned and operated by CoreCivic (formerly Corrections Corporation of America) under contract with the Tennessee Department of Correction. [1]

The facility opened in 2016, and is located on the site of the canceled Hartsville Nuclear Plant. It holds a maximum of 2672 male inmates at medium security. [2] There are seven housing units within the facility, each housing different number of inmates. The following, three-pod, housing units each house a maximum of 360 inmates: D, C, F, B and E. Housing unit W contains four pods, each holding a maximum of 128 inmates, for a total of 512. The inmates in this housing unit live in an open bay setting. Which means they are not in cells but sleep side by side in bunks. The segregation unit, A, contains five pods with a maximum capacity of 360.

Between its opening in January 2016 and May, an inmate was stabbed on February 26 when an officer left a housing unit unattended, the facility's newly-appointed warden resigned by early March without explanation, a TDOC official formally complained that CCA officers had no control over the prisoners, the entire facility unexpectedly halted taking new state inmates because of these "growing pains", [3] and an officer was assaulted. [4]

On September 6, 2017 an officer was assaulted in E Unit by an inmate high on methamphetamine. The inmate used a homemade weapon to stab the officer multiple times. The officer was unable to escape the attack, which resulted in the inmates in his pod to come to his aid.

On June 15, 2019 at approximately 3:00 P.M. CDT an inmate was found deceased in his cell during count. Further investigation revealed the inmate had been in an altercation with another inmate.

On August 30, 2019 an inmate in W unit attacked and sexually assaulted a mental health staff member. The staff member was flown to Vanderbilt Medical Center for treatment, however, the attack resulted in a loss of vision for that staff member. The matter is currently under investigation.

On January 25, 2020 a protective custody inmate was fatally stabbed by another inmate in the segregation unit.

on December 17, 2020 an inmate was fatally wounded by his cellmate while being house in the segregation unit.

In 2020, an outbreak of COVID 19 at the Trousdale Turner Correctional Center made Trousdale County the county with the highest per capita infection rate in the United States in early May. [5] As of May 8, 1,284 prisoners at Trousdale had tested positive for the coronavirus, as had 50 employees and contractors at the facility. [6] By August, three infected prisoners had died and a total of 1,379 prisoners had been infected. [7]

With the various issues inside the facility and the recent events of COVID-19, the warden has decided to place the facility under lockdown till further notice.

As of 2016, Tennessee houses state inmates in four private prisons. [8] The state's Private Prison Contracting Act of 1986, however, authorizes one single private prison for state inmates. [9] As of 2016 Tennessee technically contracts directly with CoreCivic for inmates held at South Central Correctional Facility. For Trousdale and the two others, the state circumvents the statute by contracting with the local county. In turn the county signs an agreement with CoreCivic. [10] 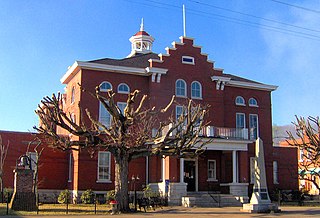 Pelican Bay State Prison (PBSP) is the only supermax facility in the state of California. This prison is located in Del Norte County, California. The prison takes its name from a shallow bay on the Pacific coast, about 2 mi (3.2 km) to the west. The prison lies in a detached section of Crescent City, several miles north of the main urban area and just south of the Oregon border. PBSP's primary purpose is to house violent male prisoners from the California state prison system; 40% of Pelican State's inmates are serving life sentences and nearly all have histories of violence at other California prisons which resulted in their transfer to Pelican Bay. The sole exception are the institution's minimum security inmates, who work as part of the prison's outside maintenance and firefighter programs. 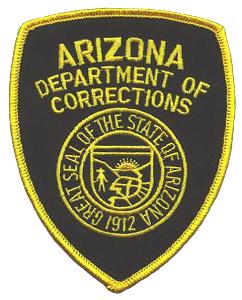 The Arizona Department of Corrections, Rehabilitation & Reentry, commonly and formerly referred to as simply the Arizona Department of Corrections, is the statutory law enforcement agency responsible for the incarceration of inmates in 13 prisons in the U.S. state of Arizona. As of December 2015, the ADC manages over 42,643 imprisoned inmates and over 5,466 inmates who have been paroled or that are statutorily released. ADC is also in involved in recruitment and training of Correctional Officers at the Correctional Officer Training Academy (COTA) in Tucson, Arizona. The ADC is headquartered in Downtown Phoenix.

A super-maximum security (supermax) or administrative maximum (ADX) prison is a "control-unit" prison, or a unit within prisons, which represents the most secure levels of custody in the prison systems of certain countries. 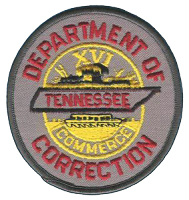 Pontiac Correctional Center, established in June 1871, is an Illinois Department of Corrections maximum security prison for adult males in Pontiac, Illinois. The prison also has a medium security unit that houses medium to minimum security inmates and is classified as Level 3. Until the 2011 abolition of the death penalty in Illinois, the prison housed male death row inmates, but had no execution chamber. Inmates were executed at the Tamms Correctional Center. Although the capacity of the prison is 2172, it has an average daily population of approximately 2000 inmates.

The Pendleton Correctional Facility, formerly known as the Indiana Reformatory, is a state prison located in Fall Creek Township, Madison County, near Pendleton and about 25 miles (40 km) northeast of Indianapolis. Established in 1923, it was built to replace the Indiana State Reformatory located in Jeffersonville after a fire severely damaged the original property. The Pendleton facility currently offers maximum and minimum-security housing for adult males over 22 years old. The maximum-security portion is made up of 31 acres (130,000 m2) surrounded by a concrete wall. It has an average daily population of approximately 1,650 inmates. Located on the grounds outside the enclosure, the minimum-security dormitory holds approximately 200 prisoners on a daily basis.

Upstate Correctional Facility is a maximum security state prison for men in Franklin County, New York, US. The prison, in the Town of Malone, was the first New York State prison built as a supermax.

The Columbia Correctional Institution (CCI) is an adult male maximum-security correctional facility operated by the Wisconsin Department of Corrections Division of Adult Institutions in Portage, Columbia County, Wisconsin. The operating capacity is 541. The average daily population for fiscal year 2018 was 830. Larry Fuchs, the warden, has been in that position since April 2020.

Kent Institution is a Correctional Service of Canada (CSC) facility located in Agassiz, British Columbia. Opened in 1979, Kent is the only maximum security federal penitentiary in the CSC's Pacific region, which includes the province of British Columbia and the Yukon territory. The majority of prisoners at the facility are sentenced in other provinces. Educational programs, as well as socialization and employment, play a significant role at the institution. The facility employs over 300 people. The capacity is 298.

W. J. "Jim" Estelle Unit is a prison located on Farm to Market Road 3478 in unincorporated Walker County, Texas, United States, 10 miles (16 km) north of central Huntsville. The prison, with about 5,459 acres (2,209 ha) of space, is operated by the Texas Department of Criminal Justice. The unit, which opened in June 1984, was named after Ward James "Jim" Estelle, a former prison director of Texas.

Management & Training Corporation or MTC is a contractor that manages private prisons and United States Job Corps centers, based in Centerville, Utah. MTC's core businesses are corrections, education and training, MTC medical, and economic & social development. MTC operates 21 correctional facilities in eight states. MTC also operates or partners in operating 22 of the 119 Job Corps centers across the country. They also operate in Great Britain, under the name MTCNovo. 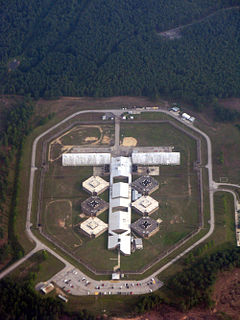 Tallahatchie County Correctional Facility (TCCF) is a private prison for men, authorized by the Tallahatchie County Correctional Authority and operated by CoreCivic, formerly the Corrections Corporation of America on behalf of the Mississippi Department of Corrections. The maximum-security facility is located in unincorporated Tallahatchie County, Mississippi, near Tutwiler in the Mississippi Delta. Since its opening with 352 prisoners, the prison has expanded capacity nearly ninefold, holding 2672 inmates by October 2008. It has housed inmates from Wisconsin, Colorado, Hawaii, Wyoming, Vermont, and California, in addition to prisoners from Louisiana and Mississippi. In 2010 the facility served as a county jail and also housed more than 1,000 prisoners from California. Since 2013, it has not held Mississippi state prisoners.

Alger Correctional Facility (LMF) is a Michigan prison for adult men, operated by the Michigan Department of Corrections. It is located in the central Upper Peninsula of Michigan in Alger County, on the south side of Munising.

Cimarron Correctional Facility is a medium security prison in Payne County, Oklahoma, located three miles southwest of the city of Cushing. It is owned and operated by CoreCivic, formerly Corrections Corporation of America, under contract with the United States Marshals Service. 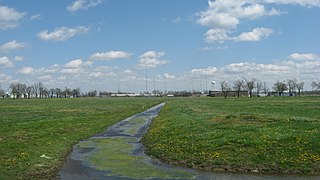 The Northwest Correctional Complex is a state prison located in Tiptonville, Lake County, Tennessee. It is owned and operated by the Tennessee Department of Correction. The facility can hold 2,391 inmates at a range of security levels. It has the second largest capacity of any state prison in Tennessee after the Trousdale Turner Correctional Center. As of May 31, 2020, there were 1,958 in the facility. It is the primary educational prison in the state system. In addition, inmates provide more than 100,000 hours of community service to state and local governments, and non-profit agencies annually.

Northeast Ohio Correctional Center is a private medium-security prison for men located in Youngstown, Mahoning County, Ohio, operated by CoreCivic under contract with the United States Marshals Service and the State of Ohio.