Troy Heinert (born July 29,1972) is an American politician currently serving as the minority leader of the South Dakota Senate.

Heinert was born in Spearfish,South Dakota. [2] He grew up on a ranch. His father died when he was 12,but he was taken under the wing of a close family friend. He attended local schools,where he graduated with a BS degree in education. [3] He is a member of the Rosebud Sioux Tribe. [4]

Heinert started work as an elementary school teacher,working also as a wrestling coach. [3]

He first ran for electoral office on the Todd County High School Board,winning a seat and serving for 3 years. [5]

Heinert and his wife in 2007 became owners of Chute 2,a bar and restaurant attached to the Prairie View country club in Mission. Chute 2 was sold and he works as a rodeo clown with the Korkow Rodeo family from Pierre,South Dakota,He became close to Jim Korkow,who was friends with his father,especially after his father's death. Korkow has acted as a father to him. [3]

In 2012,Heinert was elected as a Democrat to the South Dakota House of Representatives from District 26A,comprising Todd and Mellette counties. [2]

In 2014,Heinert was elected to the state senate.

He was succeeded in the house from District 26A by Shawn Bordeaux also of Mission.

He married Gena and they have two sons and a daughter. [3] They lived in Mission,South Dakota.

Marion Michael Rounds is an American businessman and politician serving as the junior United States senator from South Dakota since 2015. A member of the Republican Party,he served as the 31st governor of South Dakota from 2003 to 2011,and in the South Dakota Senate from 1991 to 2001. In 2014,Rounds was elected to the United States Senate,succeeding retiring Democrat Tim Johnson. He was reelected in 2020 over Democratic nominee Dan Ahlers. 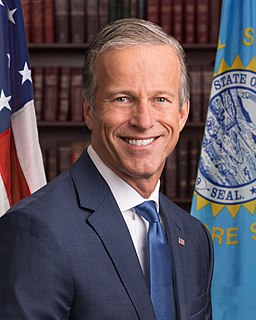 John Randolph Thune is an American politician and businessman serving as the senior United States senator from South Dakota,a seat to which he was first elected in 2004. A member of the Republican Party,he serves as Senate minority whip. 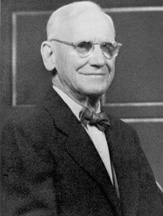 William Henry McMaster was an American Republican politician who served as the tenth Governor of South Dakota,serving from 1921 until 1925. He also served as a member of the United States Senate from South Dakota from 1925 to 1931. 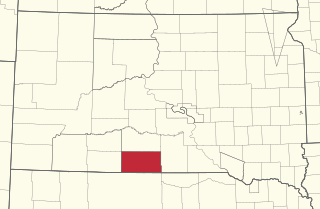 The Rosebud Indian Reservation (RIR) is an Indian reservation in South Dakota,United States. It is the home of the federally recognized Sicangu Oyate –also known as Sicangu Lakota,and the Rosebud Sioux Tribe (RST),a branch of the Lakota people. The Lakota name Sicangu Oyate translates into English as "Burnt Thigh Nation";the French term "BruléSioux" is also used. 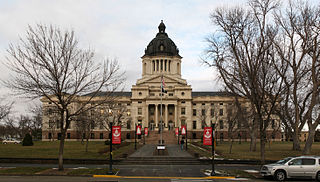 The structure of the Government of South Dakota is based on that of the federal government,with three branches of government:executive,legislative,and judicial. The structure of the state government is laid out in the Constitution of South Dakota,the highest law in the state. The constitution may be amended either by a majority vote of both houses of the legislature,or by voter initiative.

Timothy Mathern is a state senator in North Dakota. He also unsuccessfully ran for Governor of North Dakota in 2008.

Mac Schneider is an American attorney and politician who represented the 42nd district in the North Dakota Senate from 2009 until his reelection defeat in 2016. A member of the North Dakota Democratic-NPL Party,he served as the Senate Minority Leader from 2013 until the end of his Senate tenure. He was the Democratic-NPL endorsed candidate for the 2018 United States House of Representatives election in North Dakota.

Larry Rhoden is an American politician and businessman serving as the 39th lieutenant governor of South Dakota since 2019. A Republican,he previously served in both houses of the South Dakota Legislature.

Jason Frerichs is a state senator from South Dakota,currently serving as the Democratic Party's minority leader.

Billie Harmon Sutton is an American former professional bronc rider and politician. He was a member of the South Dakota Senate from 2011 to 2019,served as Minority Leader,and was the 2018 Democratic nominee for Governor of South Dakota. He lost to Republican Kristi Noem in the general election.

The 2018 United States House of Representatives election in South Dakota was held on November 6,to elect the U.S. Representative for South Dakota's at-large congressional district. The election coincided with other statewide,legislative,and local elections.

Drew Dennert is an American politician and a Republican member of the South Dakota House of Representatives serving since January 2017. He is the grandson of former Democratic legislator Paul Dennert.

Ralph Heinert Jr. is a former American engineer and politician from Montana. Heinert is a former Republican member of Montana House of Representatives.

The 2022 South Dakota gubernatorial election will take place on November 8,2022,to elect the governor of South Dakota. Incumbent Republican Governor Kristi Noem is running for a second term.