True Live is an Australian band formed in Melbourne, Australia. They had chart success with "TV" reaching #76 on the ARIA Single Chart [1] and The Shape of It reaching #85 on the ARIA Albums Chart. [2] The group received regular play on radio and television and were chosen to perform at the 2006 Commonwealth Games. [3] The group's early recordings contained strong ties to hip hop but in 2011 have made a significant turn toward rock and classical leanings.

True Live was formed in 2003, consisting of 6 diverse musicians. Under the leadership of Ryan Ritchie the band began to play gigs around Melbourne, including regular performances at The Evelyn and Revolver. During this time the group established its recognisable style, including a complete string section.

In 2005 Ryan Ritchie and True Live created the musical soundtrack for RASH [5] the first feature-length documentary in Australia to focus on the new art form of street art.

In early 2007, True Live received four stars in Rolling Stone Magazine[ citation needed ] for their album and succeeded in selling out tours across Australia.[ citation needed ] In 2007 'TV' was used as the music in the Fox Sports advertisements and in 2008 'Let Out' was included in the TV mini series 'Underbelly'. In May 2008, True Live released 'The Shape of It' in Japan.

The band has now released its 2nd album 'Found Lost'. In early 2009 True Live signed to Melbourne record label Illusive Sounds who are also the home of Bliss N Eso & Paris Wells. 'Found Lost' though critically successful, was a sales disaster in Australia, however the single 'Something To Be' received attention in France on both Radio and Television and the album was released and sold well in France and Switzerland, in 2011 the group Signed to Sakifo Records out of Orleans France, and are set to release their 3rd album through Europe in 2014.

True Live have supported international touring artists such as DJ Shadow, The Roots, De La Soul, Roots Manuva, Moby and Ozomatli on Australia-wide tours,[ citation needed ] and have been a successful part of a number of festivals, including:

The music of Australia has an extensive history made of music societies. Indigenous Australian music is a part of the unique heritage of a 40,000 to 60,000-year history which produced the iconic didgeridoo. Contemporary fusions of indigenous and Western styles mark distinctly Australian contributions to world music. During its early western history, Australia was a collection of British colonies, and Australian folk music and bush ballads such as "Waltzing Matilda" were heavily influenced by Anglo-Celtic traditions, while classical forms were derived from those of Europe. Contemporary Australian music ranges across a broad spectrum with trends often concurrent with those of the US, the UK, and similar nations – notably in the Australian rock and Australian country music genres. Tastes have diversified along with post-World War II multicultural immigration to Australia. 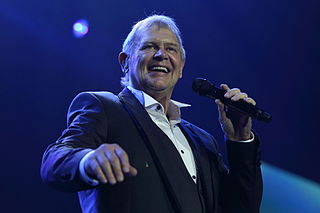 John Peter Farnham AO is a British-born Australian singer. Farnham was a teen pop idol from 1967 until 1979, billed then as Johnny Farnham, but has since forged a career as an adult contemporary singer. His career has mostly been as a solo artist, although he replaced Glenn Shorrock as lead singer of Little River Band from 1982 to 1985. 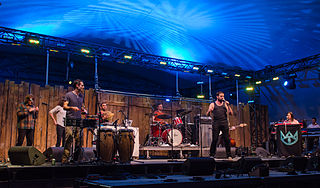 The Cat Empire is an Australian rock band formed in 1999. Their core members are Felix Riebl, Harry James Angus, Will Hull-Brown (drums), Jamshid "Jumps" Khadiwhala, Ollie McGill, and Ryan Monro. They are often supplemented by The Empire Horns, a brass duo composed of Ross Irwin (trumpet) and Kieran Conrau (trombone), among others. Their sound is a fusion of jazz, ska, funk and rock with heavy Latin influences. 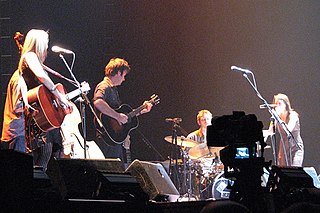 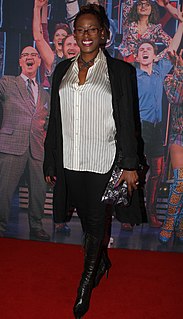 Dohnyale "Deni" Sharon Hines is an Australian solo artist who has been releasing music since the early 1990s, with chart success in Australia, New Zealand, Japan, and Europe. She is the daughter of Marcia Hines. 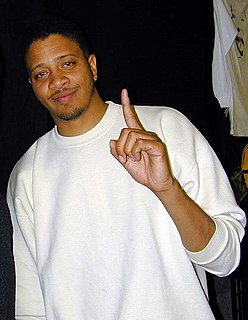 Charles Stewart, better known as Chali 2na, is an American rapper, associated with the groups Jurassic 5 and Ozomatli. He is known for his Bass-Baritone and quick delivery rapping style.

Bliss n Eso are an Australian hip hop trio based in Sydney, and were originally known as Bliss n' Esoterik for their debut EP The Arrival. Bliss n Eso are currently signed to Melbourne record label Illusive Sounds, and are managed and booked by label co-founders Adam Jankie and Matt Gudinski. Bliss n Eso have released six studio albums which include three number 1 debuts on the ARIA Charts. They have also won two ARIA Award for Best Urban Release for their 2008 album Flying Colours and for Best Music Video for their 2017 single "Moments". Eso, under the alias Esoterik, released an album entitled "My Astral Plane" in May 2018. 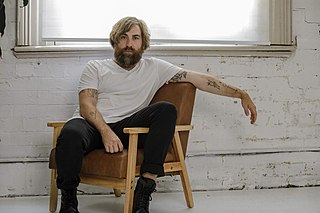 Josh Pyke is an Australian singer-songwriter and musician. 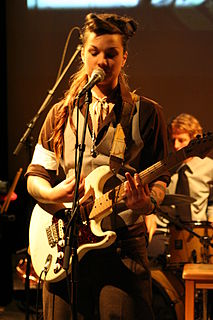 Hollie Smith is a New Zealand soul singer-songwriter based in Wellington. Her debut album Long Player reached number one on the RIANZ albums chart in 2007, and certified double platinum. 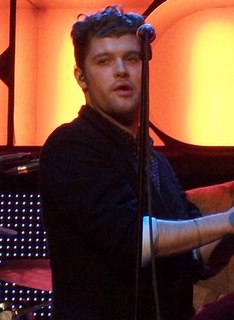 Daniel Paul Merriweather is an Australian R&B recording artist. Merriweather's debut solo album, Love & War, was released in June 2009. It entered the UK Albums Chart at number two. It was preceded by two singles, "Change" and "Red", which both made the top 10 on the related singles chart. Merriweather has won two ARIA Music Awards, Best Urban Release in 2005 for "She's Got Me" and Best Male Artist in 2009 for Love & War. 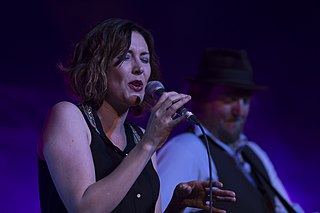 The Audreys are a triple ARIA Award-winning Australian blues/roots band who formed in Adelaide, South Australia in 2004. They have released four studio albums to date.

Ann Vriend is a Canadian singer-songwriter and pianist based in Edmonton, Alberta.

Backsliders are a three piece Australian blues band; self described as playing "delta blues wall of sound." Their current line up consists of guitarist/vocalist Dom Turner and drummer/percussionist Rob Hirst joined on alternating nights by either Brod Smith, Ian Collard or Joe Glover on harmonica.

The Bamboos are an Australian funk and soul band from Melbourne. 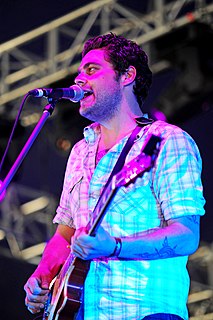 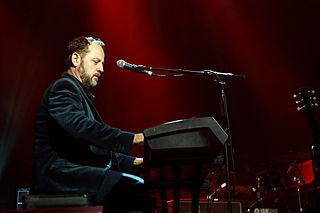 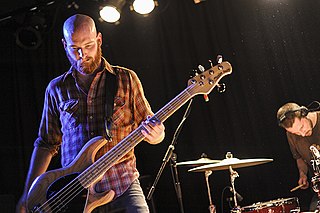 sleepmakeswaves are an Australian post-rock band who formed in Sydney in December 2006. The group is currently composed of guitarist Otto Wicks-Green, drummer Tim Adderley, and bassist/keyboardist Alex Wilson. To date, they have released four full-length studio albums. The band have achieved notable success internationally for their energetic live performances and modern approach to the post-rock genre. They are currently released through Australian independent record label Bird's Robe Records, which is distributed through MGM in Australia and independently worldwide. In 2013, UK label Monotreme Records licensed their debut album for an international release across the UK, Europe, and North America.