Tryon Daily Bulletin is an American, English language daily newspaper based in Tryon, Polk County, North Carolina; it also serves parts of Spartanburg and Greenville counties in South Carolina. [1] Known as "The World’s Smallest Daily Newspaper", it was established in 1928 by Seth Vining Sr. [2] [3] It had a readership of 4,250 in 2019 and its website had 30,000 visitors. [4]

Its offices are housed in the Bank of Tryon Building, listed on the National Register of Historic Places in 2008. [7] [8]

The paper doesn't carry any wire stories; as its publisher, Jeff Byrd, said in 1993, "It's all local. It's a community paper. That's what people want here." [5] It features columns from 15 local residents, reader photos, a large letters to the editor section and a community calendar. [1] 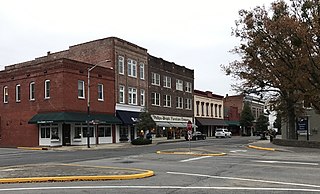 Washington, commonly known as The Original Washington, is a city in Beaufort County, North Carolina, United States, located on the northern bank of the Pamlico River. The population was 9,744 at the 2010 census. It is the county seat of Beaufort County. The closest major city is Greenville, approximately 20 miles (32 km) to the west. 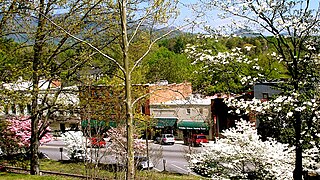 Tryon is a town in Polk County, North Carolina, United States. As of the 2010 census, the city population was 1,646. Located in the escarpment of the Blue Ridge Mountains, the affluent area is a center for outdoor pursuits, equestrian activity and fine arts.

The Grand Forks Herald is a daily broadsheet newspaper, established in 1879, published in Grand Forks, North Dakota, United States. It is the primary daily paper for northeast North Dakota and northwest Minnesota. Its average daily circulation is approximately 7,500, in the city of Grand Forks plus about 7,500 more to the surrounding communities. Total circulation includes digital subscribers. It has the second largest circulation in the state of North Dakota. 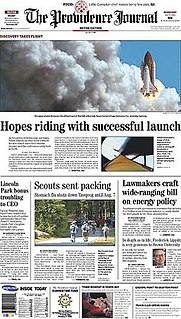 The Herald-Sun is an American, English language daily newspaper in Durham, North Carolina, published by the McClatchy Company. 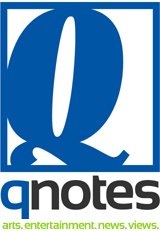 Q-Notes is a lesbian, gay, bisexual and transgender (LGBT) newspaper serving North Carolina and South Carolina. It is based in Charlotte, North Carolina. Published every other week, it has a circulation of 11,000 print copies and is the largest print publication serving the LGBT community in the American Southeast. The paper traces its origins to the monthly newsletter of the Queen City Quordinators, a Charlotte LGBT organization, which they began publishing in 1983. In 1986, Qnotes changed to a monthly tabloid. In 2006, it merged with the Raleigh, N.C. LGBT newspaper The Front Page.

The Wilson Times is an American, English language semiweekly newspaper based in Wilson, North Carolina covering Wilson County. The newspaper is owned by Wilson Times Co. The paper began as Zion's Landmark, established in 1867 by the pastor of the Wilson Primitive Baptist Church, Elder P.D. Gold. In 1896 that pastor founded The Wilson Times, a weekly newspaper. In 1902 the paper began daily publication as The Wilson Daily Times. The newspaper also offers commercial job print services, book and catalog printing, as well as ruling and bonding services. It also prints the Wilson County Phone Directory, Money Mailer, and Xpress Marketing publications. While initially occupying only a small brick corner store, the Wilson Times upgraded and moved to its current, more modern facility in 1983. The Wilson Times joined the internet in 1997 under the domain wilsondaily.com. 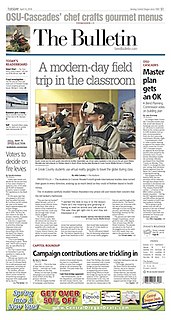 The Bulletin is the daily newspaper of Bend, Oregon, United States. The Bulletin is owned by EO Media Group, which prior to January 2013 was named the East Oregonian Publishing Company. Over the years, a number of well-known journalists have been associated with the newspaper. 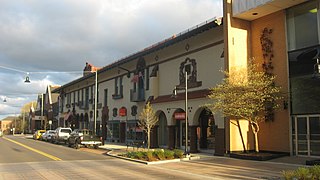 The Southeast Missourian is a daily newspaper published in Cape Girardeau, Missouri, and serves the southeastern portion of Missouri.

Bank of Tryon Building, also known as the Tryon Daily Bulletin Building and Hester Building, is a historic bank building located at Tryon, Polk County, North Carolina. It was built in 1907–1908, and is a two-story, two bay, Romanesque Revival style brick and stone building. It features granite quoins, second-story Palladian-type windows, and a projecting parapet. Since 1935, the building has been home to the Tryon Daily Bulletin, the world's smallest daily newspaper.

The Gering Courier is a weekly newspaper serving the Gering, Nebraska community, currently published in Gering's sister city of Scottsbluff.

The Pilot is an American newspaper established in 1920. It is published Wednesdays and Sundays in Southern Pines, North Carolina and covers Moore County, North Carolina. Its estimated circulation was 15,000 in 2018; its website has over 1.4 million views and 335,000 visitors.