The Washington Daily News is an American, English language daily newspaper headquartered in and serving Washington, North Carolina and Beaufort County, North Carolina. It was established in 1909. The paper also uses Facebook for sharing news and interacting with readers. [1] [2]

The paper won the 1990 Pulitzer Prize for Public Service for a series of articles that showed the city's water was contaminated and had been for eight years. [3] The newspaper was then family-owned. [4] It had a circulation of 8,644 Monday through Saturday and 8,829 on Sunday as of Sept. 30, 2019. [5] The newspaper was owned and published by the Futrell family from 1949 until 2010.

The McClatchy Company, commonly referred to as simply McClatchy, is an American publishing company based in Sacramento, California, and incorporated in Delaware. It operates 29 daily newspapers in fourteen states and has an average weekday circulation of 1.6 million and Sunday circulation of 2.4 million. In 2006, it purchased Knight Ridder, which at the time was the second-largest newspaper company in the United States. In addition to its daily newspapers, McClatchy also operates several websites and community papers, as well as a news agency, McClatchyDC, focused on political news from Washington, D.C. 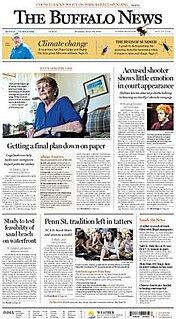 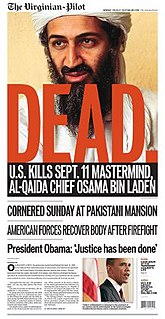 The Virginian-Pilot is the daily newspaper for Norfolk, Virginia. Commonly known as The Pilot, it is Virginia's largest daily. It serves the five cities of South Hampton Roads as well as several smaller towns across southeast Virginia and northeast North Carolina. It was a locally owned, family enterprise from its founding in 1865 at the close of the American Civil War until its sale to Tribune Publishing in 2018. 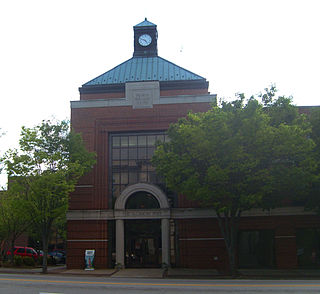 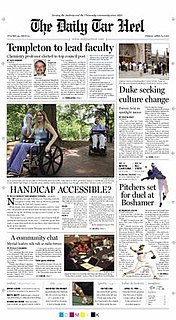 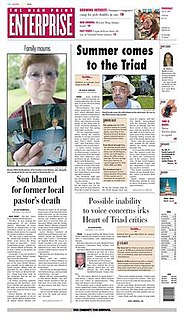