The Bogalusa Daily News is a newspaper established in 1927 and still published in Bogalusa, Louisiana in the United States of America.

The Bogalusa Daily News is published in Bogalusa, the largest city in Washington Parish, one of the Florida Parishes of southeastern Louisiana bordering Mississippi.

Washington Parish is a parish located in the interior southeast corner of the U.S. state of Louisiana, one of the Florida Parishes. As of the 2010 census, the population was 47,168. Its parish seat is Franklinton. The parish was founded in 1819. 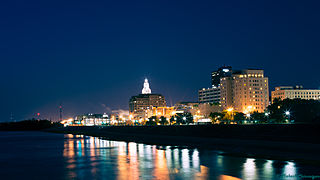 The Florida Parishes, on the east side of Mississippi River — an area also known as the Northshore or Northlake region — are eight parishes in southeast Louisiana, United States, which were part of West Florida in the 18th and early 19th centuries.

In addition to Washington Parish, The Daily News circulates in northern St. Tammany Parish. In 1958, The Daily News became a property of Wick Communications, a family-owned newspaper company based in Sierra Vista in Cochise County in southeastern Arizona, and formerly known as the Wick Newspaper Group. [1] There were three other Wick Communications newspapers in Louisiana, including the Daily Iberian in New Iberia. 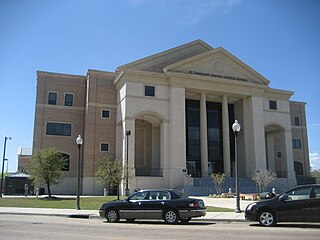 St. Tammany Parish is a parish located in the U.S. state of Louisiana. As of the 2010 census, the population was 233,740, making it the fifth-most populous parish in Louisiana. The parish seat is Covington. The parish was founded in 1810. 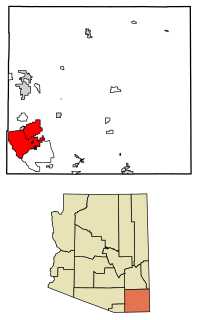 From 1948, to 1955, Tom Colten, was the business manager of The Daily News. After his time in Bogalusa, he moved to Minden, where he owned and operated two weekly newspapers, the Minden Press and the Minden Herald, [2] which were combined into an afternoon daily, the Minden Press-Herald on July 18, 1966. [3] On November 8, I966. Colten was elected mayor of Minden; [4] he remained in that capacity until 1974 and subsequently moved to Baton Rouge, where he was assistant secretary of the Louisiana Department of Transportation and Development. [5]

The small city of Minden is the parish seat of Webster Parish, in the US state of Louisiana. It is located twenty-eight miles east of Shreveport. As of the 2000 census, the city had a total population of 13,027.

The Louisiana Department of Transportation and Development (LaDOTD) is a state government organization in the United States, in charge of maintaining public transportation, roadways, bridges, canals, select levees, floodplain management, port facilities, commercial vehicles, and aviation which includes 69 airports, in the U.S. state of Louisiana. The agency has approximately five thousand personnel on staff and an operating budget of $2.3 billion. DOTD operations are run through nine district offices across the state.

As of October 2013, Sandy Cunningham is publisher/editor of The Daily News; Carol Case, the advertising director; Cindy Slocum, production manager, and Mildred Newman, business office manager. The Daily News is available by delivery in Bogalusa and surrounding areas, through mail, or the Internet. [1]

The paper is currently published three days a week, with editions seeing print on Sunday, Wednesday, and Friday.

In 2014, Wick sold the Daily News and L’Observateur of LaPlace to Carpenter Newsmedia, an affiliate of Boone Newspapers of Tuscaloosa, Alabama. [6]

LaPlace is a census-designated place (CDP) in St. John the Baptist Parish, Louisiana, United States, situated along the east bank of the Mississippi River, in the New Orleans metropolitan area. The population was 32,134 at the 2010 census.

Tuscaloosa is a city in and the seat of Tuscaloosa County in west central Alabama. Located on the Black Warrior River at the Atlantic Seaboard fall line of the Piedmont, it is the fifth-largest city in Alabama, with an estimated population of 100,287 in 2017. The city was originally known as Tuskaloosa until the early 20th century.

The Herald Review is a newspaper printed in Sierra Vista, Arizona, USA. Most of its circulation goes to Sierra Vista, Huachuca City, Hereford, Palominas, and Fort Huachuca. It is also circulated in Bisbee.

John Julian McKeithen was an American lawyer, politician, and the 49th governor of Louisiana, serving from 1964 to 1972. A Democrat and attorney from the rural town of Columbia, he first served in other state offices. In 1967 he gained passage after his first term of a constitutional amendment to allow governors to serve two successive terms. He was the first governor of his state in the twentieth century to be elected and serve two consecutive terms. He strongly advocated the construction of the Louisiana Superdome in New Orleans.

Parey Pershing Branton Sr. was a businessman from Shongaloo, Louisiana, who was from 1960 to 1972 a Democratic member of the Louisiana House of Representatives from what is now District 10 in Webster Parish. The district, which includes the parish seat of Minden in northwestern Louisiana, is now represented by the Democrat Gene Reynolds of Dubberly.

Ben Earl Looney was an artist and author known for his Water Colors of Dixie and Cajun Country, pen and ink sketches of Acadiana.

Everett Gail Doerge was an American state legislator who served as a Democratic member of the Louisiana House of Representatives from District 10 from January 1992 until his death in office.

William Jasper Blackburn was an American printer, publisher and politician who served in the United States House of Representatives from northwestern Louisiana from July 18, 1868, to March 3, 1869. A Republican during Reconstruction, he was elected to the Louisiana State Senate, serving from 1874 to 1878.

Oscar Henry Haynes Jr., known as O. H. Haynes, was from 1964 to 1980 the Democratic sheriff of Webster Parish in northwestern Louisiana. He was also the parish Exxon distributor for some four decades. 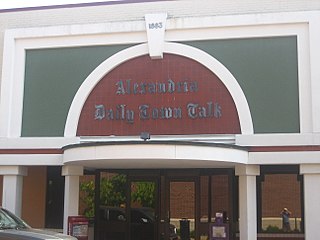 Bruce Martin Bolin is a retired judge of the 26th Judicial District of Louisiana and a former member of the Louisiana House of Representatives. Bolin held court from 1991 to 2012 in the Division E judgeship based in Benton and Minden, the seats of government of Bossier and Webster parishes, respectively.

Jefferson Franklin Colbert, known as J. Frank Colbert, was a Democratic politician and Georgist based in Webster Parish, Louisiana. He served in the Louisiana House of Representatives from 1920 to 1925. he had previously and later again served on the Webster Parish Police Jury. During the Great Depression, he became involved in the Georgist movement and published an article about its single tax proposal.

The Bossier Press-Tribune is a newspaper specializing in local news in Bossier Parish in northwestern Louisiana, with some regional, state, and national stories too as they impact the readership. The Press-Tribune is published on Tuesday and Fridays afternoons at 4250 Viking Drive in Bossier City, and has a circulation of 12,500 copies.

Richard P. Guidry, known as Dick Guidry was a businessman from Galliano, Louisiana, who was a Democrat former member of the Louisiana House of Representatives for Lafourche Parish. He is considered the youngest member ever elected to the Louisiana House.

Charles Allen Marvin, known as Corky Marvin, was an American district attorney and a state circuit court judge in North Louisiana from 1971 until his retirement in 1999.

John David Batton, known as J. D. Batton, was from 1952 to 1964 the sheriff of his native Webster Parish in northwestern Louisiana. He was defeated after three terms by O. H. Haynes Jr., a fellow Democrat and the son of the sheriff, O. H. Haynes Sr., whom Batton had himself unseated twelve years earlier. 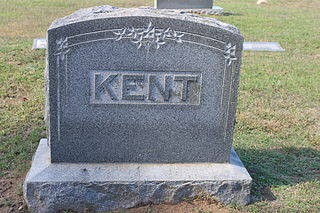 James Peter Kent, Sr., known as J. P. Kent, was a newspaper publisher and Democratic politician in his adopted city of Minden in Webster Parish in northwestern Louisiana.

Nicholas J. Sandlin was a veteran of the Confederate States Army, a lawyer, a Democratic politician, a publisher, and a farmer from Minden in Webster Parish in northwestern Louisiana, USA. His sons, McIntyre H. Sandlin and John N. Sandlin, followed him into politics.

Herald or The Herald is the name of various newspapers.