An ultra wide-angle lens is a lens whose focal length is shorter than that of an average wide-angle lens, providing an even wider view. The term denotes a different range of lenses, relative to the size of the sensor in the camera in question. [1]

Ultra-wide angle lenses come in two varieties: Fisheye lenses with curvilinear barrel distortion, and rectilinear lenses which are designed so that straight lines in the scene will render straight (uncurved) in the photographic image and thus lack the extreme distortion that is characteristic of a fisheye lens. Neither denotes a particular range of focal lengths, the difference is only whether distortion is present or not. However, the shorter the focal length, the more difficult it is to implement rectilinear correction.

In fisheye lenses, the visual angle is close to or more than 180 degrees in at least one direction. For example, a "diagonal fish eye" would have a viewing angle of at least 180 degrees within the diagonals of the frame. A "circular fisheye" would represent the image in the form of a circle.

Rectilinear ultra-wide angle lenses are used in photography and cinematography sometimes to achieve three-dimensional perspective distortion instead of simply two-dimensional barrel distortion. A notable, signature employment for this purpose is frequently seen in the films of Terry Gilliam, for instance.

The DOF afforded by an ultra wide-angle lens is very great. Therefore, the photographer has the ability to keep much or almost all of the scene in focus, with respect to the hyperfocal distance of the lens.

Thanks to the small focal length, these lenses can shoot longer exposures without fear of camera shake in the image. (In longer lenses camera shake is multiplied by the zoom factor, but in shorter lenses it is much less apparent). This means that the photographer can afford to use a much smaller aperture if they choose, and still retain a balanced image.

With such a large visual angle, it can be very difficult at times to keep undesired objects such as light sources out of the image. However this does not always pose a problem, as even the sun in a photograph takes up such a small amount of space that its presence can often have little negative impact on the overall composition.

When using an ultra wide-angle lens, the sky often constitutes a very large portion of the frame, and may need to be darkened for the image to appear balanced. This is often achieved through the use of a gradient filter. Note that a polarizing filter, which also darkens the sky, will often give uneven results when used on an ultra-wide angle lens.

The oldest "lenses", pinholes, used in pinhole cameras, keep perspective accurately. In images made using this technique, there is little or no distortion due to the rectilinear propagation of light. For a long time it was thought that only symmetrical optical diagrams could ensure the geometrically precise transfer of light without distortion becoming apparent near the edge of images (as the viewing angle increases). However, with modern technology and understanding of optics, ultra wide-angle lenses can these days eliminate distortion almost completely.

Longer lenses magnify the subject more, apparently compressing distance and (when focused on the foreground) blurring the background because of their shallower depth of field. Wider lenses tend to magnify distance between objects while allowing greater depth of field.

Another result of using a wide-angle lens is a greater apparent perspective distortion when the camera is not aligned perpendicularly to the subject: parallel lines converge at the same rate as with a normal lens, but converge more due to the wider total field. For example, buildings appear to be falling backwards much more severely when the camera is pointed upward from ground level than they would if photographed with a normal lens at the same distance from the subject, because more of the subject building is visible in the wide-angle shot.

Because different lenses generally require a different camera–subject distance to preserve the size of a subject, changing the angle of view can indirectly distort perspective, changing the apparent relative size of the subject and foreground. 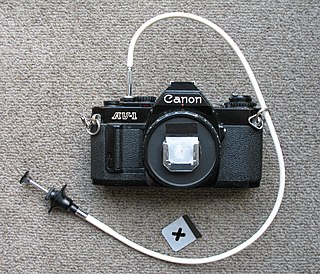 A pinhole camera is a simple camera without a lens but with a tiny aperture —effectively a light-proof box with a small hole in one side. Light from a scene passes through the aperture and projects an inverted image on the opposite side of the box, which is known as the camera obscura effect.

In A World History of Photography, Naomi Rosenblum states that a view camera is: "A large-format camera in which the lens forms an inverted image on a ground glass screen directly at the plane of the film. The image viewed is exactly the same as the image on the film, which replaces the viewing screen during exposure." However, Rosenblum didn't give size limits for "large format"; and the book includes view camera formats smaller than 4×5, which are commonly seen as the smallest of the large format cameras.

In photography and cinematography, a normal lens is a lens that reproduces a field of view that appears "natural" to a human observer. In contrast, depth compression and expansion with shorter or longer focal lengths introduces noticeable, and sometimes disturbing, distortion. 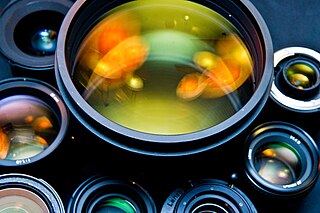 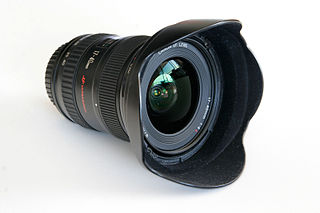 In photography and cinematography, perspective distortion is a warping or transformation of an object and its surrounding area that differs significantly from what the object would look like with a normal focal length, due to the relative scale of nearby and distant features. Perspective distortion is determined by the relative distances at which the image is captured and viewed, and is due to the angle of view of the image being either wider or narrower than the angle of view at which the image is viewed, hence the apparent relative distances differing from what is expected. Related to this concept is axial magnification -- the perceived depth of objects at a given magnification. 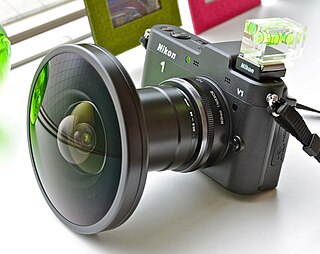 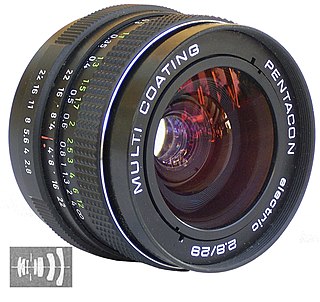 In film and photography, a prime lens is a fixed focal length photographic lens, typically with a maximum aperture from f2.8 to f1.2. The term can also mean the primary lens in a combination lens system. Confusion between these two meanings can occur if context doesn't make the interpretation clear. People sometimes use alternate terms—primary focal length, fixed focal length, or FFL to avoid ambiguity. 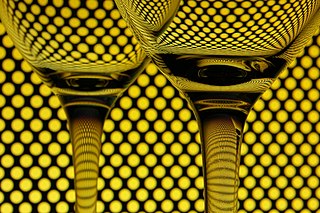 In digital photography, the crop factor, format factor, or focal length multiplier of an image sensor format is the ratio of the dimensions of a camera's imaging area compared to a reference format; most often, this term is applied to digital cameras, relative to 35 mm film format as a reference. In the case of digital cameras, the imaging device would be a digital sensor. The most commonly used definition of crop factor is the ratio of a 35 mm frame's diagonal (43.3 mm) to the diagonal of the image sensor in question; that is, CF=diag35mm / diagsensor. Given the same 3:2 aspect ratio as 35mm's 36 mm × 24 mm area, this is equivalent to the ratio of heights or ratio of widths; the ratio of sensor areas is the square of the crop factor. 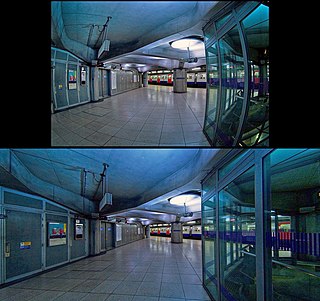 In photography, a rectilinear lens is a photographic lens that yields images where straight features, such as the walls of buildings, appear with straight lines, as opposed to being curved. In other words, it is a lens with little or no barrel or pincushion distortion. At particularly wide angles, however, the rectilinear perspective will cause objects to appear increasingly stretched and enlarged as they near the edge of the frame. These types of lenses are often used to create forced perspective effects. 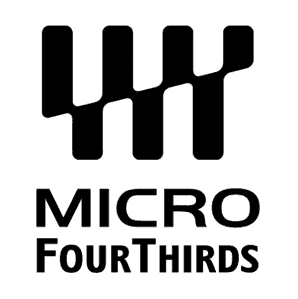 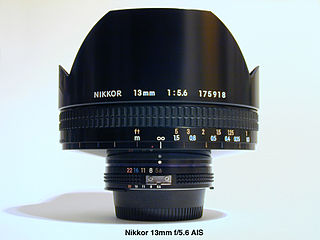 The Fujifilm X-mount is a type of interchangeable lens mount designed by Fujifilm for use in those cameras in their X-series line that have interchangeable-lenses. These lenses are designed for 23.6mm x 15.6mm APS-C sensors.

The Sigma 8–16mm lens is an enthusiast-level, ultra wide-angle rectilinear zoom lens made by Sigma Corporation specifically for use with APS-C small format digital SLRs. It is the first ultrawide rectilinear zoom lens with a minimum focal length of 8 mm, designed specifically for APS-C size image sensors. The lens was introduced at the February 2010 Photo Marketing Association International Convention and Trade Show. At its release it was the widest viewing angle focal length available commercially for APS-C cameras. It is part of Sigma's DC line of lenses, meaning it was designed to have an image circle tailored to work with APS-C format cameras. The lens has a constant length regardless of optical zoom and focus with inner lens tube elements responding to these parameters. The lens has hypersonic zoom autofocus.