Under the Rouge is a 1925 American silent drama film directed by Lewis H. Moomaw and starring Eileen Percy, Tom Moore and Eddie Phillips. [1] After being arrested for safe-breaking, a man goes home to try and patch things up with his former girlfriend.

As described in a film magazine reviews, [2] Kitty and Whitey are drawn into the criminal underworld by circumstances although basically they are of fine metal. When the war comes, Whitey receives military decorations for bravery. Returning home to the United States, he is again tempted to enter his old haunts. Kitty is now a beautiful young woman. Although Whitey has always loved her, she regards him like a brother. Whitey and his pal Skeeter are caught during a robbery. Skeeter is killed and Whitey is convicted. But a friendly detective urges him to “go straight” and secures his release. Kitty has become friends with Martha who, it is learned, is Skeeter’s mother. Fred, cashier of the bank and a visitor at the house, has fallen in love with her. Whitey finally locates Kitty and learns that Martha is the mother of his pal Skeeter. He tells her that her boy died fighting in his arms and relinquishes his Croix de Guerre as having been Skeeter’s. Martha adopts him and he secures a job at the bank. Fred is dishonest and is planning to fix an embezzlement at the bank, of which he is guilty, on Whitey, counting on his past record. Whitey exposes him, rescues Kitty from a hazardous death, and in the end they are happily united.

Under the Rouge was filmed on location in Portland, Oregon. [3]

Doug's 1st Movie is a 1999 American animated comedy film based on the Disney-produced episodes of the animated television series Doug. The film was directed by Maurice Joyce, and stars the regular television cast of Tom McHugh, Fred Newman, Chris Phillips, Constance Shulman, Frank Welker, Alice Playten, Guy Hadley, and Doris Belack. It was produced by Walt Disney Television Animation and Jumbo Pictures with animation provided by Plus One Animation, and released by Buena Vista Pictures on March 26, 1999.

What's the World Coming To? is a 1926 American silent comedy film starring Clyde Cook. The working title was Furious Future. A restoration of the film was completed in September 2015 as a collaboration between Carleton University, New York University, and the San Francisco Silent Film Festival.

Eddie Phillips was an American actor. He appeared in 180 films between 1913 and 1952. He was born in Philadelphia, Pennsylvania, and died in a traffic accident in Hollywood, California.

The Fire Eater is a 1921 American silent Western film directed by B. Reeves Eason and featuring Hoot Gibson.

Eileen Percy was an Irish-born American actress of the silent era. She appeared in more than 60 films between 1917 and 1933.

Too Much Harmony is a 1933 American black-and-white pre-Code musical film directed by A. Edward Sutherland and starring Bing Crosby, Jack Oakie, Richard "Skeets" Gallagher, Harry Green, and Judith Allen. It was released by Paramount Pictures. 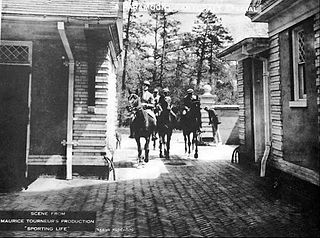 Sporting Life is a lost 1918 American silent drama film directed by Maurice Tourneur. It is the first film for sisters Faire Binney and Constance Binney, from the Broadway stage. Tourneur would re-film this story again in 1925.

Winds of Chance is a 1925 American silent drama film directed by Frank Lloyd and produced and released by First National Pictures.

Just a Woman is a 1925 American silent drama film directed by Irving Cummings and starring Claire Windsor. It is based on the 1916 Broadway play by Eugene Walter and is a remake of a 1918 silent version starring Walter's wife, Charlotte Walker. The film and play was remade in the pre-Code sound era in 1933 as No Other Woman.

Souls for Sables is a 1925 American silent drama film directed by James C. McKay and starring Claire Windsor. It was produced and released by Tiffany Pictures.

Fine Clothes is a 1925 American silent comedy film directed by John M. Stahl and starring Lewis Stone, Percy Marmont, and Alma Rubens. It is based on a play adapted from Ferenc Molnár's original.

Wikimedia Commons has media related to Under the Rouge .
This page is based on this Wikipedia article
Text is available under the CC BY-SA 4.0 license; additional terms may apply.
Images, videos and audio are available under their respective licenses.