Underbelly NZ: Land of the Long Green Cloud is a six-part New Zealand television mini-series. The series originally aired from 17 August 2011 to 21 September 2011. It was the first Underbelly series to be created outside of Australia, and depicts events prior to and concurrent with Underbelly: A Tale of Two Cities .

The series is an account of the rise and fall of New Zealand's 'Mr. Asia', Marty Johnstone (Dan Musgrove), who built the country's first ever drug cartel, the Syndicate. Set between 1972 and 1980, it traces Johnstone's development from small-time crook to international playboy with a global drug empire, and how he became the architect of his own demise. Closely aligned with Johnstone's tale is that of Detective Constable Ben Charlton (Jamie Irvine), who realises that changing criminal tactics will necessitate drastic alterations in New Zealand policing. Charlton also acts as the narrator of the series.

The six-part narrative can be seen as a prequel of sorts to the Australian series Underbelly: A Tale of Two Cities , which focuses on fellow Kiwi and Syndicate member, Terry Clark. However, events in the two shows do overlap, as both cover the period 1976–1980. Characters that appear in both shows include Clark, Johnstone, Andy Maher and Karen Soich, but none of the actors reprise their roles in the New Zealand series. [1]

On 21 December 2010, New Zealand on Air announced it would contribute almost NZD$3.9 million to TV3 and production company Screentime for six one-hour episodes of Underbelly NZ, saying that the Marty Johnstone story was "a dramatic part of New Zealand's history - in some ways the end of innocence for us and our police force." [2]

The mini-series began filming in April 2011, around the same time as Underbelly: Razor . All six episodes were scripted by screenwriter John Banas, known for his work on Australian crime shows such as City Homicide and Blue Heelers . Mike Smith directed four of the episodes, while series producer Ric Pellizzeri took the director's chair for the remaining two. [3] [4] [5]

The show was originally set to debut on 10 August 2011 at 8:30pm, but NZ On Air asked TV3 to move its timeslot to avoid clashing with another local drama, Nothing Trivial, on rival channel TVNZ. Eventually, the show was moved to 9:30pm and broadcast delayed by a week.[ citation needed ]

On 22 September 2011, a day after the TV broadcast ended, the complete series was released as a two-disc set on DVD. [6]

Underbelly NZ: Land of the Long Green Cloud features 12 regular cast members, with others who recur through the series.

The series was generally well received in New Zealand. Chris Philpott of Stuff.co.nz called it "an interesting, albeit familiar, story focusing on a riveting character on a fascinating journey, that was performed and produced to an extremely high standard." [8] However, some criticised the show for emphasising style over substance, sacrificing character development for a fast-paced story. [9] 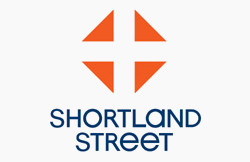 Popstars was an international reality television franchise aimed to find new singing talent. Serving as a precursor to the Idol franchise, Popstars first began in New Zealand in 1999 when producer Jonathan Dowling formed the girl group TrueBliss. Despite all shows in the Popstars franchise having been off air in recent years, it remains one of the most successful TV show formats of all time with the format being sold to more than 50 countries. The show was the inspiration for Simon Fuller's Idols franchise.

Holly Shanahan is an actress from New Zealand. She is best known for playing Camille in Power Rangers Jungle Fury.

Terrance John Clark (1944–1983), also known by the aliases Terry Sinclair, Alexander James Sinclair, Tony Bennetti, the Australian Jackal and Mr Big, was the head of the Mr Asia drug syndicate, which imported heroin into New Zealand, Australia and the United Kingdom in the 1970s. In fact, Clark was the 'second' head man of the syndicate and became the lead having successfully plotted the murder of Marty Johnstone, the man who became known as "Mr Asia".

Underbelly is the side of something that is not normally seen. Figuratively, it means a vulnerable or weak part, similar to the term Achilles' heel, or alternatively, a hidden, illicit side of society. 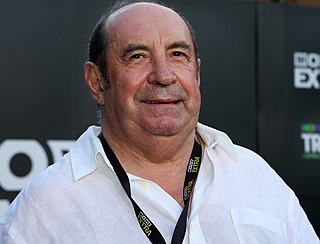 Police Ten 7 is a New Zealand reality television show, devised, created and produced by Ross Jennings for Screentime with the assistance of the New Zealand Police for TVNZ 2. The show profiles wanted offenders and asks the public (viewers) to help the police in their search for them. In addition, the program follows the work of police officers in their patrols and other police activities.

Choice TV is a privately owned, national free-to-air television channel in New Zealand and has been on air since 2012. In November 2014, Canada's Blue Ant Media bought a majority stake in Choice TV, marking the group's first international expansion.

Agent Anna is a New Zealand comedy-drama television series, created by Maxine Fleming with Vanessa Alexander and devised by Robyn Malcolm. It is produced by Great Southern Film and Television and funded by NZ on Air and Television New Zealand. It began airing its first series of six episodes in New Zealand on 31 January 2013. NZ on Air announced on 12 August 2013 that the show received funding for a second series of 10 episodes.

Hounds is a New Zealand television comedy series, written, produced and directed by The Down Low Concept.

Fat Tony & Co. is a nine-episode Australian television series focusing on Tony Mokbel and covers the manhunt which lasted 18 months and dismantled a drug empire. It premiered on 23 February 2014 and concluded on 6 April 2014 on the Nine Network. It is technically a part of the Underbelly franchise, with various actors reprising their role from previous series.

Jamie Irvine is a New Zealand actor who has appeared in theatre productions, films and television.

Screentime is an Australian television production company, which develops and produces scripted and unscripted television programs in Australia and New Zealand. The company has produced numerous popular series including Popstars, the Underbelly format, RBT and Janet King.