The Unexplained Channel was an entertainment TV channel broadcast in the UK on the Sky Digital platform. The channel claimed to be the first TV channel in the world dedicated to the paranormal, and aimed to be ground breaking in its investigation of the subject.

The channel was backed by UK television personality Yvette Fielding and her husband Karl Beattie through their Monster Pictures production company. The channel was launched as The Paranormal Channel on 9 June 2008, and was rebranded as The Unexplained Channel on 10 August 2009. [1]

The Unexplained Channel was aimed at fans of the paranormal, and broadcast documentaries, dramas and films on the subject. Previous programming included Arthur C. Clarke's mysterious world and Strange, but true? as well as original programming presented by Karl Beattie, Yvette Fielding and Paul Ross.[ citation needed ]

The Unexplained Channel's EPG slot on Sky Digital was purchased by Information TV Limited, who on 21 April 2010 moved Showcase to channel 201 and launched Showcase 2 on channel 216. [2]

Showcase now broadcasts Irish TV so the slot was removed.

Sit-Up Ltd., traded as Bid Shopping, was an English broadcaster which launched in 2000. It operated a portfolio of falling price shopping television channels to over 12 million homes in the UK.

Sky Witness is a British pay television channel owned and operated by Sky, a division of Comcast. The channel's programming was originally aimed mainly at women and young adults. More recently, with shows such as CSI: Crime Scene Investigation, Boston Legal and The Blacklist, the channel has broadened its audience reach to a wider range of demographics, including men aged 18–45.

Most Haunted is a British paranormal reality television series. It was first shown on Living TV between 2002 and 2010. However, it has since been revived on Really and online, via an official mobile app and YouTube Channel. Presented by Yvette Fielding, the programme investigates purported paranormal activity in a range of locations, mainly within the United Kingdom and the Republic of Ireland. The series was produced by Antix Productions.

Prime is a New Zealand free-to-air television network. It airs a varied mix of programming, largely imported from Australia, the UK and the United States, as well as free-to-air rugby union, A-League soccer, and cricket matches.

Together TV is a British free-to-air television channel owned by The Community Channel, a community benefit society. The channel targets a women's audience aged 40 to 60, with programming related to health and wellness, hobbies, and creativity.

Granada Breeze was a lifestyle channel operated by Granada Sky Broadcasting, a joint venture between Granada Television and British Sky Broadcasting. The channel was launched as Granada Good Life on 1 October 1996. 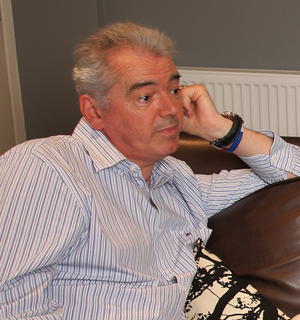 Rockworld TV was a British television channel which featured rock music, and was aimed to highlight "underground" lifestyles and artists.

Most Haunted Live is a spin-off of the paranormal reality television series Most Haunted and was also produced by Antix Productions. The show consists of paranormal investigations broadcast live over a period of one or more nights, usually with interactive sections that involve the viewer.

Showcase TV is a television channel in the United Kingdom currently run by Information TV and is used to offer smaller specialist channels a place to showcase their programmes, sometimes leading to a full channel launch. It is also used as a placeholder channel and has been used to hold on to lucrative EPG slots from defunct channels which are then sold on at a later date. It has ceased and restarted many times over the years.

True Entertainment was a British free-to-air television channel that was launched on 3 August 2009, replacing Showcase TV. The change was originally scheduled to happen on 1 July 2009, but a late change put the change "on hold until further notice". Whilst the bulk of its programming were movies, similar to sister channels True Movies 1 and True Movies 2, the channel aimed to establish itself as a general entertainment channel.

Ghosthunting With... is a British paranormal television programme based on investigating purported paranormal activity. Yvette Fielding hosts the programme, broadcast on digital channel ITV2 between 2006–2011, where she takes celebrities to haunted buildings to investigate. 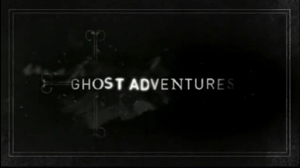 Ghost Adventures is an American paranormal documentary and reality television series that premiered on October 17, 2008, on the Travel Channel. The program follows ghost hunters Zak Bagans, Nick Groff, Aaron Goodwin, Billy Tolley, and Jay Wasley as they investigate locations that are reported to be haunted. 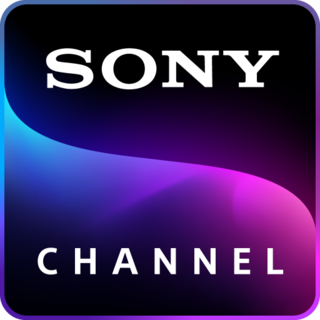 Sony Channel is a general entertainment channel in the United Kingdom from Sony Pictures Television (SPT). The original launched on 7 April 2011. However, it was closed on 6 February 2018 and replaced by Sony Crime Channel. It was brought back for a second time on 10 September 2019 when True Entertainment was replaced by this channel. The current Sony Channel has different idents and programming than the former due to inheriting some programming from its predecessor True Entertainment. 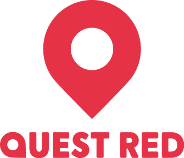 Quest Red is a digital television channel in the United Kingdom broadcasting factual, lifestyle, crime and reality programming aimed at a female audience. The channel is operated by Discovery, Inc. and runs as a sibling to Discovery's established Freeview channel Quest, launched in 2009.