The Union of Finnish Writers (Finnish : Suomen Kirjailijaliitto r.y.) is an ideological and professional organization representing fiction authors writing in Finnish. The organization was founded in 1897 and now has around 770 members. [1] It is led by an elected board consisting of 8 members and 4 deputy members, chaired by author Sirpa Kähkönen. [2] The Executive Director is Suvi Oinonen.

The Union's purpose is to develop and improve the conditions of writers' work as well as to promote Finnish literature.

To become a member of the Union an applicant must have published at least two independently created, original works of fiction written in Finnish. The works must be of an artistic and professional quality that allows the applicant to be considered a writer. [3]

The Union of Finnish Writers is a founding member of the Finnish Reading Centre, which promotes reading and literacy, and the Sanasto Copyright Society. [4] The Union publishes the quarterly Kirjailija magazine.

Arto Tapio Paasilinna was a Finnish writer, being a former journalist turned comic novelist. One of Finland's most successful novelists, he won a broad readership outside of Finland in a way few other Finnish authors have before. Translated into 27 languages, over seven million copies of his books have been sold worldwide, and he has been claimed as "instrumental in generating the current level of interest in books from Finland".

Somalis in Finland are residents and citizens of Finland of Somali ancestry.

Seppo Sakari Jokinen is a Finnish writer of crime fiction. 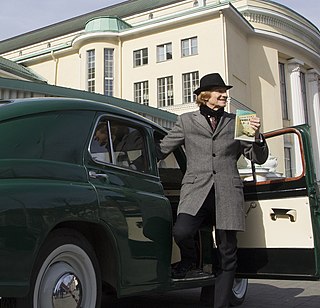 Ilmar Taska is an Estonian filmmaker and writer, who was writer and producer for 20th Century Fox movie Back in the USSR (1992) and producer for Candles in the Dark directed by Maximilian Schell. Ilmar Taska's 2016 novel Pobeda 1946 has been translated into many languages and was nominated for the Jarl Hellemann Translation Prize in Finland as best translated book of the year.

Jussi Kristian Halla-aho is a Finnish politician who has served as a member of the Parliament of Finland from 2011 to 2014 and again since 2019, and as the leader of the Finns Party since 10 June 2017. Previously, between 2014 and 2019, he was a member of the European Parliament, where he was part of the Identity and Democracy group.

The Nordic Resistance Movement is a Pan-Nordic neo-Nazi movement and in Sweden, a political party. It is established in Sweden, Norway, Finland, and Denmark, and also has members in Iceland. It has been banned in Finland since 2019. The NRM has been described as a terrorist organization due to their aim of abolishing democracy along with their paramilitary activities, weapons caches and connections to proscribed terrorist organizations such as the Russian Imperial Movement and National Action.

Finnish National Ballet is a professional ballet company at the Finnish National Opera, in Helsinki, Finland. The company was founded in 1922 and it currently employs 73 dancers. It is the only Finnish company that regularly performs a classical ballet repertoire. The current director Madeleine Onne started with the company in 2018, after Kenneth Greve, (2008–2018), Dinna Bjørn (2001–2008) and Jorma Uotinen (1992–2001).

Jukka Lemmetty is a Finnish author and illustrator of children's books, textbooks, and reference books.

The Finnish Business School Graduates, founded in 1935, is a central organization for graduates and students in economics and business administration. It consists of 25 regional associations and 13 student societies. The association has over 50,000 members, graduate members and over 15,000 students. Our graduate members from Finnish universities have a B.Sc. or M.Sc. degree. Applications from foreign university graduates are assessed individually. A member must have at least academic bachelor's-level degree in business studies. Many of our members are working outside Finland. The Finnish Business School Graduates attempts to improve the success of its members as individuals. To do so, it implements several services concerning educational, professional, social issues and labour market conditions, and always according to the needs of the members. On behalf of its members it negotiates and concludes collective agreements concerning salaries and conditions of employment. The association is the fourth biggest affiliate of AKAVA.

Ilkka-Yhtymä Oyj is a Southern Ostrobothnian publishing house operating in Seinäjoki and Vaasa, Finland. It publishes two the major regional newspapers Pohjalainen and Ilkka and seven local/town newspapers. The parent company Ilkka-Yhtymä owns the subsidiaries I-Mediat Oy, which publishes the newspapers, I-print Oy, which is their printing house and a property management company for their facilities. Additionally, Ilkka-Yhtymä owns substantial stock in Alma Media, Arena Partners, Väli-Suomen Media and Yrittävä Suupohja. Ilkka-Yhtymä also cooperates with other regional newspapers in producing national political news and features. Its shares are listed on the Helsinki Stock Exchange; among Finnish companies, it is considered a medium-sized company. The 2015 revenue was €41.2 million and the operating profit 9.0%, with 4.8% ROI. The Group had 299 personnel. 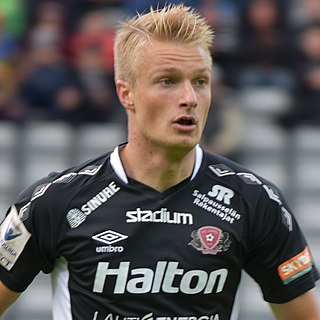 The Arctic Planetary Science Institute, or APSI is an independent organization dedicated to conducting science in planetary geology and other closely related fields. APSI focuses on research, public outreach, and collaboration with other similar minded parties.

The Finnish Hunters' Association is Finland's largest voluntary association of hunters, consisting of over 2 500 hunting clubs and over 150 000 members. The association was founded in 1921, and today consists of 16 district organizations. Its headquarters are located in Riihimäki. It is a member of te European hunters association FACE as well as the National Defence Training Association of Finland.