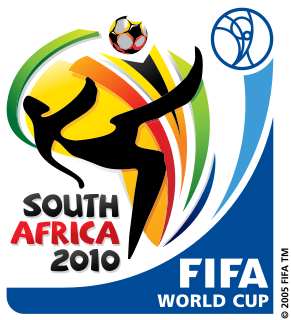 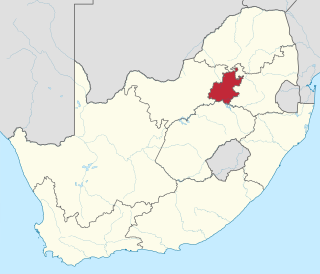 Gauteng is one of the nine provinces of South Africa. The name in Sotho-Tswana languages means "place of gold".

Kaizer Chiefs Football Club is a South African professional football club based in Naturena that plays in the Premier Soccer League. The team is nicknamed Amakhosi which means "Lords" or "Chiefs" in Zulu, and the Phefeni Glamour Boys. Chiefs have won 12 League titles and over 50 club trophies. They hold the highest record in trophies amongst the other clubs in the PSL. They are the most supported club in the country, drawing an average home attendance of 14,873 in the 2018/2019 season, the second highest in the league. The team plays its home matches at FNB Stadium.

Orlando Pirates Football Club is a South African professional football club based in the Houghton suburb of the city of Johannesburg and plays in the top-tier system of Football in South Africa known as Premier Soccer League, The team plays its home matches at Orlando Stadium in Soweto.

The 1996 African Cup of Nations was the 20th edition of the Africa Cup of Nations, the soccer championship of Africa (CAF). It was hosted by South Africa, who replaced original hosts Kenya. The field expanded for the first time to 16 teams, split into four groups of four; the top two teams in each group advancing to the quarterfinals. However, Nigeria withdrew from the tournament at the final moment under pressure from then-dictator Sani Abacha, reducing the field to 15. South Africa won its first championship, beating Tunisia in the final 2–0.

Ellis Park Stadium is a rugby union and association football stadium in the city of Johannesburg, Gauteng Province, South Africa. It hosted the final of the 1995 Rugby World Cup, which was won by the country's national team, the Springboks. The stadium was the country's most modern when it was upgraded in 1982 to accommodate almost 60,000 people. Today, the stadium hosts both football and rugby and is also used as a venue for other large events, such as open-air concerts. It has become synonymous with rugby as the only time when rugby was not played at Ellis Park was during 1980 and 1981, when the stadium was under construction during the upgrade.

Johannesburg Stadium is a stadium, in the Doornfontein suburb of Johannesburg, Gauteng Province, South Africa. The stadium has a sweeping roof and can accommodate 37,500 people. 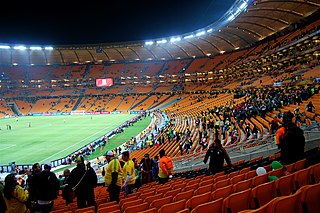 The Golden Lions is a South African professional rugby union team based in Johannesburg, South Africa who compete in the annual Currie Cup and Vodacom Cup. The team is governed by the Golden Lions Rugby Union (GLRU), and was originally known as Transvaal, before changes to the political landscape in South Africa forced a name change to the Gauteng Lions, before again being changed to the Golden Lions. The GLRU also operate a side in the Super Rugby competition, the Lions, who also draw players from Griquas.

Gauteng is the first-class cricket team of the southern parts of Gauteng province of South Africa. The team was called Transvaal from April 1890 to April 1997. Under the main competition's various names – the Currie Cup, then the Castle Cup, now the SuperSport Series – Transvaal/Gauteng cricket team has been the most successful of the South African domestic sides, winning 25 times. The club's most glorious period was the 1980s when they were dubbed the "Mean Machine".

The Ellis Park Stadium disaster was the worst sporting accident in South African history where, on 11 April 2001, spectators poured into the Ellis Park Stadium in the city of Johannesburg, Gauteng, South Africa, for the local Soweto derby association football match between Kaizer Chiefs and Orlando Pirates, crushing 43 people to death. There was a 60,000 capacity crowd in the stadium, but reports suggest a further 30,000 more fans were trying to gain entry to the stadium. Reports also suggest that 120,000 fans were admitted into the stadium. An Orlando Pirates equaliser sparked a further surge by the fans trying to gain entry as they scrambled to see what had happened. 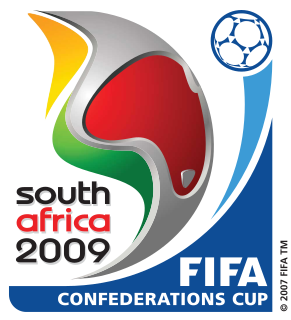 The 2009 FIFA Confederations Cup was the eighth Confederations Cup, and was held in South Africa from 14 June to 28 June 2009, as a prelude to the 2010 FIFA World Cup. The draw was held on 22 November 2008 at the Sandton Convention Centre in Johannesburg. The opening match was played at Ellis Park Stadium in Johannesburg. The tournament was won by Brazil, who retained the trophy they won in 2005 by defeating the United States 3–2 in the final.

The knockout stage of the 2009 FIFA Confederations Cup began on 24 June and concluded on 28 June 2009 with the final at the Ellis Park Stadium, Johannesburg. It was the second and final stage of the 2009 FIFA Confederations Cup, following the group stage. The top two teams from each group advanced to the knockout stage to compete in a single-elimination style tournament. A third-place match was included and played between the two losing teams of the semi-finals.

The 2009 FIFA Confederations Cup Final was an association football match that took place on 28 June 2009 to determine the winners of the 2009 FIFA Confederations Cup. It was played at Ellis Park Stadium in Johannesburg, South Africa, and was contested by the United States and Brazil. The United States, playing in their first major men's tournament final, took a 2–0 lead in the first half, but Brazil scored three unanswered goals after half-time to win 3–2.

The 2010 MTN 8 was the 36th edition of this annual knock out tournament. The tournament was won by Orlando Pirates, who beat Moroka Swallows on penalties in the final. The trophy was Orlando Pirates' first major cup win in ten years. It was contested by the eight top teams from the Premier Soccer League table at the end of the 2009-10 season. The tournament began on 20 August 2009, and ended on 2 October 2010. The quarter finals were played as single matches, while the semi finals are played over two legs. The final was played at the neutral Moses Mabhida Stadium.

The 2017 FIFA U-20 World Cup was the 21st edition of the FIFA U-20 World Cup, the biennial international men's youth football championship contested by the under-20 national teams of the member associations of FIFA, since its inception in 1977 as the FIFA World Youth Championship. The tournament was hosted by South Korea from 20 May to 11 June 2017.

The 2016 Africa Futsal Cup of Nations was the 5th edition of the Africa Futsal Cup of Nations, the quadrennial international futsal championship organised by the Confederation of African Football (CAF) for the men's national teams of Africa. The tournament was held in South Africa between 15–24 April 2016. A total of eight teams played in the tournament.