United Nations Security Council Resolution 180, adopted on July 31, 1963, affirmed that Portugal claiming its overseas territories as part of metropolitan Portugal was contrary to the principles of the Charter. The Council deemed Portugal's actions and attitude as seriously disturbing to peace and security in Africa.

The Portuguese Empire, also known as the Portuguese Overseas or the Portuguese Colonial Empire, was one of the largest and longest-lived empires in world history. It existed for almost six centuries, from the capture of Ceuta in 1415, to the handover of Portuguese Macau to China in 1999. The empire began in the 15th century, and from the early 16th century it stretched across the globe, with bases in North and South America, Africa, and various regions of Asia and Oceania. The Portuguese Empire has been described as the first global empire in history, a description also given to the Spanish Empire.

The Council called upon Portugal to immediately recognize the right of the peoples of its empire to self-determination and independence, the cessation of all acts of repression and withdrawal of all military and paramilitary forces, unconditional political amnesty and the establishment of conditions that will allow the free functioning of political parties, negotiations to transfer power to freely elected representatives of the peoples and the granting of independence to all the territories under its administration. The Council requested that all governments refrain from aiding Portugal in its repression in any way, including the sale of military equipment.

The resolution, proposed by 32 African states, [1] was adopted with eight votes to none, with France, the United Kingdom and the United States abstaining. 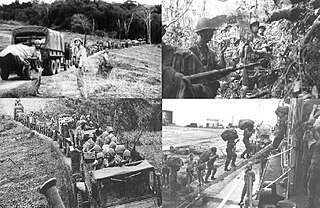 The Portuguese Colonial War, also known in Portugal as the Overseas War or in the former colonies as the War of Liberation, was fought between Portugal's military and the emerging nationalist movements in Portugal's African colonies between 1961 and 1974. The Portuguese regime was overthrown by a military coup in 1974, and the change in government brought the conflict to an end. The war was a decisive ideological struggle in Lusophone Africa, surrounding nations, and mainland Portugal. 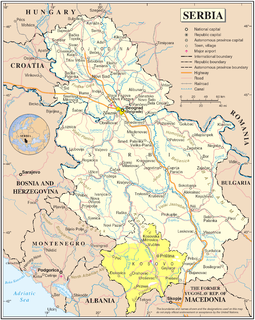 United Nations Security Council resolution 1244, adopted on 10 June 1999, after recalling resolutions 1160 (1998), 1199 (1998), 1203 (1998) and 1239 (1999), authorised an international civil and military presence in the Federal Republic of Yugoslavia and established the United Nations Interim Administration Mission in Kosovo (UNMIK). It followed an agreement by Yugoslav President Milošević to terms proposed by Finnish president Martti Ahtisaari and Russia's Chernomyrdin on 8 June, involving withdrawal of all Yugoslav state forces from Kosovo.

United Nations Security Council Resolution 183, adopted on December 11, 1963, after the Secretary-General established a failed meeting between representatives of Portugal and those of African States, the Council again deprecated Portugal's failure to free its colonies though they said they would take Portugal's granting amnesty to all political prisoners as a sign of good faith.

United Nations Security Council Resolution 218, adopted on November 23, 1965, after recalling previous resolutions on the topic, and Portugal's failure to implement them, the Council again demanded that Portugal withdrawal its military presence from her colonies and enter negotiations with political parties there regarding independence.

United Nations Security Council Resolution 275, adopted on December 22, 1969, after a letter from the representative of Guinea and observing that these incidents by Portugal jeopardize international peace and security, the Council called upon Portugal to desist from violating the sovereignty and territorial integrity of Guinea. The Council deeply deplored the loss of life and heavy damage to several Guinean villages inflicted by the action from Guinea-Bissau, a territory under Portuguese administration, solemnly warning Portugal that if such acts were to be repeated in the future the Council would consider further steps to give effect to the resolution. It also called upon Portugal to release a motor barge by the name of Patrice Lumumba and all of its passengers.

United Nations Security Council Resolution 277, adopted on March 18, 1970, the Council reaffirmed its previous resolutions and noted with grave concern that efforts thus far to bring the rebellion to the end had failed, some countries had not been obeying the Council's resolutions and that the situation in Southern Rhodesia continued to deteriorate as a result of the regime's new measures.

United Nations Security Council Resolution 290, adopted on December 8, 1970, after more invasions of the territory of the Republic of Guinea by naval and military units of Portugal on November 22/23 and 27/28, the Council reaffirmed its numerous previous resolutions on the topic, including the right of the peoples of Angola, Mozambique and Portuguese Guinea to be freed from the Portuguese Empire ruled by the Estado Novo regime. The Council endorsed the conclusions of the report by the Special Mission to the Republic of Guinea, strongly condemned the Portuguese Government, demanded that full compensation be paid to the Republic and declared that Portuguese colonialism was a serious threat to the peace and security of Africa.

United Nations Security Council Resolution 294, adopted on July 15, 1971, disturbed by the longstanding Portuguese violations of Senegalese territory and the recent laying of mines inside that nation which was giving shelter to independentist guerrillas of PAIGC, during the Portuguese Colonial War. The Council noted Portugal's failure to comply with previous resolutions and demanded that they immediately cease all acts of violence and destruction in Senegal and respect her territorial integrity. The Council included the usual condemnations and requested that the Secretary-General urgently send a special mission of members of the Council assisted by their military experts to carry out an inquiry into the facts of the situation and make recommendations.

United Nations Security Council Resolution 302, adopted on November 24, 1971, after reaffirming previous resolutions on the topic, the Council expressed its appreciation for the work accomplished by the Special Mission established in resolution 294. The Council deplored the lack of co-operation with the Special Mission by the Portuguese and called upon its government to take effective measures so that the territorial integrity of Senegal would be respected and to prevent acts of violence and destruction against the territory and its people.

United Nations Security Council Resolution 312, adopted on February 4, 1972, after reaffirming previous resolutions on the topic and deploring those who failed to conform to them the Council called upon Portugal to immediately recognize the right of the peoples of her colonies to self-determination, to cease all acts of repression against the peoples of Angola, Mozambique and Guinea (Bissau), to withdraw its armed forces from those areas, to promulgate an unconditional political amnesty and to transfer power to freely elected native representative institutions. 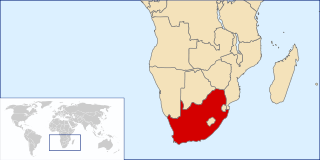 United Nations Security Council resolution 591, adopted unanimously on 28 November 1986, after recalling resolutions 418 (1977), 421 (1977), 473 (1980) and 558 (1984), the Council strengthened the mandatory arms embargo against apartheid South Africa imposed by Resolution 418, and made it more comprehensive. Resolution 591 sought to clarify vague terms from previous resolutions on the topic.

United Nations Security Council Resolution 321, adopted on October 23, 1972, after reaffirming previous resolutions, the Council expressed its concern that Portugal persistently refused to comply with them. The Council attacked the latest cross-border action by the Portuguese army against Senegalese territory and demanded that the Portuguese cease any further acts of violence. The Council went on to reaffirm their position that Portugal's continued holding of colonies in Africa was unjust and that the native peoples of those colonies should be allowed self-determination.

United Nations Security Council Resolution 322, adopted unanimously on November 22, 1972, after reaffirming previous resolutions and considering the Organisation of African Unity's recognition of the revolutionary movements of Angola, Guinea-Bissau, Cape Verde and Mozambique, the Council called on the government of Portugal to cease its military operations and all acts of repression against the people of those territories. The Resolution called on Portugal to enter negotiations with the parties concerned with a view to achieving a solution to the armed confrontations and permitting the peoples of those territories to exercise their right to self-determination and requested the Secretary-General to follow developments and report periodically to the Council. 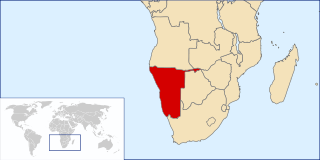 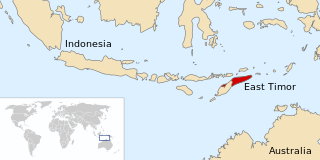 United Nations Security Council Resolution 384, adopted on December 22, 1975, noted statements from the representatives of Portugal, Indonesia and East Timor and recognized the right of the people of East Timor to self-determination and independence in accordance with the Charter. The Council expressed its grave concern with the deterioration of the situation in East Timor, deplored the intervention of the armed forces of Indonesia in that nation and expressed its regret that Portugal did not discharge fully its responsibilities as administering Power. 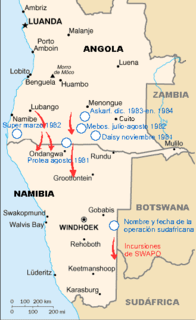 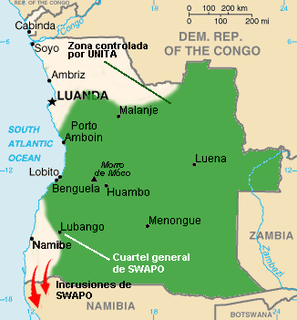 United Nations Security Council resolution 903, adopted unanimously on 16 March 1994, after reaffirming Resolution 696 (1991) and all subsequent resolutions on Angola, the Council strengthened and extended the mandate of the United Nations Angola Verification Mission II until 31 May 1994.