where P is the pitch and D is the diameter of the rough stock. [1]

William Sellers originally developed the USS thread, and set forth many of its details in his paper, "A System of Screw Threads and Nuts", presented in April 1864 to the Franklin Institute. In 1898, the standard for metric threaded fasteners was established. [4] The metric standard used the same thread geometry as the USS standard but differed in that the dimensions and pitch were based on metric units. In 1906, the A.L.A.M developed what would be the SAE thread standard for threaded fasteners based on the USS standard but with a finer thread pitch. [5] [6] 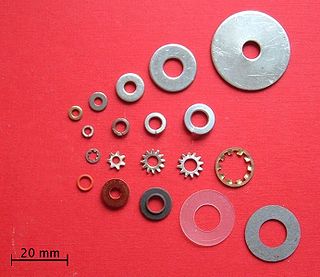 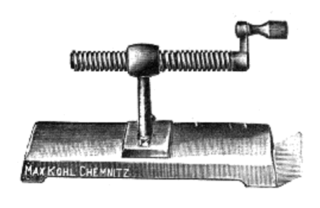 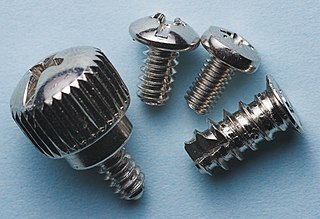 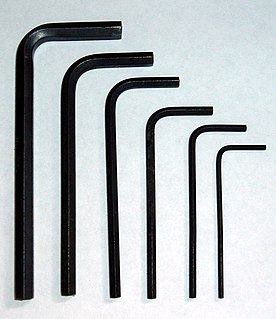 A hex key or Allen key, is a simple tool used to drive bolts and screws with hexagonal sockets in their heads.