The University of Birmingham Financial Forum is a day long conference structured around 45 minute keynote presentations and hour-long panel-based discussions.

At the conclusion of the event there is a networking session between the speakers, sponsors and delegates so that like-minded people may meet.

Held on 18 October, the third University of Birmingham Financial Forum was again opened with an address from Professor David Eastwood, Vice Chancellor of the University of Birmingham. Students attended to listen to a range of topics focusing on current topical issues and particular areas of finance relevant to the speakers. Additionally, the conference diversified to cater to a wider range of students.

Held on 2 November, the second University of Birmingham Financial Forum was opened with an address from David Eastwood, Vice Chancellor of the University of Birmingham. Over 270 students were attracted to the conference to listen to a range of speakers discuss topics surrounding the central theme of "A Changing World". The theme looked at how the financial world was changing in all regions of the globe, from the restraint of financial institutions in the west, to the growing dominance of China and East Asian countries as a hub for finance, and the continuous turmoil in Europe. [4]

The theme, "Britain: The Open Economy", looked at Britain’s role in the global economy, and how governance and changing trade patterns are causing this role to change. The theme was chosen to provide students with an opportunity to broaden their ideas and common perceptions about Britain’s economy. [6]

Speakers at the 2011 conference included: 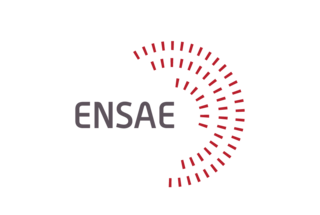 ENSAE Paris is one of the most respected and selective elite universities in France, known as grandes écoles and a member of IP Paris. ENSAE Paris is known as the branch school of École Polytechnique for statistics, data science and machine learning. It is one of France's top schools of economics and statistics and is directly attached to France's Institut national de la statistique et des études économiques (INSEE) and the French Ministry of Economy and Finance.

The London Institute of Banking & Finance is the oldest training and professional body for banking and financial services in England and Wales, and works internationally with partners to establish high ethical and professional standards across the sector around the world. In 2019, the Institute celebrated its 140th anniversary with a series of events and the publication of Banking on Change. It also hosted the 23rd World Conference of Banking Institutes.

Mahmoud Mohieldin, born on 15 January 1965 in Egypt, is the World Bank Group's Senior Vice President for the 2030 Development Agenda, UN Relations, and Partnerships. He serves as a Board member on the Global Partnership for Sustainable Development Data, as well as an observer to the EU Multi-Stakeholder Platform for the SDGs. Dr. Mohieldin previously served as Corporate Secretary, President's Special Envoy, and Managing Director for the World Bank Group. 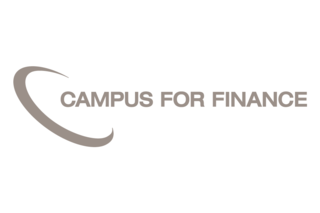 Avinash D. Persaud born 22 June 1966 in Barbados, West Indies) is Chairman of Intelligence Capital Ltd, a company specializing in analyzing, managing and creating financial liquidity in investment projects and portfolios. He is also the non-Executive Chairman of the London-based Elara Capital, an investment bank. Persaud is a Senior Fellow with the Caribbean Policy Research Institute and Head of its Barbados office. 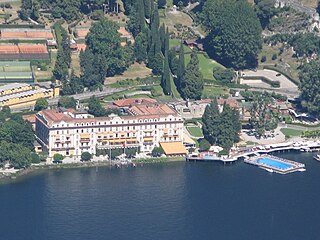 The Ambrosetti Forum organized by The European House – Ambrosetti, a consulting firm – is an annual international economic conference held at Villa d'Este, in the Italian town of Cernobbio on the shores of Lake Como. Since its inception in 1975, the Forum has brought together heads of state, ministers, Nobel laureates and businesspeople to discuss current challenges to the world's economies and societies.

Alexander Ljungqvist is a Swedish economist, educator, scholar, writer, and speaker. He is a professor of finance at the Stockholm School of Economics, where he holds the Stefan Persson Family Chair in Entrepreneurial Finance. His areas of expertise include corporate finance, investment banking, initial public offerings, entrepreneurial finance, private equity, venture capital, corporate governance, and asset pricing. Professor Ljungqvist teaches MBA and executive courses in private equity and venture capital and a PhD course in corporate finance.

Duisenberg School of Finance (DSF) was an educational organization in the Netherlands which offered Master's level education in finance between 2008 and 2015. The school was initiated as a collaborative initiative of Dutch the financial sector with local and international academic institutions. Amongst others, the founders of the initiative were Nout Wellink and Minister of the Economic Affairs, Maria van der Hoeven. The name was chosen by the founders to honor Wim Duisenberg, the first President of the European Central Bank.

Susan Jean Elisabeth "Zanny" Minton Beddoes is a British journalist. She is the editor-in-chief of The Economist, the first woman to hold the position. She began working for the newspaper in 1994 as its emerging markets correspondent.

Stijn Claessens is a Dutch economist who currently serves as the Head of Financial Stability Policy department of the Bank for International Settlements. He worked for fourteen years at World Bank beginning in 1987 until 2001 where he assumed various positions including that of Lead Economist. Following his tenure at the World Bank he became Professor of International Finance Policy at the University of Amsterdam where he remained for three years and still is on the faculty. Stijn has many distinguished academic publications and his work has been cited in many outlets including The Wall Street Journal, The Financial Times, The Economist, The Washington Post and various other publications and he has appeared in several television programs.

Richard Andreas Werner is a German banking and development economist who is a university professor at De Montfort University.

The Portland Trust is a British non-profit ‘action tank’ whose mission is to promote peace and stability between Israelis and Palestinians through economic development. They work with a range of partners to help develop the Palestinian private sector and relieve poverty through entrepreneurship in Israel.

Erik Berglöf is a Swedish economist, currently the Chief Economist of the Asian Infrastructure Investment Bank (AIIB), the Beijing-based multilateral development bank established in 2016 with a mission to improve social and economic outcomes in Asia. In March 2019 Erik Berglöf was appointed to the European Council's High Level Group of Wise Persons on the European financial architecture for development where Berglöf and eight other economists will suggest changes to the EU's development finance structure. In 2017–2018 Erik Berglöf served on the secretariat of the G20 Eminent Persons Group on Global Financial Governance and on the Governing Board of the Institute for New Economic Thinking in New York.

Edward Martini Sandoyan, doctor of Economic Sciences of Armenia and the Russian Federation, professor, served as Minister of Finance & Economy of Armenia from 1998 to 1999.

Kyiv International Economic Forum or the KIEF is an annual international forum that takes place in a discussion platform format. It brings together government officials, Ukrainian and international business representatives, economists, scientists and investors to discuss different issues, shape a vector of development, establish new business contacts and strengthen partnerships. It is aimed for the formation of the strategy of Ukrainian economic development, analysis and discussion of perspectives for the Ukrainian and global economics and entrepreneurship.

Bronwyn Nanette Curtis is a British Australian Economist who has an accomplished career in the Finance, Economics and Media sectors. With over 30 years experience in various Executive and Non-Executive roles, Bronwyn has been involved in projects across European, Asian and Caribbean markets. Having worked for various banks and ascending into leadership roles, she has held positions such as the Head of Global Research at HSBC Bank, Chief Economist at Nomura International, Managing Editor and Head of European Broadcast at Bloomberg LP and Senior Economist/Bond Strategist with Deutsche Bank Group. Until recently, Bronwyn Curtis served as the Governor for the London School of Economics (LSE) located in the United Kingdom which has been ranked in the top 10 universities in the UK and top 50 in global rankings. In 2008, she received the OBE award for outstanding service to business economics and in 2017 received an honorary doctorate from her alma mater. Bronwyn currently serves on a number of committees and is frequently called upon to speak at various conferences on matters relating to trade and finance.

Najwa El Iraki is a Moroccan British business-woman. She is currently the Founder and Managing Partner of AfricaDev Consulting Ltd. Najwa El Iraki is the General Representative in North and West Africa of Lloyd's of London, the world's specialist insurance and reinsurance market, headquartered in London, United Kingdom. She is also the Managing Director for North and West Africa for Opportunity Network since 2017, a worldwide business-matchmaking platform.