The center provides a unified focus for environmental research and education in Maryland, United States, with special attention to problems of the Chesapeake Bay, but research programs are undertaken across the US and globally. Its educational opportunities include graduate studies and undergraduate research internships. The center has about 60 faculty and 110 graduate students. Dr. Donald Boesch served as the institution's president from 1990 until 2017, and has been succeeded by Dr. Peter Goodwin.

The Center also administers the Integration and Application Network. 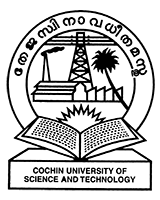 Cochin University of Science and Technology (CUSAT) is a government-owned autonomous science and technology university in Kochi, Kerala, India. It was founded in 1971 and has two campuses: one in Kochi, and one in Kuttanad, Alappuzha, 66 km (41 mi) inland. The university awards degrees in engineering and science at the undergraduate, postgraduate and doctoral levels. In the 2016-17 Times Higher Education World University Rankings, CUSAT is the only institution in Kerala, is one among the 31 institutions in the country to be ranked in the global survey.

The Rosenstiel School of Marine and Atmospheric Science is an academic and research institution for the study of oceanography and the atmospheric sciences within the University of Miami (UM). It is located on a 16 acre campus on Virginia Key in Miami, Florida. It is the only subtropical applied and basic marine and atmospheric research institute in the continental United States. 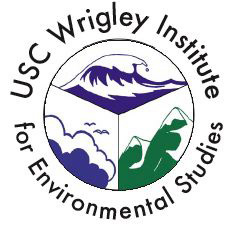 The USC Wrigley Institute for Environmental Studies is an environmental research and education facility run by the University of Southern California. It is an organized research unit that encompasses a wide range of faculty and topics across the university as well as operating a marine laboratory at the edge of Two Harbors, California on Catalina Island approximately 22 miles south-southwest of Los Angeles.

The A. James Clark School of Engineering is the engineering college of the University of Maryland, College Park. The school consists of fourteen buildings on the College Park campus that cover over 750,000 sq ft (70,000 m2). The school is in close proximity to Washington, D.C. and Baltimore, as well as a number of technology-driven institutions.

The MIT School of Engineering (SoE) is one of the five schools of the Massachusetts Institute of Technology, located in Cambridge, Massachusetts, United States. SoE has eight academic departments and two interdisciplinary institutes. The School grants SB, MEng, SM, engineer's degrees, and PhD or ScD degrees. As of 2019, the Dean of Engineering is Professor Ian Waitz. The school is the largest at MIT as measured by undergraduate and graduate enrollments and faculty members.

The Bayer School of Natural and Environmental Sciences (BSNES) is a fully accredited degree-granting institution and the primary college of undergraduate and graduate scientific research at Duquesne University in Pittsburgh, Pennsylvania. It was formed in 1994 with the separation of the Biological Sciences, Chemistry, and Biochemistry departments from the former College of Liberal Arts and Sciences, and subsequently named in honor of the Bayer Corporation. The school currently houses the departments of Biological Sciences, Biotechnology, Biochemistry, Chemistry, Environmental Science & Management, Forensic Science & Law, and Physics. The school also collaborates closely with the Duquesne University School of Pharmacy. In 2010, the department of Chemistry and Biochemistry was designated as a Mass Spectrometry Center of Excellence by Agilent Technologies, allowing for collaborative research into metabolics, proteomics, disease biomarkers, and environmental analysis. In 2011, Duquesne University became one of 98 universities nationwide, and one of nine Catholic universities, to be designated as a high research activity institution by the Carnegie Foundation.

The College of Natural Science (NatSci) at Michigan State University is home to 27 departments and programs in the biological, physical and mathematical sciences.

The Virginia Institute of Marine Science (VIMS) is one of the largest marine research and education centers in the United States. Founded in 1940, VIMS is unique among marine science institutions in its legal mandate to provide research, education, and advisory service to government, citizens, and industry. Funding for VIMS comes from the Commonwealth of Virginia, grants and contracts from federal and state agencies, and private giving. The School of Marine Science (SMS) at VIMS is the graduate school in marine science for the College of William & Mary. Offering both M.S. and Ph.D. degrees in marine science, the school has 57 faculty members, an enrollment of 80-100 students, and includes 4 academic departments. VIMS' main campus is located in Gloucester Point, Virginia.

Reginald Van Trump Truitt was an American zoologist, Army officer, and college lacrosse player and coach. He spent his professional career studying the oyster habitat in the Chesapeake Bay. Truitt founded the Chesapeake Biological Laboratory at what is now the University of Maryland Center for Environmental Science. He also served as the first head lacrosse coach at his alma mater, the University of Maryland from 1919 to 1927. Truitt was inducted into the National Lacrosse Hall of Fame in 1959.

Donald F. Boesch is a professor of marine science and, from 1990 to 2017, president of the University of Maryland Center for Environmental Science. From 2006-2017, he concurrently served as Vice Chancellor for Environmental Sustainability for the University System of Maryland. In 2010, he was appointed by President Barack Obama as a member of the National Commission on the BP Deepwater Horizon Oil Spill and Offshore Drilling to investigate the root causes of the blowout at the Macondo Prospect in the Gulf of Mexico.

The Integration and Application Network (IAN) is an initiative of the University of Maryland Center for Environmental Science. IAN's mission is to inspire, manage and produce timely syntheses and assessments, working creatively with a wide variety of global partners.

Caroline M. Solomon is an American academic whose teaching focuses on bringing deaf and hard-of-hearing students into the fields of science, technology, engineering, and mathematics. Having experienced first-hand the problems for deaf students in classrooms without sign language interpreters, Solomon, who teaches biology at Gallaudet University, has designed databases to help students and teachers network with organizations and interpreters familiar with educational bridges for deaf and hard-of-hearing students. She is a co-creator of a database that formalizes the lexicon of signs used for scientific and technological terms in American Sign Language. Her innovations to teaching techniques were recognized with the Ramón Margalef Award for Excellence in Education of the Association for the Sciences of Limnology and Oceanography in 2017.