Vicki Lewis (born March 17, 1960) is an American singer and actress of film, stage, and television. She is best known for her role as Beth in the NBC sitcom NewsRadio .

Lewis was born and raised in Cincinnati, Ohio, the daughter of Marlene, a nursing administrator, and Jim Lewis, an air traffic supervisor. [1] She has a sister, Denise. Lewis graduated from Anderson High School in Cincinnati in 1978. She studied musical theater at the University of Cincinnati – College-Conservatory of Music. [2] After receiving her diploma she moved to New York City. She proceeded to work in various on and off-Broadway shows.

Lewis was in a long-term relationship with Nick Nolte. [3] The two met during the filming of I'll Do Anything . She is married to sound designer Philip G. Allen. [4]

Lewis's film appearances include roles in Finding Nemo , Finding Dory , Mouse Hunt , Godzilla , Pushing Tin , 2007's California Dreaming with NewsRadio co-star Dave Foley, and 2010's Den Brother . On television, Lewis starred for 5 seasons on the NBC sitcom NewsRadio , followed by Three Sisters and the WB animated comedy Mission Hill . She made guest appearances on Seinfeld (in the episodes "The Secretary" and "The Race") and Murphy Brown . In a recurring role on Home Improvement , she played Maureen Binford, producer of the show-within-a-show Tool Time . On How I Met Your Mother , she had the recurring role of Lily Aldrin's doctor, "Dr. Sonya".

She appeared on Caroline in the City , The Norm Show , Grace Under Fire , Phenom and The 5 Mrs. Buchanans . Most recently, she made guest appearances on Surviving Suburbia , ABC's Grey's Anatomy , Disney Channel's Sonny with a Chance as Ms. Bitterman, the social worker on The Middle , and FX's Dirt .

Aside from Mission Hill, her voice acting career includes characters in Justice League Heroes , Rugrats Pre-School Daze , King of the Hill , Hercules: The Animated Series , An Extremely Goofy Movie , Finding Nemo , Phineas and Ferb , and Justice League: The New Frontier . Most recently, she voiced Eve in the 2010 film Alpha and Omega and its sequel. [5]

On stage, Lewis has appeared in City of Angels and My One and Only in Los Angeles, and has performed as a soloist with the New York Pops at Carnegie Hall. Her Broadway credits include I Can Get It For You Wholesale , Do Black Patent Leather Shoes Really Reflect Up? , Snoopy!!! The Musical , Damn Yankees , Chicago , The Crucible , and she was the final actress to play Countess Lily in Anastasia . She also appeared with Peter Gallagher and Patti LuPone in Pal Joey at the New York City Center. Lewis won the 2007 Ovation Award for Best Featured Actress in a Musical for the world premiere of Michael John LaChiusa's Hotel C'est L'amour.

She was part of the one-night celebrity-performed staging of Howard Ashman's unproduced musical Dreamstuff. The musical was re-imagined by Ashman's partners Marsha Malamet and Dennis Green and performed one night only at Los Angeles's Hayworth Theatre as part of the Bruno Kirby celebrity reading series. Her debut solo album East of Midnight was released in May 2010. The eclectic rock album has songs penned by Lewis as well as three cover songs. Lewis says this about the writing of the album: "The words and music of these songs unfolded before me like a foreboding window into a chapter of my life that would prove to be dauntingly destructive and spiritually bereft. Locked in my office in Malibu, California I wrote what would become a self-fulfilling prophecy – it would also prove to be the making of me." [6] 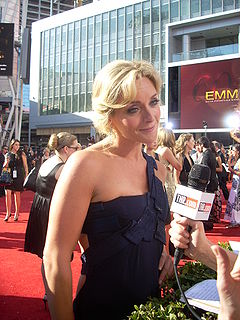 Jane Krakowski is an American actress and singer. She is best known for the roles of Cousin Vicki in National Lampoon's Vacation, and Jenna Maroney in the NBC comedy series 30 Rock, for which she received four Primetime Emmy Award nominations for Outstanding Supporting Actress in a Comedy Series. Other notable television credits include Elaine Vassal on Ally McBeal and Jacqueline White in the Netflix comedy series Unbreakable Kimmy Schmidt.

Allison Brooks Janney is an American actress. A prolific character actress, Janney has received many accolades, including an Academy Award, seven Primetime Emmy Awards, a BAFTA Award, and a Golden Globe Award. Born in Boston, Massachusetts, and raised in two cities in Ohio, Janney won a scholarship to study at the Royal Academy of Dramatic Art in the summer of 1984, following her graduation from Kenyon College. After years of minor and uncredited film and television appearances, Janney's breakthrough came with the role of C. J. Cregg in the NBC political drama The West Wing (1999–2006), for which she received four Primetime Emmy Awards. The character was widely popular during the airing of the series and was later recognized as one of the greatest female characters on American television. In 2014, she won the Primetime Emmy Award for Outstanding Guest Actress in a Drama Series for her role as Margaret Scully on the Showtime period drama Masters of Sex. Since 2013, she has starred as a cynical recovering addict in the CBS sitcom Mom. Her performance on the show has gained her five consecutive Primetime Emmy Award nominations and won her two Primetime Emmy Awards for Outstanding Supporting Actress in a Comedy Series.

Imogene Coca was an American comic actress best known for her role opposite Sid Caesar on Your Show of Shows. Starting out in vaudeville as a child acrobat, she studied ballet and wished to have a serious career in music and dance, graduating to decades of stage musical revues, cabaret and summer stock. In her 40s, she began a celebrated career as a comedian on television, starring in six series and guest starring on successful television programs from the 1940s to the 1990s.

Linda Lavin is an American actress and singer. She is known for playing the title character in the sitcom Alice and for her stage performances, both on Broadway and Off-Broadway.

Dorothy Lyman is an American television actress, director and producer. She is most known for her work as Gwen Frame in Another World and in All My Children as Opal Sue Gardner, as Rebecca Whitmore in Generations, and on the sitcom Mama's Family as Naomi Harper. 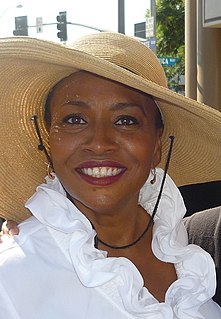 Jenifer Jeanette Lewis is an American actress, singer and activist. She began her career appearing in Broadway musicals and worked as a back-up singer for Bette Midler before appearing in films Beaches (1988) and Sister Act (1992). Lewis is known for playing roles of mothers in the films What's Love Got to Do With It (1993), Poetic Justice (1993), The Preacher's Wife (1996), The Brothers (2001), Think Like a Man and in the sequel Think Like a Man Too (2014), Baggage Claim (2013), and The Wedding Ringer (2015), as well as in The Temptations TV miniseries (1998). 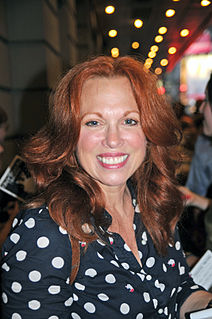 Dawnn Jewel Lewis is an American actress, singer, voice actress and songwriter. Lewis is best known for her role as Jaleesa Vinson–Taylor on the NBC television sitcom A Different World from the series beginning in 1987 until the end of its fifth season in 1992, in addition to being on the show; Lewis co–wrote the theme song. 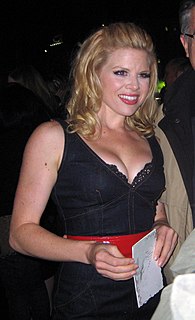 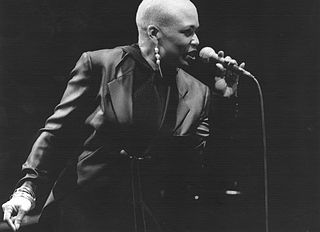 Vivian Blaine was an American actress and singer, best known for originating the role of Miss Adelaide in the musical theater production of Guys and Dolls, as well as appearing in the subsequent film version, in which she co-starred with Marlon Brando, Jean Simmons and Frank Sinatra.

Ashley Brown is an American actress who is best known for playing the titular character in the United States national tour and Broadway productions of Mary Poppins. 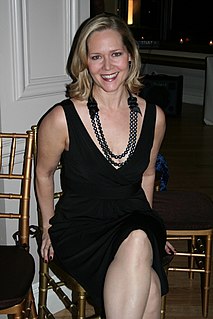 Michele Pawk is an American actress and singer. She is also an associate professor for theatre.

Kirsten Wyatt is an American singer and stage actress. She portrayed Frenchy in the 2007 Broadway revival of Grease.

Bill Nolte is a singer and Broadway actor. He was raised in Genoa, Ohio and attended Genoa Area High School, graduating in 1971. He graduated from the Cincinnati College-Conservatory of Music in 1976, with a degree in Opera and Musical Theater and a minor in Musical Theater.