Vijeta (English: Winner) is a 1996 Bollywood action crime thriller film directed by K. Muralimohana Rao and produced by Shree Ganesh Productions. [1] Sanjay Dutt and Raveena Tandon played the lead roles with Paresh Rawal, Amrish Puri and Reema Lagoo in supporting characters. It was a remake of Telugu film Sathruvu (1990). The film was a flop at the box office.

Advocate Durga Prasad was to have received a file from Chote Thakur with regard to a case pending in a Court in Bangalore, India. However, Chote gets killed, he does not receive the file, and the Court's decision goes against him. Then he is approached by a former Government Employee, an Inquiry Officer, who claims that he was wrongly dismissed and framed by corrupt Government Officials. Durga Prasad, along with his juniors, Ashok, Ravi, and one other, decide to handle his case, however, before even the case could be filed, the Inquiry Officer is killed. An angered Durga is determined to take this matter to Court, but before that could happen, he and his wife, Laxmi, are killed in broad daylight right outside the Courthouse. His Junior, Ashok, promises to avenge their killings and sets about to locate their killers. He finds out that all of them work for Vidhya Sagar, and he goes about killing them one by one. Then the DIG of Police, Jagdish Chaudhary, assigns Police Inspector Vijayalaxmi to apprehend Ashok, not knowing that Vijaya and Ashok are in love with each other. She questions Ashok, but he provides her an alibi for each and every occurrence. But when the Mayor of Bangalore is killed, she catches Ashok red-handed, leaving open the question of whether Ashok will be ready to provide an alibi for this death or merely claim that he did not do it. The question remains, if Ashok did not kill the Mayor, then who did? 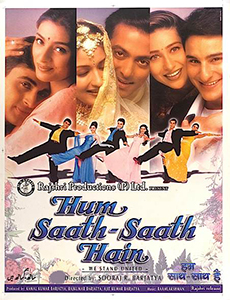 Nayak: The Real Hero (transl. Hero) is a 2001 Indian Hindi-language political action film directed by S. Shankar and produced by A. M. Rathnam under the Sri Surya Movies banner. The film stars Anil Kapoor, with Rani Mukerji, Amrish Puri, Paresh Rawal, and Johnny Lever playing supporting roles. A remake of Shankar's 1999 Tamil-language film Mudhalvan, it focuses on Shivaji Rao Gaekwad (Kapoor), a television cameraman and, later, television presenter, who accidentally hears and records the conversation between the police with the Chief Minister of Maharashtra Balraj Chauhan (Puri) to take an indifferent stand during riots triggered by a fight between college students and a bus driver. While interviewing Chauhan about the issues, Shivaji is challenged to take over his job for a day. 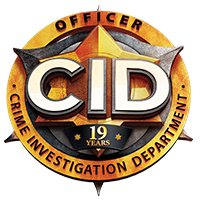 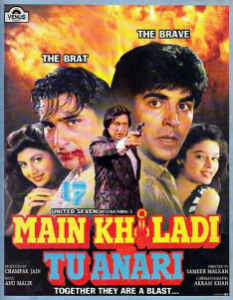 Main Khiladi Tu Anari is a 1994 Indian action comedy film directed by Sameer Malkan. The screenplay is written by Sachin Bhowmick. Starring Akshay Kumar, Saif Ali Khan and Shilpa Shetty in pivotal roles, the film went on to become one of the top 5 highest-grossing movies of the year and was declared a box office success at the end of its theatrical run. 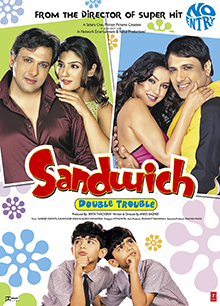 Sandwich : Double Trouble is a 2006 Indian Hindi comedy film starring Raveena Tandon and Mahima Chaudhry and Govinda plays dual role in both opposite characters. The film is directed by Anees Bazmee who is famously known for directing blockbuster comedy films like No Entry (2005), Welcome (2007), Singh Is Kinng (2008), Ready (2011), Mubarakan (2017) and Pagalpanti (2019). This film was completed in 2003 but was delayed for three years and finally released in 2006. The movie was remade in Kannada as Double Decker in 2011 starring Jaggesh. Earlier the title of movie was "Hum Do Hamara Ek". Due to delay in releasing the movie title was changed to "Sandwich", it received mixed reviews, who appreciated performance of Govinda, But criticised for writing, screenplay, cliches, and VFX, But this film was a box office failure. 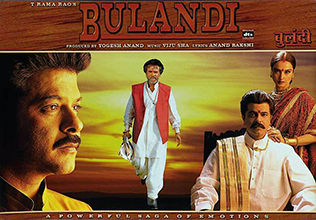 Bulandi is a 2000 Indian Hindi-language drama film. It is a remake of the Tamil movie Nattamai. Starring Anil Kapoor in double role, Rekha and Raveena Tandon. Rajinikanth appear in an important roles, reprising his role from the Tollywood Film Pedarayudu.

Maharashtra State Film Awards, one of the prestigious awards of Marathi cinema, are awarded by the Government of Maharashtra to Marathi language films and artists. They were first awarded in 1963.