A village hall is a public building in a village used for various things such as:

In the United Kingdom, a village hall is usually a building which contains at least one large room (plus kitchen and toilets), is owned by a local government council or independent trustees, and is run for the benefit of the local community. It is estimated that there are over 10,000 such village halls. [1]

Such a hall is typically used for a variety of public and private functions, such as:

Village halls are generally run by committees, and if not already part of a local government body such as a parish council, then such committees are eligible for charitable status. [2] They may have other names such as a Village Institute or Memorial Hall. In some localities a church hall or community centre provides similar functions.

The word neuadd (IPA: /'neiæð/) is used to refer to village halls in Welsh-speaking parts of Wales, as in Neuadd Dyfi, the village hall in Aberdyfi. [3]

In the United States, a village hall is the seat of government for villages. It functions much as a town hall or city hall.

Action for village halls in England

Grimsby is a town on Lake Ontario in the Niagara Region, Ontario, Canada. Grimsby is a part of the Hamilton Census Metropolitan Area. It is named after the English fishing town of Grimsby in north-east Lincolnshire. The majority of residents reside in the area bounded by Lake Ontario and the Niagara Escarpment. The escarpment is home to a section of the Bruce Trail.

In local government, a city hall, town hall, civic centre, guildhall, Rathaus (German), or a municipal building, is the chief administrative building of a city, town, or other municipality. It usually houses the city or town council, its associated departments, and their employees. It also usually functions as the base of the mayor of a city, town, borough, county or shire.

AberdyfiWelsh pronunciation: [abɛˈdəviː], also known as Aberdovey, is a village and community on the north side of the estuary of the River Dyfi in Gwynedd, on the west coast of Wales. The Community had a population of 878 as of the 2011 census. The electoral ward had a larger population of 1,282.

Bembridge is a village and civil parish located on the easternmost point of the Isle of Wight. It had a population of 3,848 according to the 2001 census of the United Kingdom, leading to the implausible claim by some residents that Bembridge is the largest village in England. Bembridge is home to many of the Island's wealthiest residents. The population had reduced to 3,688 at the 2011 Census.

Townhead is an area of the city of Glasgow, Scotland. It is situated immediately north-east of Glasgow city centre and contains a residential sector, a commercial/industrial sector and the campus of the University of Strathclyde. 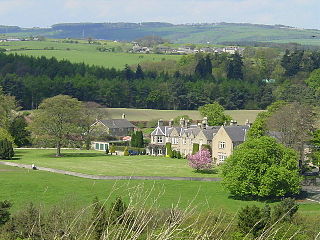 Stocksfield is a small, yet sprawling commuter village situated close to the River Tyne, about 14 miles (23 km) west of Newcastle upon Tyne in the southern part of Northumberland, England. There are several smaller communities within the parish of Stocksfield, including Branch End, New Ridley, Broomley, Hindley and the Painshawfield Estate. Other villages in Stocksfield's postal district include Bywell, Newton, Mickley, and Hedley on the Hill. 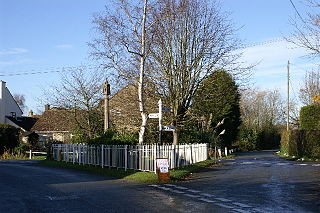 Kingston Seymour is a small village and civil parish in Somerset, England. It is situated within the unitary authority of North Somerset, between Clevedon and Weston-super-Mare on the North Somerset Levels. The parish has a population of 388. The M5 motorway passes very close to the village. 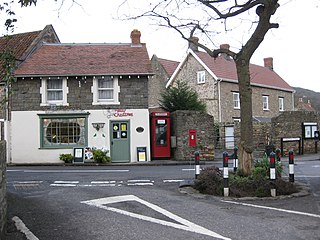 Walton in Gordano is a village and civil parish in North Somerset, England. It is situated in a small valley at the side of the south-western end of the Gordano Valley, about a mile from Clevedon. The parish has a population of 273.

Doddinghurst is a village and civil parish in the Brentwood, in south Essex. It is 3 miles (5 km) to the north of Brentwood.

Bleadon is a village and civil parish in Somerset, England. It is about 4 miles (6.4 km) south of Weston-super-Mare and, according to the 2011 census, has a population of 1,079.

Smallthorne is an area in the city of Stoke-on-Trent in Staffordshire, England. It is in the north-east of the city, near Burslem. Smallthorne borders Bradeley and Chell in the north, Norton-in-the-Moors in the east, Sneyd Green in the south, and Burslem in the west.

Mellor is a village situated in the Borough of Ribble Valley in Lancashire, England. The population of the civil parish at the census of 2011 was 2,262.

Burrington is a small village and civil parish in Somerset, England. It is situated in the Unitary authority of North Somerset, 5 miles (8.0 km) north east of Axbridge and about 10 miles (16 km) east of Weston-super-Mare. The parish includes the hamlets of Bourne and Rickford and has a population of 464. 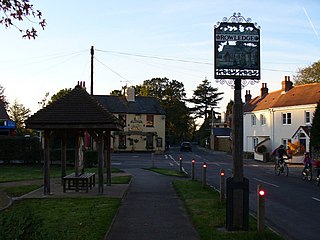 Rowledge is a village in England on the Surrey–Hampshire border, centred south of the A31 and Farnham. Neighbouring villages include Wrecclesham, Spreakley and Frensham. To the south west of the village is the Alice Holt Forest; to the west is Birdworld. It is in the Waverley Ward of Farnham, Wrecclesham and Rowledge.

Corston is a small village and civil parish close to the River Avon and situated on the A39 road in the Bath and North East Somerset unitary authority, Somerset, England. The parish has a population of 494.

A church hall or parish hall is a room or building associated with a church, general for community and charitable use. In smaller and village communities, it is often a separate building near the church, while on more restricted urban sites it may be in the basement or a wing of the main church building. Activities in the hall are not necessarily religious, but are typically an important part of local community life. The hall may be hired and used for other, non-Christian, functions. In certain Christian denominations the church itself is called the church hall. 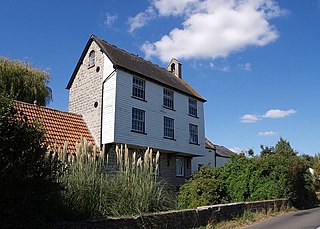 Hambridge and Westport is a civil parish in Somerset, England. It has a population of 514.