What the community centres are used for?

The community centres are used for:

Around the world (and sometimes within single countries) there appear to be four common ways in which the operation of the kind of community centre are owned and organised. In the following description, "Government" may refer to the ordinary secular government or to a dominant religious organisation such as the Roman Catholic Church; and it may refer to the central, national, or international branch of a government/church or to the local subdivision of it.

The community centres typically have its own origin and history.There are some examples:

Early forms of community centers in the United States were based in schools providing facilities to inner city communities out of school hours. An early celebrated example of this is to be found in Rochester, New York from 1907. Edward J. Ward, a Presbyterian minister, joined the Extension Department at the University of Wisconsin–Madison, organizing the Wisconsin Bureau of Civic and Social Development. By 1911 they organized a country-wide conference on schools as social centers. Despite concerns expressed by politicians and public officials that they might provide a focus for alternative political and social activity, the idea was successful. In 1916, with the foundation of the National Community Center Association, the term Community Center was generally used in the US. By 1918 there were community centers in 107 US cities, and in 240 cities by 1924. By 1930 there were nearly 500 centers with more than four million people regularly attending. The first of these was Public School 63, located in the Lower East Side. Clinton Child's, one of the organizers, described it as:

"A Community organized about some center for its own political and social welfare and expression; to peer into its own mind and life, to discover its own social needs and then to meet them, whether they concern the political field, the field of health, of recreation, of education, or of industry; such community organization is necessary if democratic society is to succeed and endure".[ citation needed ]

In the UK many villages and towns have their own Community Centre, although nearby schools may offer their assembly or dining hall after school for Community Centre activities. For example, local schools near Ouston, County Durham may host dance or sporting activities provided by a local community centre. [1]

In the United Kingdom, the oldest community centre is possibly that which was established in 1901 in Thringstone, Leicestershire by the old age pensions pioneer, Charles Booth (1847-1916). Extended in 1911 and taken over by the Leicestershire County Council in 1950, this centre still thrives as an educational, social and recreational community resource and was the inspiration for numerous others of its kind.

There are also community centres for a specific purpose, but serving the whole community, such as an arts centre.

Online community centres are defined as a web-based interactive, user-submitted network for groups, organizations, or businesses. Users create their own personal profiles, blogs, groups, photos, art, calendars, music, and videos to display on their own pages. Administrators provide oversight to the content and approve membership of users.

In Singapore, community centres are distinct buildings that are officially designated by the government of Singapore. They are meant to play an urban planning role especially as part of Housing Development Board projects. Enrichment and grassroots organization are their functions like most other community centres, but relieving traffic congestion concerns by placing community centres nearby is also another reason. 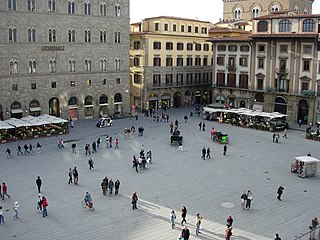 A public space is a place that is generally open and accessible to people. Roads, public squares, parks and beaches are typically considered public space. To a limited extent, government buildings which are open to the public, such as public libraries are public spaces, although they tend to have restricted areas and greater limits upon use. Although not considered public space, privately owned buildings or property visible from sidewalks and public thoroughfares may affect the public visual landscape, for example, by outdoor advertising. Recently, the concept of Shared space has been advanced to enhance the experience of pedestrians in public space jointly used by automobiles and other vehicles.

Trent University is a public liberal arts university in Peterborough, Ontario, with a satellite campus in Oshawa, which serves the Regional Municipality of Durham. Trent is known for its Oxbridge college system and small class sizes. 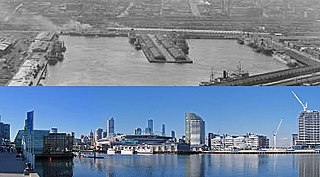 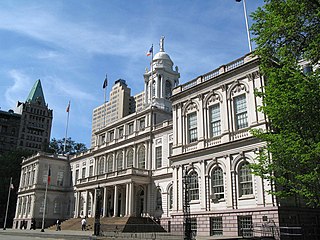 In local government, a city hall, town hall, civic centre, guildhall, or a municipal building, is the chief administrative building of a city, town, or other municipality. It usually houses the city or town council, its associated departments, and their employees. It also usually functions as the base of the mayor of a city, town, borough, county or shire. Other terms in non-English languages are Mairie or Hôtel de ville (France), Gemeindehaus or Rathaus (Germany), Rådhus (Denmark), Paços do Concelho (Portugal) and Stadshus (Sweden). 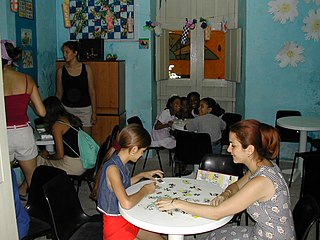 Youth work is community support activity aimed at older children and adolescents. Depending upon the culture and the community, different services and institutions may exist for this purpose. In the United Kingdom youth work is the process of creating an environment where young people can engage in informal educational activities. Different varieties of youth work include centre-based work, detached work, school-based work and religion based work. Throughout the United States and Canada, youth work is any activity that seeks to engage young people in coordinated programs, including those that are recreational, educational, or social by nature and design. 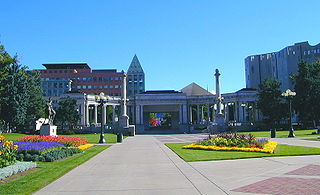 A civic center or civic centre is a prominent land area within a community that is constructed to be its focal point or center. It usually contains one or more dominant public buildings, which may also include a government building. Recently, the term "civic center" has been used in reference to an entire central business district of a community or a major shopping center in the middle of a community. In this type of civic center, special attention is paid to the way public structures are grouped and landscaped. 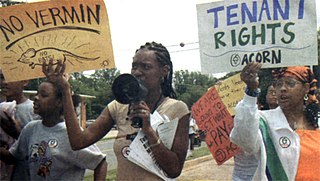 Community organizing is a process where people who live in proximity to each other or share some common problem come together into an organization that acts in their shared self-interest. 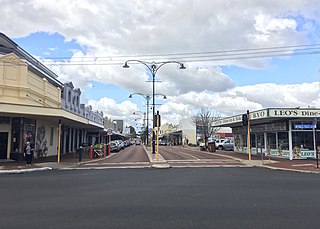 Maylands is a riverside inner-city suburb approximately 4.5 kilometres (2.8 mi) northeast of Perth centred on the Midland railway line on the northern bank of the Swan River.

A social enterprise is an organization that applies commercial strategies to maximize improvements in financial, social and environmental well-being. This may include maximizing social impact alongside profits for co-owners. 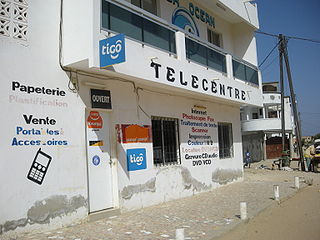 A telecentre is a public place where people can access computers, the Internet, and other digital technologies that enable them to gather information, create, learn, and communicate with others while they develop essential digital skills. Telecentres exist in almost every country, although they sometimes go by a different names including public internet access center (PIAP), village knowledge center, infocenter, Telecottage, Electronic Village Hall, community technology center (CTC), community multimedia center (CMC), multipurpose community telecentre (MCT), Common/Citizen Service Centre (CSC) and school-based telecentre. While each telecentre is different, their common focus is on the use of digital technologies to support community, economic, educational, and social development—reducing isolation, bridging the digital divide, promoting health issues, creating economic opportunities, and reaching out to youth for example. 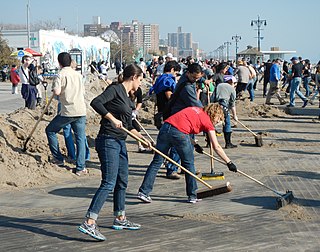 The People's Association (PA) is a statutory board of the Government of Singapore that oversees neighbourhood grassroots communities and social organisations. The PA was established on 1 July 1960 as part of the nation-building programme to promote social cohesion and multiracialism.

Because there are many factors that can lead to corruption in local government, it is hard to study corruption patterns empirically, but recently, improved research strategies and information sources have made such studies better.

Community economic development (CED) is a field of study that actively elicits community involvement when working with government, and private sectors to build strong communities, industries, and markets. 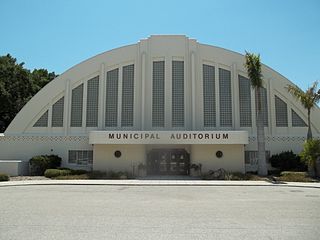 The Sarasota Municipal Auditorium, listed in the National Register as Municipal Auditorium-Recreation Club, is a historic multi-purpose facility built in 1938. It is located at 801 Tamiami Trail North and owned/operated by the municipal government of Sarasota, Florida. The auditorium has 10,000 square feet (930 m2) of exhibit space on its main floor and also contains an Art Deco style stage measuring 1,500 square feet (140 m2). 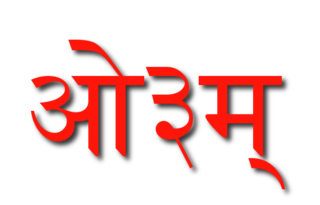 The Arya Samaj was founded in Nairobi on 5 July 1903, at a meeting at the home of Jai Gopal attended by forty-five people. The small group of Arya Samajis immediately began plans for a centre for its members and on 11 September 1903, the foundation for the first Arya Samaj building in East Africa was laid. Today there is a seven-storey building on this site. 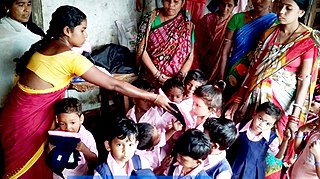 Anganwadi is a type of rural child care centre in India. They were started by the Indian government in 1975 as part of the Integrated Child Development Services program to combat child hunger and malnutrition. Anganwadi means "courtyard shelter" in Hindi.

The government of the Soviet Union followed an unofficial policy of state atheism, aiming to gradually eliminate religious belief within its borders. While it never officially made religion illegal, the state nevertheless made great efforts to reduce the prevalence of religious belief within society. To this end, at various times in its history it engaged in anti-religious persecutions of varying intensity and methodology. Believers were never officially attacked for being believers, but they were officially attacked for real or perceived political opposition to the state and to its policies. These attacks, however, in the broader ideological context were ultimately meant to serve the ultimate goal of eliminating religion, and the perceived political opposition acted as a legal pretext to carry this out. Thus, although the Soviet Union was officially a secular state and guaranteed freedom of religion in its constitutions, in practice believers suffered discrimination and were widely attacked for promoting religion.