What What (In the Butt)

Last updated August 21, 2022
"What What" redirects here. For the hip hop vocalist What? What?, see Jean Grae. For the 2018 Dillon Francis album, see Wut Wut.

On 5 March 2007, with regard to the Christian imagery in the video, Samwell said, in an interview with KROQ-FM, that the opening image is "not a cross, but a flaming symbol that [he] just happened to use". [5] According to Stasny, however:

"[Samwell] wanted it because he's a Christian but he doesn't do Christian morality. For him, having a burning cross is a way to pay respect to his beliefs." [3]

The video also parodies the flower petal scene from the movie American Beauty (1999). [6]

On April 8, 2007, Brownmark Films released an interview with Samwell, in which he discussed the public reception of the song at length. [7]

In April 2008, Samwell appeared on the BBC television show Lily Allen and Friends for an interview and performed a live version of "What What (In the Butt)" with choreographed dancers. [8] The video was also featured in episode #53 of ADD-TV in Manhattan. [9] "What What (In the Butt)" was an official selection at the Milwaukee International Film Festival and the Mix Brasil Film Festival. [10] [11]

In June 2010 Samwell appeared on an episode of Comedy Central's Tosh.0 , television show about viral videos. The segment told the story of how the "What What" video was created, followed by an acoustic duet version of the song by Samwell and Josh Homme, lead singer for Queens Of The Stone Age and guitar player for Kyuss. [12]

On November 12, 2010, Brownmark Films filed a copyright infringement lawsuit against MTV Networks, South Park Studios, and Viacom for their use of "What What in the Butt" in a 2008 South Park episode. [15] In July 2011, a federal judge decided that South Park's use of the video fell under the fair use exception to copyright law, and thus the defendants did not owe damages. The decision was unusual in a copyright lawsuit because it was made on a motion to dismiss, before summary judgment. [16] [17] The appeal was dismissed by the Seventh Circuit Court of Appeals on June 7, 2012. [18] Additionally, the district court awarded attorneys' fees to the defendants because the lawsuit was "objectively unreasonable".[ citation needed ]

In January 2013, a behind-the-scenes video was released which showed footage from the original 2006 green screen shoot. [2]

Lily Jo Hanson is a writer and comedian living in Los Angeles and is best known for her work on Current TV, Smash Cuts, and Joe Goes.

A viral video is a video that becomes popular through a viral process of Internet sharing, typically through video sharing websites such as YouTube as well as social media and email. For a video to be shareable or spreadable, it must focus on the social logics and cultural practices that have enabled and popularized these new platforms, logics that explain why sharing has become such common practice, not just how.

Hamlet A.D.D., directed by Bobby Ciraldo & Andrew Swant and produced by Special Entertainment, is a 2014 independent feature film and web series which re-imagines Shakespeare’s play as a bizarre and comical tour through the ages. The world premiere was held at the Los Angeles Museum of Contemporary Art in April 2014.

The Crichton Leprechaun is a supposed sighting of a leprechaun in a tree in Crichton, a neighborhood of Mobile, Alabama following a 2006 news report filed at local NBC affiliate WPMI-TV. The video was posted to YouTube on St. Patrick's Day 2006 and became one of the first YouTube viral videos and was referenced in mainstream media. As of 2018, the video has over 28 million views. 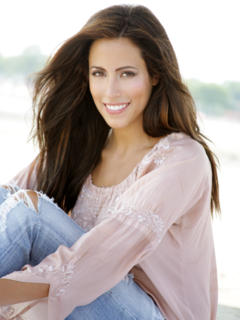 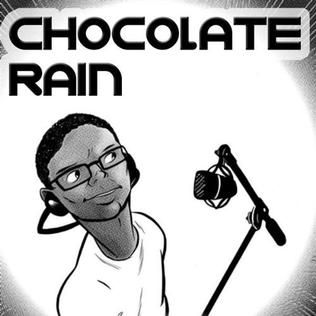 "Chocolate Rain" is a song by American singer Tay Zonday. It quickly became popular after the music video for the song was uploaded to YouTube on April 23, 2007, and has since been viewed more than 133 million times. "Chocolate Rain" was ranked as the hottest viral video of summer 2007 by CTV and was awarded the 2008 YouTube Award in the category "Music". The song is a metaphor for racism against African Americans in the United States. 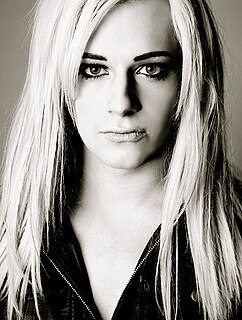 Cara Cunningham, is an American transgender Internet personality, songwriter, recording artist, YouTuber, and former pornographic film actor. As of October 2010, Cunningham's videos had received a combined 50 million plays on MySpace, and her vlog channel on YouTube was the 100th-most viewed of all time in all categories, with over 205 million video views, before Cunningham closed her YouTube account in September 2015. Her work consists mainly of short-form, self-directed monologues shot in her grandparents' home.

Jodie-Amy Rivera known professionally as VenetianPrincess, is an American former YouTuber. Rivera's content typically included parodies of songs and events in pop culture. Despite being inactive, her channel maintains 860,000 subscriptions with total video views of 363 million as of July 2021. The VenetianPrincess channel gained notoriety in 2006 after being featured on the front page of YouTube. In 2007 she became one of the first people invited into YouTube's revenue sharing program.

Samuel Johnson, better known by his stage name Samwell, is an American entertainer whose 2007 video "What What " made him an Internet celebrity.

Andrew Swant is an American filmmaker best known for William Shatner's Gonzo Ballet, The Jeffrey Dahmer Files, and What What in the Butt.

Bobby Ciraldo is a filmmaker and web-based artist whose works include Hamlet A.D.D., William Shatner's Gonzo Ballet, the production of Frankie Latina's Modus Operandi, Samwell's What What , and a music video for Leslie and the Ly's called "Zombie Killer". He attended Grinnell College and later collaborated with Chris Smith, Ray Chi, and Scott Reeder to create ZeroTV.com, a precursor to MySpace and YouTube.

2 Girls 1 Cup is the unofficial nickname of the trailer for Hungry Bitches, a 2007 Brazilian scat fetish pornographic film produced by MFX Media. The trailer features two women defecating into a cup, taking turns in what appears to be consuming the excrement, and vomiting into each other's mouths. "Lovers Theme" by Hervé Roy plays throughout the video.

Special Entertainment is a Milwaukee based media production company established in 2003 by Bobby Ciraldo and Andrew Swant.

"Canada on Strike" is the fourth episode in the twelfth season of the American animated television series South Park. The 171st episode of the series overall, it first aired on Comedy Central in the United States on April 2, 2008. In the episode, the nation of Canada, feeling disrespected by the rest of the world, goes on a general strike, demanding money, spurring the boys to raise money by creating a viral video.

Adam Nyerere Bahner, better known by the pseudonym Tay Zonday or as "Chocolate Rain Guy", is an American YouTube personality, singer-songwriter, and voice actor. He is known for his bass singing voice.

Songify the News is an American musical web series popularized by Brooklyn musician Michael Gregory, and later his band The Gregory Brothers. The Gregory Brothers digitally manipulated recorded voices of politicians, news anchors and political pundits to conform to a melody, making the figures appear to sing. The group achieved mainstream success with their "Bed Intruder Song" video which became the most watched YouTube video of 2010.

Something Theater is an American television show created by Bobby Ciraldo, David Robbins, and Andrew Swant. The half-hour program has aired in Southeastern Wisconsin on The CW affiliate WVTV since February 2009. It is broadcast from Milwaukee, Wisconsin on a bi-monthly basis, usually on a Friday night.

Tosh.0 is an American television series that aired on Comedy Central from June 4, 2009, to November 24, 2020. The series is hosted and produced by comedian Daniel Tosh, who provides satirical commentary on online viral video clips, internet meme, social media, trending topics, society, celebrities, stereotypes, and popular culture as a whole.

Showry (born Seo Ae-jin) [also known as "Syori" (쇼리)] is a South Korean shock comedian and vlogger. With over one million viewers on her Facebook page, Showry parodies the Muk-bang trend during her YouTube videos.