The Riverfront Times (RFT) is a free progressive weekly newspaper in St. Louis, in the U.S. state of Missouri that consists of local politics, music, arts and dining news in the print edition and daily updates to blogs and photo galleries on its website. As of June 2008, the Riverfront Times has an ABC-audited weekly circulation of 81,276 copies. [1]

The paper has received more than three dozen awards from the Missouri Press Association,[ citation needed ] along with the group's Gold Cup.[ citation needed ] The paper and website also currently feature a weekly syndicated column by relationship and sex advice writer Dan Savage. In the past the paper carried Chuck Sheppard's News of the Weird column.

In June 2019, editor-in-chief Sarah Fenske announced her departure after being selected to host St. Louis on the Air on St. Louis Public Radio. [11] News editor Doyle Murphy was selected as interim editor-in-chief. [12]

The Seattle Weekly is a freely distributed newspaper in Seattle, Washington, United States. It was founded by Darrell Oldham and David Brewster as The Weekly. Its first issue was published on March 31, 1976, and is currently owned by Sound Publishing. The newspaper will publish its final print edition on February 27, 2019, and transition to web-only content beginning March 1, 2019.

The Dallas Observer is a free digital and print publication based in Dallas, Texas. The Observer publishes daily online coverage of local news, restaurants, music and arts, as well as longform narrative journalism. A weekly print issue circulates every Thursday. The Observer has been owned by Voice Media Group since January 2013. 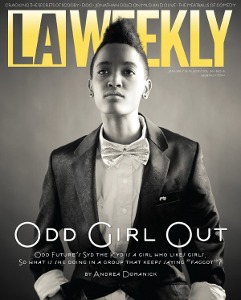 DigBoston—formerly known as the Weekly Dig and known colloquially as The Dig—is a free alternative newspaper in Boston, Massachusetts. It covers news in the Greater Boston area and offers commentary on music, arts, politics, business, film, sex, food, drink and more, as well as providing local bar, entertainment and club listings. DigBoston is distributed Thursdays, free of charge, in self-serve newspaper dispensers located throughout the city, as well as in local businesses.

Philadelphia City Paper was an alternative weekly newspaper in Philadelphia, Pennsylvania. The independently owned paper was free and published every Thursday in print and daily online at citypaper.net. Staff reporters focused on labor issues, politics, education and poverty. Critics reviewed the city’s arts, entertainment, literary and restaurant scene. Listings of concerts, art exhibits, dance performances and other events were carried in the paper and in a comprehensive online events calendar.

SF Weekly is a free alternative weekly newspaper in San Francisco, California. The newspaper, distributed throughout the San Francisco Bay Area every Thursday, is published by the San Francisco Newspaper Company. Founded locally in the late 1970s by Christopher Hildreth and Edward Bachman and originally named ‘San Francisco Music Calendar, the Magazine or Poster Art’, Christopher saw a need for local artists to have a place to advertise performances and articles. The key feature was the centerfold calendar listings for local art events. Bought by Village Voice Media in 1995, SF Weekly has garnered notable national journalism awards. The paper sponsored the SF Weekly Music Awards, also known as the "Wammies."

The Cleveland Scene is an alternative weekly newspaper based in Cleveland, Ohio. The newspaper includes highlights of Cleveland-area arts, music, dining, and films, as well as classified advertising. The first edition of the newspaper was published in the 1970s.

Cincinnati CityBeat is an independent local arts and issues publication covering the Cincinnati, Ohio area. It has the second largest readership in the Cincinnati area behind the daily Cincinnati Enquirer.

Village Voice Media or VVM began in 1970 as a weekly alternative newspaper in Phoenix, Arizona. The company, founded by Michael Lacey (editor) and Jim Larkin (publisher), was then known as New Times Inc. (NTI) and the publication was named New Times. The company was later renamed New Times Media.

Phoenix New Times is a free digital and print media company based in Phoenix, Arizona. New Times publishes daily online coverage of local news, restaurants, music and arts, as well as longform narrative journalism. A weekly print issue circulates every Thursday. The company has been owned by Voice Media Group since January 2013, when a group of senior executives bought out the founding owners. Stuart Warner was named editor of New Times in January 2017.

Nashville Scene is an alternative newsweekly in Nashville, Tennessee. It was founded in 1989, became a part of Village Voice Media in 1999, and later joined the ranks of sixteen other publications after a merger of Village Voice Media with New Times Media early in 2006. The paper was acquired by SouthComm Communications in 2009. Since May 2018, it has been owned by the Freeman Webb Company. The publication mainly reports and opines on music, arts, entertainment, and local and state politics in Nashville.

New Times Broward-Palm Beach is a news website that until 2016 also published a weekly print newspaper; it is part of the Voice Media Group chain. The original paper split off from the Miami New Times in 1997, under the auspices of then editor-in-chief Tom Walsh. Walsh was succeeded by Chuck Strouse, who was replaced in 2005 with Tony Ortega. In March 2007, Ortega was appointed as editor-in-chief of the company's flagship paper, The Village Voice. In April 2007, Robert Meyerowitz was named editor-in-chief, though he departed the following May to take an endowed chair at University of Alaska. In 2009, Eric Barton was hired as editor; in June 2012, he left the company when editorship of the paper was combined with that of Miami New Times, where Strouse became editor. Tom Finkel is currently the editor of both papers. In September 2012, Village Voice Media executives Scott Tobias, Christine Brennan and Jeff Mars bought Village Voice Media's papers and associated web properties from its founders and formed Voice Media Group.

Times-Shamrock Communications is an American media company based in Scranton, Pennsylvania. The company, owned by the Lynett and Haggerty families of Scranton, lists among its assets four daily newspapers, six weekly newspapers, and 9 radio stations. Most of its properties are in Northeastern Pennsylvania.

Orlando Weekly is a liberal progressive alternative newsweekly distributed in the Greater Orlando area of Florida. Every Thursday, 40,000 issues of the paper are distributed to more than 1,100 locations across Orange, Osceola and Seminole counties.

St. Louis Magazine is a monthly periodical published in St. Louis, Missouri. Founded in 1969 under the name Replay, then The St. Louisan until 1977, it covers local history, cuisine, and lifestyles.

The San Antonio Current is a free weekly alternative newspaper in San Antonio, Texas, USA. The Current focuses on investigative journalism, political analysis, and critical coverage of local music and culture. It also contains extensive and up-to-date event listings for San Antonio. A member of the Association of Alternative Newsweeklies, its style combines tough journalism with humor. The Current has won many journalism awards, often for coverage of subjects and controversies that are largely ignored by other South Texas media outlets.

Euclid Media Group (EMG) is a media company in the United States. Its headquarters are in Cleveland, Ohio and it owns the Orlando Weekly, Cincinnati CityBeat, Cleveland Scene, Creative Loafing (Tampa), Detroit Metro Times, Riverfront Times, San Antonio Current, Out In SA and Out in STL.