In the United States, Yanagisawa products are commercialized and distributed by Conn-Selmer, [2] a subsidiary of Steinway Musical Instruments.

The history of woodwind manufacturing in Japan had its origins in 1894 when Tokutaro Yanagisawa began repairing imported woodwinds for military band members. Within that wartime setting, Tokutaro's repair shop soon evolved into an instrument factory—the first to build woodwind instruments on Japanese soil. Tokutaro's son Takanobu followed in his father's footsteps, choosing to pursue a career in the craft of instrument-making, and built his first prototype saxophone in 1951. [3]

1956-1966 First alto saxophone (A-3) is unveiled and A-5 alto and T-5 tenor models are introduced. Development work is completed on a low-A baritone model (B-6)

1968 Japan's first soprano saxophone (S-6) is placed on the market. The SN-600 sopranino model with high-E key is finished and released.

2002 The 9937PGP series is born, rounding out the all-sterling lineup with pink-gold plated models. Yanagisawa unveils its bronze A-902 alto.

2003 Yanagisawa unveils the T-902, the tenor version of its bronze alto model

2006 Yanagisawa builds the A-9914, the world's first alto saxophone with neck, body, bow, and bell crafted entirely in 14K gold. Reference prototypes are exhibited at the Frankfurt Musikmesse trade show.

2014 The WO series Alto is launched

2015 The WO series Tenor is launched

The company is notable for making saxophones from materials other than the standard brass, i.e., phosphor bronze and solid silver, and combinations thereof.[ citation needed ] Their first solid silver saxophone was produced in 1972 and instruments made from phosphor bronze began to be produced in 1992.[ citation needed ] The 8830 model alto and tenor saxophones, introduced in 1988, combined silver necks and bells with a brass body tube, reminiscent of the King "Silversonic" instruments. Similar combinations are offered in current production, as illustrated by Yanagisawa's 2015 range of alto saxophone offerings:[ citation needed ]

The permutations are increased by the fact that it is possible to buy a solid brass, silver, or bronze neck from Yanagisawa and fit it to any of the nine instruments listed above e.g. adding a solid silver neck to the Awo10 or Awo20, or a phosphor bronze neck to the Awo10, Awo33J or Awo37 etc.[ citation needed ] 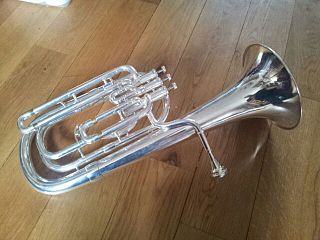 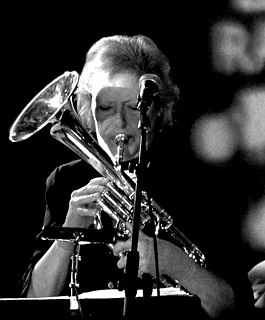 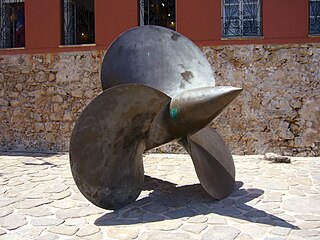 Phosphor bronze is a member of the family of copper alloys. It is composed of copper that is alloyed with 0.5–11% of tin and 0.01–0.35% phosphorus, and may contain other elements to confer specific properties. Alloyed tin increases the corrosion resistance and strength of copper, while phosphorus increases its wear resistance and stiffness.

Buffet Crampon SAS is a French manufacturer of wind instruments based in Mantes-la-Ville, Yvelines department. The company is the world market leader in the production of clarinets of the Boehm system. Its subsidiary, Buffet Crampon Deutschland GmbH, founded in 2010 and based in Markneukirchen, Vogtland, Sachsen, is the world market leader in the manufacture of brass instruments. To manufacture and sell its products, the BC Group employed around 1000 people worldwide at the beginning of 2021, 470 of them as employees of BC Germany alone. The management of the group has been in the hands of Jérôme Perrod since 2014. 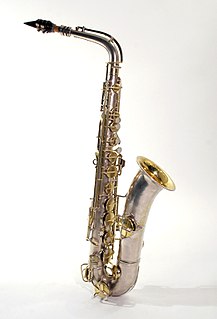 The Buescher Band Instrument Company was a manufacturer of musical instruments in Elkhart, Indiana, from 1894 to 1963. The company was acquired by the H&A Selmer Company in 1963. Selmer retired the Buescher brand in 1983. 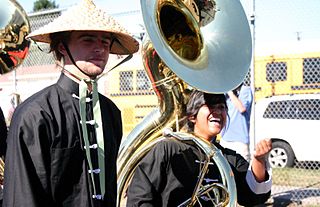 Jupiter Band Instruments, Inc. is a manufacturer and distributor of woodwind, brass and percussion instruments. Jupiter was established by its Taiwanese parent company KHS in 1980.

Leblanc, Inc. was a musical instruments manufacturing company based in Kenosha, Wisconsin. The company was a woodwind instrument manufacturer known mainly for its clarinets. In 2004 the firm was sold to Conn-Selmer, a division of Steinway Musical Instruments. As a result, Leblanc ceased to exist as an independent operation, becoming a brand.

The Selmer Mark VI is a saxophone produced from 1954 to 1981. Production shifted to the Mark VII for the tenor and alto in the mid-1970s, and to the Super Action 80 for the soprano and baritone saxophones in 1981. The sopranino saw limited production until about 1985.

Vito is a brand name of Leblanc which was started in 1951.

Cannonball Musical Instruments is a manufacturer of saxophones, clarinets, trumpets, flutes, trombones, and musical instrument accessories. The company was founded in 1996 by musicians Tevis and Sheryl Laukat, and is based in Sandy, Utah. Cannonball specializes in professional, handmade, and uniquely "acoustically hand customized" instruments.

Herbert "Herb" Couf was an American clarinetist, saxophonist, composer, music store owner, music instrument manufacturer executive, and an importer of music instruments. Couf had been the principal clarinetist with the Detroit Symphony Orchestra under Paul Paray until he retired to open Royal Music Center and commit his full attention to the business of music.

Vibratosax is the product name of the saxophones made from plastic, designed & built by the Thai company Vibrato.