Jacques was born in Quebec City in 1956. He studied theatre at the Cégep de Saint-Hyacinthe, [1] and began acting on stage in both Quebec City and Montreal. [1] He became more widely known to film and television audiences beginning in 1981 as a sketch performer in Télévision de Radio-Canada's annual Bye Bye New Year's Eve variety special, and soon began appearing more widely in film and television roles. [1] To international audiences, he is best known as Claude, the gay academic in Denys Arcand's The Decline of the American Empire and The Barbarian Invasions . [1] On stage, he is noted for originating the role of Lydie-Anne in the premiere of Michel Marc Bouchard's play Lilies . [1]

Since 2001, he has toured the world in two shows by Robert Lepage, Far Side of the Moon (La Face cachée de la lune) and Le Projet Andersen , where he played all the roles. [1]

Jacques was appointed an Officer of the Order of Canada in 2009. [2]

In 1981, he was singer-songwriter of the song On ne peut pas tous être pauvres (music by composerPierre Gagnon). Jacques also produced and realised(directed) the music video which is the first Québécois music video. [4] 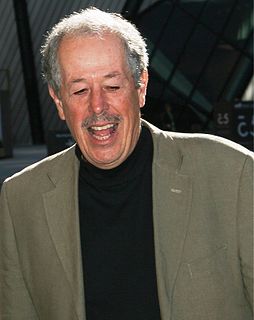 Georges-Henri Denys Arcand is a French Canadian film director, screenwriter and producer. His film The Barbarian Invasions won the Academy Award for Best Foreign Film in 2004. His films have also been nominated three further times, including two nominations in the same category for The Decline of the American Empire in 1986 and Jesus of Montreal in 1989, becoming the only French-Canadian director in history whose films have received this number of nominations and, subsequently, to have a film win the award. Also for The Barbarian Invasions, he received an Academy Award nomination for Best Original Screenplay, losing to Sofia Coppola for Lost in Translation. 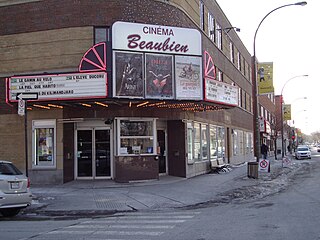 Roy Michael Joseph Dupuis is a Canadian actor best known for his role as counterterrorism operative Michael Samuelle in the television series La Femme Nikita. He portrayed Maurice Richard on television and in film and Roméo Dallaire in the 2007 film Shake Hands with the Devil. 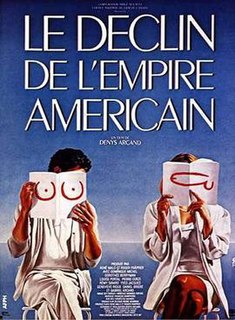 Denise Filiatrault, is a Canadian actress and director.

Denis Héroux, was a Canadian film director and producer.

The Prix Albert-Tessier is an award by the Government of Quebec that is part of the Prix du Québec, given to individuals for an outstanding career in Quebec cinema. It is awarded to script-writing, acting, composing music, directing, producing and cinematographic techniques. It is named in honour of Albert Tessier.

Gabriel Arcand is a Canadian actor. He is the brother of film director Denys Arcand.

Jean-Claude Labrecque, was a director and cinematographer who learned the basics of filmmaking at the National Film Board of Canada.

Jacques Godin is a Canadian film and television actor. He won the Canadian Film Award for Best Actor for his role in the film O.K. ... Laliberté, and was a nominee for Being at Home with Claude.

The Crime of Ovide Plouffe, also known as Murder in the Family in its television run, is a Canadian film and television miniseries from Quebec. The project consisted of two parts: a two-hour theatrical film directed by Denys Arcand which was released to theatres in 1984, and a six-hour television miniseries which aired in 1986, with four hours directed by Gilles Carle leading into the Arcand film as the final two hours.

Memories Unlocked is a Canadian drama film, directed by Jean Beaudin and released in 1999. Based on the novel Homme invisible à la fenêtre by Monique Proulx, the film stars James Hyndman as Max, a paraplegic artist whose ex-girlfriend Lucie returns several years after their breakup to accuse him of rape.

The Prix Luc-Perreault, formerly known as the Prix L.-E.-Ouimet-Molson, is an annual Canadian film award, presented by the Association québécoise des critiques de cinéma to a film deemed to be the best film of the year from Quebec.

The 25th Canadian Film Awards were announced on October 12, 1973 to honour achievements in Canadian film.