Zuleika is a given name for females. Spelling variations include Zuleikha, Zuleyka, Zuleica and Zuleykha. The name is of uncertain origin, [1] possibly from Persian, meaning "brilliant beauty", [2] [3] [4] or from Arabic, meaning "bright and fair". [5] [6] [7]

Potiphar, also known as Aziz in Islam, is a figure in the Hebrew Bible and the Quran. Potiphar is the shortened form of פוטיפרע "Potiphera" from Late Egyptian pꜣ-dj-pꜣ-rꜥ "he whom Ra has given." This is analogous to the name "Theodore"="God's gift" in the Western world.

The Myrmidons were an ancient nation of Greek mythology. In Homer's Iliad, the Myrmidons are the soldiers commanded by Achilles. Their eponymous ancestor was Myrmidon, a king of Phthiotis who was a son of Zeus and "wide-ruling" Eurymedousa, a princess of Phthiotis. She was seduced by him in the form of an ant. An etiological myth of their origins, simply expanding upon their supposed etymology—the name in Classical Greek was interpreted as "ant-people", from murmekes, "ants"—was first mentioned by Ovid, in Metamorphoses: in Ovid's telling, the Myrmidons were simple worker ants on the island of Aegina. 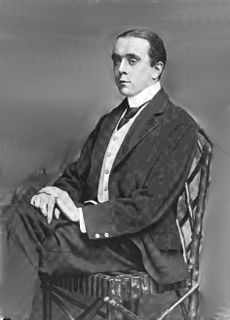 Sir Henry Maximilian "Max" Beerbohm was an English essayist, parodist and caricaturist under the signature Max. He first became known in the 1890s as a dandy and a humorist. He was the drama critic for the Saturday Review from 1898 until 1910, when he relocated to Rapallo, Italy. In his later years he was popular for his occasional radio broadcasts. Among his best-known works is his only novel, Zuleika Dobson, published in 1911. His caricatures, drawn usually in pen or pencil with muted watercolour tinting, are in many public collections. 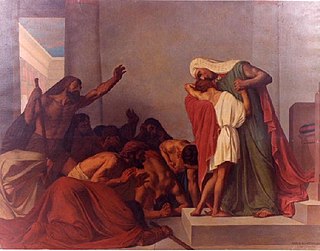 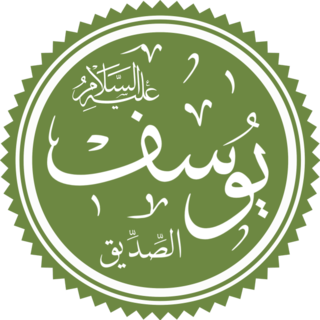 Yūsif bin Yaʿkūb bin Isḥāk bin ʾIbrāhīm is a prophet mentioned in the Quran, and corresponds to Joseph, a person from the Tanakh, the Jewish religious scripture, and the Christian Bible, who was estimated to have lived in the 16th century BCE. It is one of the common names in the Middle East and among Muslim nations. Of all of Jacob's children, Joseph was the one given the gift of prophecy. Although the narratives of other prophets are mentioned in various Surahs, the complete narrative of Joseph is given only in one Surah, Yusuf, making it unique. It is said to be the most detailed narrative in the Qur'an and bears more details than the Biblical counterpart.

Wanda is a female given name of Polish origin. It probably derives from the tribal name of the Wends. The name has long been popular in Poland where the legend of Princess Wanda has been circulating since at least the 12th century. In 1947 Wanda was cited as the second most popular name, after Mary, for Polish girls, and the most popular from Polish secular history. The name was made familiar in the English-speaking world by the 1883 novel Wanda, written by Ouida, the story line of which is based on the last years of the Hechingen branch of the Swabian House of Hohenzollern. In the United States, Wanda attained its highest popularity in the year 1934 peaking then at No. 47 on the list of names most frequently given to female infants. The name is popularly interpreted as meaning "wanderer." 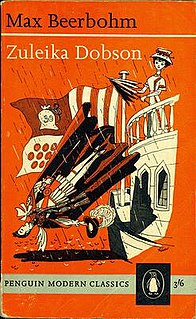 Zuleika Dobson, full title Zuleika Dobson, or, an Oxford love story, is the only novel by Max Beerbohm, a satire of undergraduate life at Oxford published in 1911. It includes the famous line "Death cancels all engagements" and presents a corrosive view of Edwardian Oxford.

Zuleika is a musical with music by Peter Tranchell and book and lyrics by James Ferman. The musical is based on the 1911 novel, Zuleika Dobson, by Max Beerbohm.

Vashti was a queen of Persia and the first wife of Persian King Ahasuerus in the Book of Esther, a book included in the Tanach and the Old Testament and read on the Jewish holiday of Purim. She was banished for her refusal to appear at the king's banquet to show her beauty as the king wished, and Esther was chosen to succeed her as queen. In the Midrash, Vashti is described as wicked and vain. She is viewed as an independent-minded heroine in feminist interpretations of the Purim story.

Aziz was originally a Northwest Semitic Phoenician-Aramaic-Hebrew-Arabic word, but is now much more commonly known as a Central Semitic Arabic male name. The feminine form of both the adjective and the given name is Aziza.

Cleopatra Jones is a 1973 American blaxploitation film directed by Jack Starrett. Tamara Dobson stars as an undercover government agent who uses the day job of supermodel as her cover and an excuse to travel to exotic places. Bernie Casey, Shelley Winters and Antonio Fargas also feature. The film has been described as being primarily an action film, but also partially a comedy with a spoof tone. 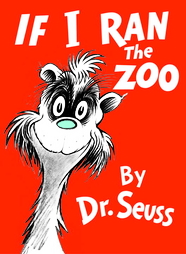 Dobson is an English and Scottish surname.

Zuleyka Jerrís Rivera Mendoza Dias is a Puerto Rican actress, TV host, dancer, model and beauty queen who won Miss Universe 2006 in Los Angeles. She was previously crowned Miss Puerto Rico Universe 2006. She made her debut as a telenovela actress in Mexico's Telemundo's soap opera Dame Chocolate in 2007, which was followed by several other soap opera roles. In 2017 she appeared in the music video for "Despacito" by Luis Fonsi.

According to Jewish and Islamic tradition, Zuleikha was the name of Potiphar's wife. These names may also refer to:

Arabella is a female given name of Greek origin.

Name list
This page or section lists people that share the same given name. If an internal link led you here, you may wish to change that link to point directly to the intended article.
This page is based on this Wikipedia article
Text is available under the CC BY-SA 4.0 license; additional terms may apply.
Images, videos and audio are available under their respective licenses.