118 118 is the UK telephone number for a US owned directory enquiries provider. Once wildly popular for its advertising featuring two runners, the service has experienced a dramatic decline in calls due to easily accessible information via mobile devices. Calls are answered from call centres in the Philippines, with some administration in Cardiff, Wales and other management offices in London [1] that provides telephone numbers, given subscriber name and address, and answers general questions on any subject. 118 118 started operation in December 2002. In September 2013 the company started 118118Money, a provider of unsecured personal loans.

118 118 is the brand name of The Number UK Ltd, a wholly owned subsidiary of US directory enquiries provider Knowledge Generation Bureau (formerly InfoNXX).

In 2006, kgb, the parent company of 118 118 in the UK, purchased rival Directory Assistance provider Conduit to produce the largest company of its type in the UK.

Numbers starting with "118" were designated for commercial directory enquiries when the fixed priced 40p British Telecom directory enquiries service on 192 and 142 was discontinued. The different 118 numbers were allocated by lottery. Originally Surrey-based Leaf Telecom was allocated the 118118 number; The Number UK Ltd paid a reported £2 million to acquire it. [2]

118 118 is primarily seen as a directory enquiries service, but provides a wider range of options, not only providing numbers to users but also train times, cinema listings and directions.

In May 2008, 118 118 introduced a service whereby customers can ask any question they want.

In December 2008, The Number UK Ltd, purchased Texperts, [9] which had operated in the UK since 2003. The service offered answers to questions on any topic sent via SMS text message by text message, for a charge of £3.50.

The company's lending business 118118Money, a subsidiary of kgb, launched as an online service in September 2013. The company states they are able to extend the availability of unsecured personal loans to people who may otherwise find it difficult to borrow.

118 118's advertising features two men with droopy moustaches, wearing items of clothing with 118 and two parallel red stripes on it. They have appeared in various forms, including 'mad professors' with crazy grey hair, and an army of 118 118 runners helping people across the nation to find businesses and services.

The 118 118 advertising was originally launched using the two men dressed as athletic runners. Used with the catchphrase "Got Your Number!", the runners' characters featured in a high-profile advertising and PR campaign leading up to deregulation in August 2003, when the original 192 directory number was switched off. This slogan has fallen into disuse by the marketing department of 118 118 because of the expansion of service beyond directory enquiries alone, but has lived on in the minds of the public. The use of the runners' characters is particularly noted for the legal action threatened, but never acted on, by 1970s record-breaking runner David Bedford. [10] 118 118 responded to this by stating that their inspiration was partly the late American runner Steve Prefontaine. Bedford subsequently briefly worked for 118 500, a rival directory enquiries service provided by BT.

Since then they appeared in a range of guises, including spoof detectives, as the company expanded on its range of services. During this period the slogan used was "We're here to help!".

In February 2006 a new advertising campaign was launched in which the runners appeared in advertisements in the style of the television show The A-Team, using the A-Team theme tune with the number 118 sung over the music. Various routes followed, and then in early 2009 Ray Parker Junior appeared alongside the droopy moustache men singing a 118 specific version of the Ghostbusters theme tune, at one point featuring the 118 men in place of the Stay Puft Marshmallow Man from the film. In late 2009, the runners were animated, specifically promoting food and drink establishments available for booking via 118 118. This service has since been discontinued, and in 2010 this campaign was dropped in favour of comedic scenarios. In 2013 the advertising shows an army of 118 118 runners, to illustrate that the service provides the numbers of many businesses.

In 2003, shortly after the company started operation, it was alleged that some call centre operators cut calls short to reduce the average call time, increasing bonuses payable under an incentive scheme. Oftel and ICSTIS warned the company that it could be fined or lose its licence to operate if found to have encouraged the practice, but were satisfied that the company had moved quickly to stamp out any abuses, including dismissing some employees after investigating. [11]

In 2008, 118 118 sent racist jokes about Asians and Pakistanis to users of its texted joke service, and complaints were made to the press. The company responded that the jokes were in breach of their standards, and apologised. [12]

In December 2013 it emerged that when asked for a number of a named business, 118 118 operators often give a sales pitch suggesting that a different company offering similar services be called instead. Companies whose customers were thus referred to competitors complained about this practice. 118 118 defended this cross-selling of services, suggesting it was partly because firms had not paid to be included on its database. They said that offers were compliant with the code of practice of regulator PhonepayPlus (now Phone-paid Services Authority). [13] However, the regulator added that a caller should receive the information requested without undue delay (chargeable as part of the call), and that unreasonably delayed callers should contact PhonepayPlus. 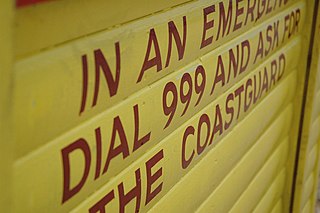 Telephone slamming is an illegal telecommunications practice, in which a subscriber's telephone service is changed without their consent. Slamming became a more visible issue after the deregulation of the telecommunications industry in the mid-1980s, especially after several brutal price wars between the major telecommunications companies. The term slamming was coined by Mick Ahearn, who was a consumer marketing manager at AT&T in September 1987. The inspiration for the term came from the ease at which a competitor could switch a customer's service away from AT&T by falsely notifying a telephone company that an AT&T customer had elected to switch to their service. This process gave AT&T's competitors a "slam dunk" method for the unauthorized switching of a customer's long-distance service. The term slamming became an industry standard term for this practice. 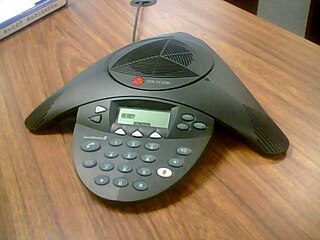 In telecommunications, directory assistance or directory inquiries is a phone service used to find out a specific telephone number and/or address of a residence, business, or government entity.

Last-call return, automatic recall, or camp-on, is a telecommunication feature offered by telephony service providers to subscribers to provide the subscriber with the telephone number, and sometimes the time, of the last caller. The service may also offer the facility to place a call to the calling party.

saynoto0870.com is a UK website with a directory of non-geographic telephone numbers and their geographic alternatives.

Openreach is a functional division of telecommunications company BT plc, that maintains the telephone cables, ducts, cabinets and exchanges that connect nearly all homes and businesses in the United Kingdom to the national broadband and telephone network. It was established in 2006 following an agreement between BT and the UK's telecoms regulator, Ofcom, to implement certain undertakings, pursuant to the Enterprise Act 2002, to ensure that rival telecom operators have equality of access to BT's local network.

1-5-7-1 is the name of a family of calling features in the United Kingdom, for residential and business telephone lines and for mobile telephones, that are provided by BT Group and several other telephone service providers. The family is named after the telephone number 1571, the special service number that is used to access it. Call Minder is the name of BT's highest level of 1571 service.

A non-geographic number is a type of telephone number that is not linked to any specific locality. Such numbers are an alternative to the traditional 'landline' numbers that are assigned geographically using a system of location-specific area codes. Non-geographic numbers are used for various reasons, from providing flexible routing of incoming phone calls to generating revenue for paid-for services.

Personal numbering is the name for the virtual telephone number service in the UK. Typically the national destination code used for this service is (0)70. The service provides a flexible virtual telephone number able to be routed to any other number, including international mobiles. For example, the UK number +44 70 0585 0070 might route to an Inmarsat satellite phone number, allowing the user to have a UK number while roaming globally.

Hospedia Ltd is a provider of bedside communication and entertainment units in UK hospitals, as well as clinical work flow solutions.

101 is the police single non-emergency number (SNEN) in the United Kingdom (UK), which automatically connects the caller to their local police force, in a similar manner to the pre-existing 999 emergency number. The 101 service was created to ease pressure, and abuse of the existing 999 system. Hazel Blears, then a UK government minister in the Home Office, stated that the new system would "strengthen community engagement". In 2004, ten million 999 calls were made in the UK; however, 70% of those calls were deemed not to be an emergency.

UK Calling is the name given to the legislation introduced by Ofcom in July 2015 to make the cost of calling UK service numbers clearer for everyone.