Cardiff Start is a community interest organisation based in Cardiff, Wales which aims to promote and develop the start up sector in Wales' capital city.

The group aims to empower entrepreneurs running startups in and around Cardiff, or those that work at them. It is Wales’s largest startup community. [2]

Cardiff Start was launched in April 2013 [3] by Neil Cocker, a Cardiff and Sofia, Bulgaria-based businessman who has started a number of tech businesses in the city, and Stephen Millburn, an app developer behind TradeBox Media. [4]

The organisation was founded as a community interest company.

The Cardiff startup scene has been aided by early interventions by the Cardiff Bay-based devolved Government, particularly through the Development Bank of Wales.

The early efforts were however still not deemed to be sufficient by the founders of Cardiff Start to compete with the burgeoning tech scene at East London Tech City or with other regional centres for technology such as Edinburgh.[ citation needed ]

Cocker has described the city as particularly lucrative as a centre for start up businesses and technology companies, with Cardiff University, Cardiff Metropolitan University, and University of South Wales all providing talented young computer-literate graduates who can fill demand for programmers and developers. The city lacked a particular conduit for networking and business advice, however, which is a focus for Cardiff Start's efforts. [5]

In 2017, the BBC covered the sector and the development of Cardiff Start, aided by interviews from Milburn and Cocker. [6] In the report, Cardiff Start described how nearly 80 tech start-up companies had received £60m from Development Bank of Wales in the past 10 years, but that its network of 2,500 members found that Government backed support was "often not fit for purpose". [6]

In 2019 Cardiff Start hosted, along with marketing firm Yard Digital, a "Startup Residency", attracting applications from a range of entrepreneurs in the city. [7]

The organisation frequently engages with media companies and journalists to promote the city's potential. In 2019 the group were cited by Small Business magazine in its Essential Guide to Starting a Business in Cardiff. [5]

The group engages with the range of stakeholders in the region, which include the Alacrity Foundation, Innovation Point, the National Cyber Security Academy, and the Cardiff Metropolitan School of Technologies. [6]

A startup or start-up is a company or project undertaken by an entrepreneur to seek, develop, and validate a scalable business model. While entrepreneurship refers to all new businesses, including self-employment and businesses that never intend to become registered, startups refer to new businesses that intend to grow large beyond the solo founder. At the beginning, startups face high uncertainty and have high rates of failure, but a minority of them do go on to be successful and influential. Some startups become unicorns; that is privately held startup companies valued at over US$1 billion.

Business incubator is an organization that helps startup companies and individual entrepreneurs to develop their businesses by providing a fullscale range of services starting with management training and office space and ending with venture capital financing. The National Business Incubation Association (NBIA) defines business incubators as a catalyst tool for either regional or national economic development. NBIA categorizes its members' incubators by the following five incubator types: academic institutions; non-profit development corporations; for-profit property development ventures; venture capital firms, and a combination of the above.

Coworking is an arrangement in which workers of different companies share an office space, allowing cost savings and convenience through the use of common infrastructures, such as equipment, utilities, and receptionist and custodial services, and in some cases refreshments and parcel acceptance services. It is attractive to independent contractors, independent scientists, telecommuting larger work teams that want flexibility and to avoid wasted real estate space if some employees are working from home, and work-at-home professionals, and people who travel frequently. Additionally, coworking helps workers avoid the feeling of isolation they may experience while telecommuting, traveling, or working at home alone, and eliminate distractions. Most coworking spaces charge membership dues. 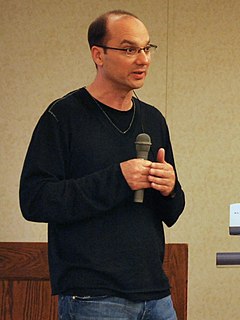 An angel investor is an individual who provides capital for a business or businesses start-up, usually in exchange for convertible debt or ownership equity. Angel investors usually give support to start-ups at the initial moments and when most investors are not prepared to back them. A small but increasing number of angel investors invest online through equity crowdfunding or organize themselves into angel groups or angel networks to share investment capital, as well as to provide advice to their portfolio companies. Over the last 50 years, the number of angel investors has greatly increased.

Klaus Hommels is a German venture capitalist based in Zurich, Switzerland. He focuses on early and growth-stage investments and has founded his own venture capital fund by the name of Lakestar, through which he has been investing mainly in Internet businesses. He has been involved in successful Internet investments such as Skype, Facebook and Xing.

The High Tech Campus Eindhoven is a high tech center and R&D ecosystem on the Southern edge of the Dutch city of Eindhoven. In 2016, the High Tech Campus is home to more than 140 companies and institutions, comprising over 10,000 product developers, researchers and entrepreneurs and an estimated 85 nationalities. The Financial Times, Fortune, Forbes and others have praised the High Tech Campus Eindhoven (HTCE) as one of the best locations in the world for high-tech venture development and startup activity. As such, the HTCE is an innovation district, a targeted area with a huge potential for innovation and entrepreneurship.

Neil Cocker is a Cardiff, UK-based entrepreneur and former music industry A&R. He is based in Cardiff, Wales and Sofia, Bulgaria. He founded the organisation Cardiff Start, which is aimed at promoting and growing new tech start-ups in the city, co-founded the TEDx Cardiff series, and is on the boards of Ffilm Cymru Wales and the Welsh Music Foundation. 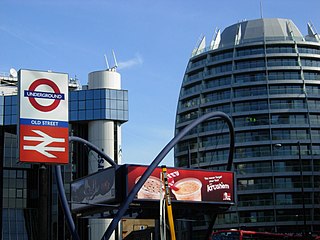 East London Tech City is the term for a technology cluster of high-tech companies located in East London, England. Its main area lies broadly between St Luke's and Hackney Road, with an accelerator space for spinout companies at the Queen Elizabeth Olympic Park.

Yabacon Valley (YV) is a nickname for an area within Yaba. Yaba is a suburb of Lagos, Nigeria and located at the mainland of the Lagos. This area is already growing as Nigeria's technology hub and cluster of hundreds of banking institutions, educational institutions, technology and startup companies which steadily attracts angel investors, venture capitalists, enthusiasts and media people from all over the world. This cluster is the major reason many technology firms are considering opening up shops in Yaba. Close to the region is the Lagos Lagoon which lies on its south-western side, it empties into the Atlantic via Lagos Harbor, a main channel through the heart of the city, 0.5 km to 1 km wide and 10 km long. The term originally was born from an unintentional act of an absent mind, manipulating the Silicon Valley name to create a nick version for this cluster while writing a story title. More so, due to the lagoon near this region, the term Silicon lagoon has also been used to refer to this cluster although this is yet to stick and its origin or creator is unknown.

In business, a unicorn is a privately held startup company valued at over $1 billion. The term was first popularised in 2013 by venture capitalist Aileen Lee, choosing the mythical animal to represent the statistical rarity of such successful ventures.

Tania Habimana is a Rwandan Belgian entrepreneur and television presenter.

Startups.co.uk is a UK business advice website, estimated at having 4.8 million readers. It was launched in 2000 by David Lester, who formerly founded the video game development company Impressions Games before selling it to Sierra Entertainment.

Jenk Oz is a British entrepreneur who is the Founder of Thred Media, a publishing, consulting and production company focused on social change, aimed at Generation Z. 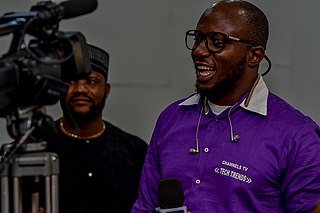 Chukwuemeka Fred Agbata Jnr. also known as CFA, is a Nigerian journalist, technology entrepreneur, business coach, public speaker and television presenter at Channels TV where he hosts the show Tech Trends. He is also a columnist for The Punch. He is the co-founder of godo.ng, director of Innovation Support Network Hubs and Director of Founder Institute Lagos, and the founder of CFAtech.ng. 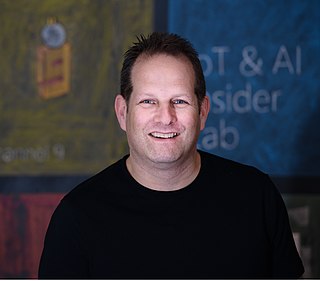 Tzahi "Zack" Weisfeld is an Israeli serial entrepreneur. He is a Vice President at Intel and the General Manager of Ignite, Intel’s global start-up program. Weisfeld held several positions at Microsoft, including General Manager of Global Startups and a management member of Microsoft’s R&D Center in Israel.