The 1st Malaya Infantry Brigade was a regular infantry brigade formed in 1939 with its headquarters in Singapore immediately after the outbreak of hostilities in Europe. [1] The Brigade participated in the Battle of Singapore against the Japanese until the surrender of the garrison in February 1942.

Singapore, officially the Republic of Singapore, is a sovereign island city-state in Southeast Asia. The country is situated one degree north of the equator, at the southern tip of the Malay Peninsula, with Indonesia's Riau Islands to the south and Peninsular Malaysia to the north. Singapore's territory consists of one main island along with 62 other islets. Since independence, extensive land reclamation has increased its total size by 23%. 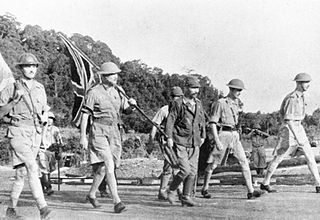 The Empire of Japan was the historical nation-state and great power that existed from the Meiji Restoration in 1868 to the enactment of the 1947 constitution of modern Japan.

The Malaya Command was a formation of the British Army formed in the 1920s for the coordination of the defences of British Malaya, which comprised the Straits Settlements, the Federated Malay States and the Unfederated Malay States. It consisted mainly of small garrison forces in Kuala Lumpur, Penang, Taiping, Seremban and Singapore.

The 2nd Malaya Infantry Brigade was a regular infantry brigade formed in 1940 with its headquarters in Singapore following the wartime expansion and reinforcement of Malaya Command. The Brigade participated in the Malayan Campaign and the Battle of Singapore against the Japanese until the surrender of the garrison in February 1942.

The 1st Battalion, Mysore Infantry served in airfield security duties during the Battle of Kota Bahru as part of the 8th Indian Infantry Brigade. With the collapse of the defences in Kota Bahru, the Battalion was withdrawn to Singapore and was joined with the Brigade on 18 December 1941. [4]

All organised Allied forces in Malaya had retreated to Singapore on 31 January 1942. The Brigade was deployed as part of the defence of the Southern Area of Singapore under the command of Maj Gen Frank Keith Simmons together with the 2nd Malaya Infantry Brigade, the Straits Settlements Volunteer Force Brigade and the 12th Indian Infantry Brigade. [5]

Major General Frank Keith Simmons, was a senior British Army officer during the Second World War. He was commander of the Singapore Fortress when it fell to the invading Imperial Japanese Army in February 1942. He spent the remainder of the war as a prisoner of the Japanese.

The 12th Indian Infantry Brigade was an infantry brigade at the outbreak of the Indian Army during World War II. It was sent to Singapore in August 1939 and took part in the Malayan Campaign before going into captivity with the Fall of Singapore in February 1942.

The Brigade put up a stubborn defence during the Battle of Pasir Panjang [6] which included the famous last stand at Bukit Chandu led by a platoon of C Company of the Malay Regiment under the command of 2Lt Adnan bin Saidi. [7] [8]

The Battle of Pasir Panjang, which took place between 12 and 15 February 1942, was part of the final stage of the Empire of Japan's invasion of Singapore during World War II. The battle was initiated upon the advancement of elite Imperial Japanese Army forces towards Pasir Panjang Ridge on 13 February.

With the fall of the Pasir Panjang Ridge, the Brigade fell back to the defensive line established along Mount Echo in Tanglin to Buona Vista. The Brigade was disbanded with the general surrender of the Singapore on 15 February 1942.

Tanglin is a planning area located within the Central Region of Singapore. Tanglin is located west of Newton, Orchard, River Valley and Singapore River, south of Novena, east of Bukit Timah, northeast of Queenstown and north of Bukit Merah.

Buona Vista is a housing estate located in the subzones of one-north and Holland Drive in the residential township of Queenstown in Singapore. The housing estate is served by the Buona Vista MRT Station which links it up with the MRT system. It also has a bus terminal.

The following units were put under the command of the Brigade when it was initially formed as the Malaya Infantry Brigade in 1939: [9]

With the formation of the 2nd Malaya Infantry Brigade, units were transferred to the new Brigade: [4]

The following units were under the command of the Brigade during the outbreak of hostilities in Malaya on 8 December 1941: [10]

The final order of battle of the Brigade prior to its surrender and dissolution: [4] [10] 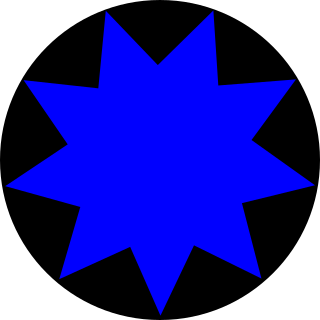 The 9th Indian Infantry Division was an infantry division of the Indian Army during World War II. The division formed part of Indian III Corps in the Malaya Command during the Battle of Malaya. It was commanded by Major-General Arthur Edward Barstow.

The 7th Infantry Brigade and Headquarters East is a formation in the British Army with a direct lineage to 7th Armoured Brigade and a history that stretches back to the Napoleonic Wars. It saw active service in the Crimean War, the Second Boer War and both the First and the Second World Wars. In 2014, the 7th Armoured Brigade was re-designated as 7th Infantry Brigade, thereby ensuring that the famed "Desert Rats" continue in the British Army's Order of battle.

The 2nd Infantry Brigade was a regional brigade of the British Army, active since before the First World War. It was the regional formation of the Army in the South East of England–the Brigade commanded and administered soldiers throughout Kent, Surrey and Sussex–but also Brunei. In December 2014 the Brigade merged with 145 (South) Brigade to form Headquarters 11th Infantry Brigade and Headquarters South East.

The 11th Indian Infantry Division was an infantry division of the Indian Army during World War II. It formed part of Indian III Corps in the Malaya Command during the Battle of Malaya.

The 210th Independent Infantry Brigade (Home) was an infantry brigade formation of the British Army organised during the Second World War to command a group of newly raised Home Defence battalions. It was later converted to a frontline brigade that served with distinction in the later years of the war, the 38th (Irish) Infantry Brigade.

The Japanese Imperial Army landed the 25th Army under the command of General Tomoyuki Yamashita on the east coasts of Malaya and Thailand on the night of 7 December 1941.

The 20th Indian Infantry Brigade was an infantry brigade formation of the Indian Army during World War II.

The 27th Brigade was a brigade-sized infantry unit of the Australian Army. The brigade was the last Second Australian Imperial Force infantry brigade raised for service during World War II. Initially assigned to the 9th Division, the brigade was transferred to the 8th Division shortly after it was raised. Training was undertaken around Bathurst, New South Wales throughout early 1941, before the brigade was sent to British Malaya in August 1941 to reinforce the 22nd Brigade, which had been dispatched earlier in the year. Following the Japanese invasion of Malaya, the brigade went into action in January 1942, taking part in the fighting along the western side of the Malay Peninsula. Its main action during this period came around Muar before the withdrawal to Singapore. In February, the brigade took part in the short lived Battle of Singapore. When the garrison surrendered on 15 February, the majority of the brigade's personnel were taken prisoner. They subsequently spent the remainder of the war in captivity before being released in August 1945. 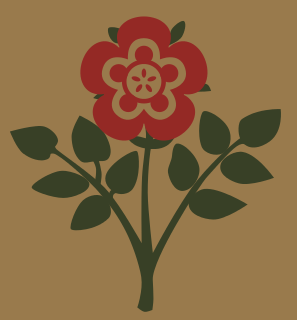 The 164th Brigade was an infantry brigade of the British Army that saw active service in World War I and remained in the United Kingdom throughout World War II, now as the 164th Infantry Brigade. Throughout both wars the brigade was part of the 55th Division. 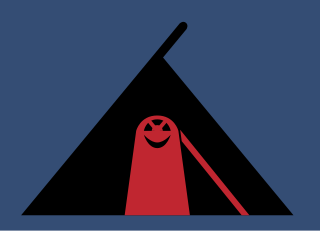 The 197th Brigade was an infantry brigade formation of the British Army that saw distinguished active service in both the First and Second world wars.

The 218th Brigade was a Home Service formation of the British Army during World War I and World War II.