A Voyage Round My Father

A Voyage Round My Father is an autobiographical play by John Mortimer, later adapted for television. 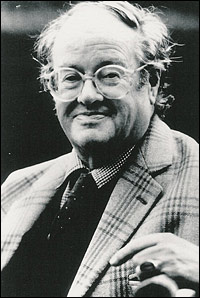 The first version of the play appeared as a series of three half-hour sketches for BBC radio in 1963. It then became a television play with Ian Richardson playing Mortimer, Tim Good the young Mortimer, and Mark Dignam his blind barrister father. Mortimer then adapted it for the stage, and it appeared at the Haymarket Theatre in 1971 with Alec Guinness as the father and Jeremy Brett as the son. Mortimer later (1982) turned the play back into a film for television (produced by Thames Television for ITV) in which Laurence Olivier played the father, Alan Bates the son, Elizabeth Sellars the mother and Jane Asher Elizabeth. This production was notable for including blind actor Esmond Knight in a sighted role, as a judge whom Mortimer senior faces. It was filmed in Mortimer's own house.

In June 2006, the play was revived at the Donmar Warehouse with Derek Jacobi and Dominic Rowan; it transferred to Wyndham's Theatre in September. [1]

Dominic Rowan is an English television, film and theatre actor. He played CPS prosecutor Jacob Thorne in the ITV crime drama Law and Order: UK and as Tom Mitford in the Channel 4 drama series North Square. Rowan has also had an extensive stage career.

Emily Kathleen Anne Mortimer is an English actress and screenwriter. She began acting in stage productions and has since appeared in several film and television roles. In 2003, she won an Independent Spirit Award for her performance in Lovely and Amazing. She is also known for playing the role of Mackenzie McHale in the HBO series The Newsroom, and as the voice actress of Sophie Hatter in the English language version of Howl's Moving Castle (2004), Match Point (2005), Lars and the Real Girl (2007), Chaos Theory (2008), Harry Brown (2009), Shutter Island (2010), Hugo (2011), and Mary Poppins Returns (2018).

Robert Lindsay, is an English actor. He is known for his stage and television work, including appearances with the Royal Shakespeare Company and in musical theatre, and his roles as the narrator on the TV adaptations of the children's television series Brambly Hedge, Wolfie Smith in Citizen Smith, Captain Pellew in Hornblower, and Ben Harper in My Family. He has won a BAFTA, a Tony Award, and three Olivier Awards for his work. 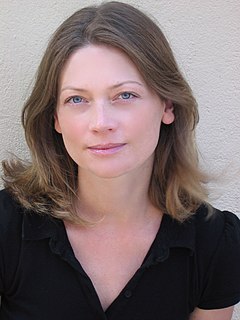 Sophie Anna Ward is an English actress. Early in her career she played Elizabeth Hardy, the love interest of Sherlock Holmes in the film Young Sherlock Holmes.

Sinéad Moira Cusack is an Irish stage, television and film actress. Her first acting roles were at the Abbey Theatre in Dublin, before moving to London in 1975 to join the Royal Shakespeare Company. She has won the Critics' Circle and Evening Standard Awards for her performance in Sebastian Barry's Our Lady of Sligo. Cusack has received two Tony Award nominations: once for Best Leading Actress in Much Ado About Nothing (1985), and again for Best Featured Actress in Rock 'n' Roll (2008). She has also received five Olivier Award nominations for As You Like (1981), The Maid's Tragedy, The Taming of the Shrew (1983), Our Lady of Sligo (1998) and Rock 'n' Roll (2007). 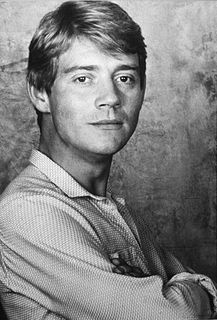 Anthony Colin Gerald Andrews is an English actor best known for his role as Lord Sebastian Flyte in the 1981 ITV miniseries Brideshead Revisited (1981). He is also known for playing the title roles in Ivanhoe, Operation Daybreak and The Scarlet Pimpernel, and for portraying Prime Minister Stanley Baldwin in The King's Speech (2010). For his performance in Brideshead Revisited Andrews won a Golden Globe and BAFTA TV Award, as well as being nominated for an Emmy.

Wyndham's Theatre is a West End theatre, one of two opened by actor/manager Charles Wyndham. Located on Charing Cross Road in the City of Westminster, it was designed c.1898 by W.G.R. Sprague, the architect of six other London theatres between then and 1916. It was designed to seat 759 patrons on three levels; later refurbishment increased this to four seating levels. The theatre was Grade II* listed by English Heritage in September 1960.

Peter Nigel Terry was an English stage and film actor probably best known by film audiences for his portrayal of King Arthur in John Boorman's Excalibur (1981). Terry primarily dedicated himself to the classical stage. When he extended himself into film and TV outings, it was mostly for historical or period roles. 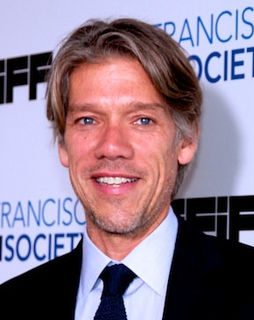 Stephen Gaghan is an American screenwriter and director. He is noted for writing the screenplay for Steven Soderbergh's film Traffic, based on a Channel 4 series, for which he won the Academy Award, as well as Syriana which he wrote and directed.

Alan Douglas Cox is an English actor. He is perhaps most widely known for portraying a teenage Dr. Watson in Barry Levinson's production Young Sherlock Holmes (1985).

Breaking the Code is a 1986 play by Hugh Whitemore about British mathematician Alan Turing, who was a key player in the breaking of the German Enigma code at Bletchley Park during World War II and a pioneer of computer science. The play thematically links Turing's cryptographic activities with his attempts to grapple with his homosexuality.

Alvin Rakoff is a Canadian television, stage, and film director who has spent the bulk of his career in England and directed more than 100 television plays, as well as a dozen feature films and numerous stage productions. Among other awards, he is twice winner of the International Emmy Award, for A Voyage Round My Father, starring Laurence Olivier, and Call Me Daddy, starring Donald Pleasence.